Twelve books get a chance each year to be presented for filmmakers’ consideration at the Berlin International Film Festival’s ‘Books at Berlinale’ event. 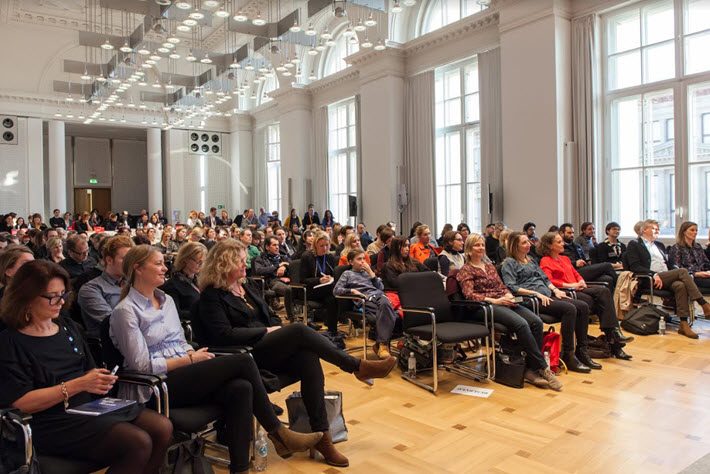 Time Will Tell What Comes of This Year’s Pitches

Hollywood has been in town during the 67th Berlin International Film Festival, which just closed Sunday (February 19). While famous actors were on the red carpet in the German capital, the true stars were the stories on screen.

And, as Publishing Perspectives reported, 12 books considered to have good potential for screen adaptation were in a special spotlight a week ago at the 2017 edition of the Books at Berlinale competition.

The “win,” in the case of this event, is having a book chosen to be pitched to filmmakers. What actually comes of the afternoon’s efforts can only be told over time, as talks ensue and the potential for salable adaptation is explored. 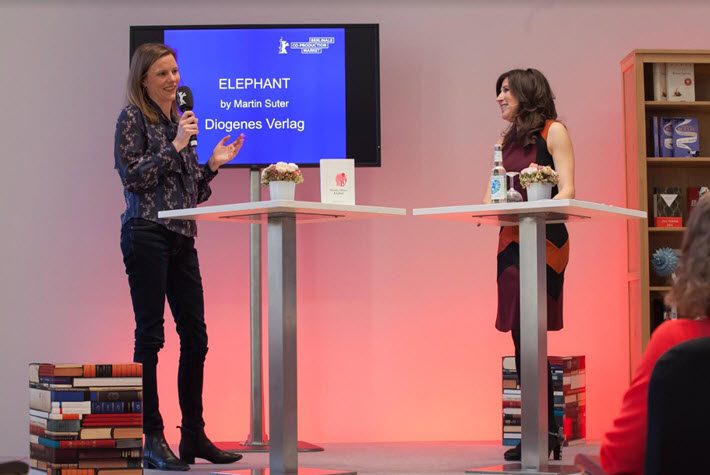 ‘Story Is Stronger Than Format’

“People always want a good story,” said creative coach Syd Atlas in opening the event on February 14. “The story is stronger than the format.”

The event—at which publishers, authors, agents, and rightsholders pitch books in hopes of screen adaptations—has been organized since 2006 by the film festival in cooperation with Frankfurt Book Fair.

Set at the heart of the Berlinale Co-Production Market, the event is surrounded by the glamour of the international film world. Fascinating stories are in the spotlight: Over the course of three hours, the key question is which literary works have the potential be successful if adapted for the screen?

With more than 130 submissions in competition for the 12 slots this year, the best entries, according to Frankfurt communications and public relations chief Kathrin Grün, are new—”books which were recently published, or are about to be released.

“Bestsellers certainly catch the attention of film producers,” she says. “However, in the end, it all depends on the quality of the story and the characters, as the example of Philipp Winkler’s book Hool illustrates. Literary agent Elisabeth Ruge has been talking with more than 20 film production companies since presenting the novel at Books at Berlinale last year.”

There was a lot of diversity in the international novels chosen to be pitched Books at Berlinale. The books put forward included science fiction, historical drama, and thrillers. The titles’ topics varied widely, too, from the extinction of bees to little mascots who set out to save the world.

Here are the books that were chosen to have their moment of promotion: 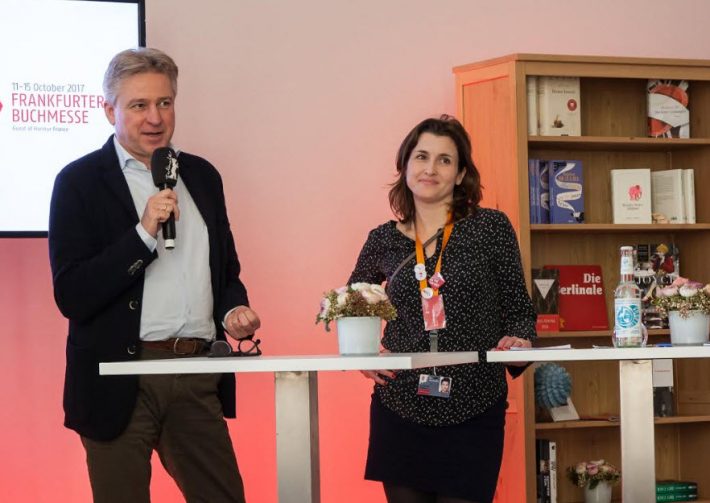 The Price of Imagination

A packed room heard the pitches for the 12 books, with roughly 150 players in the film industry present.

Moving stories such as those of James Joyce’s daughter and of the banker Hugo Simon’s journey to exile in Brazil during the Third Reich vied with the fantastical worlds of the prize-winning Iraqi-Kurdish writer Bachtyar Ali and the test-tube-generated pink elephant from which the most recent book by bestselling author Martin Suter takes its title, Elefant.

Were producers rushing to develop the next blockbuster? Maybe not.

“Creating such a futuristic film world would be very expensive,” said producer Cardon, for example, about The History of Bees, Norwegian author Maja Lunde’s dystopian novel.

‘To Spread a Story’

After each of the 12 books had been presented, discussions between rightsholders and filmmakers ensued over coffee and pancakes.

“This is such an international audience,” said Sarah Lewis of the UK-based agency The Artists Partnership.

“It’s a great opportunity to spread a story into many countries,” confirmed Amélie Louat of the French publishing house Éditions Zulma. This was Louat’s first time to present a novel at the event, Le Garçon (The Boy) by Marcus Malte.

Dorien van Londen of the Dutch agency Shared Stories can look back at a history of success: “Last Friday was the world premiere of Herman Koch’s The Dinner” with Richard Gere, she said, “right here at the Berlinale.”

Van Londen said she’s now hoping for a similar success for Koch’s new bestseller De Greppel (The Ditch), which she presented this month at Books at Berlinale.

And Louat said she was hoping for such success, allowing her next year to say, “I sold the rights of the book” for a film adaptation eventually screened in Berlin. 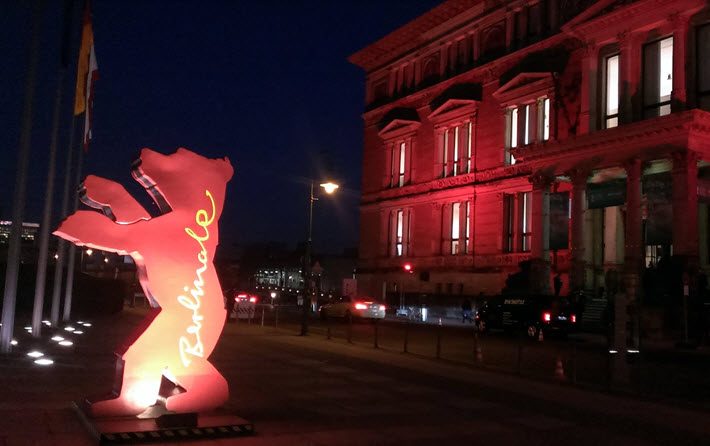 Ines Bachor is in the marketing and communications office of Frankfurt Book Fair.