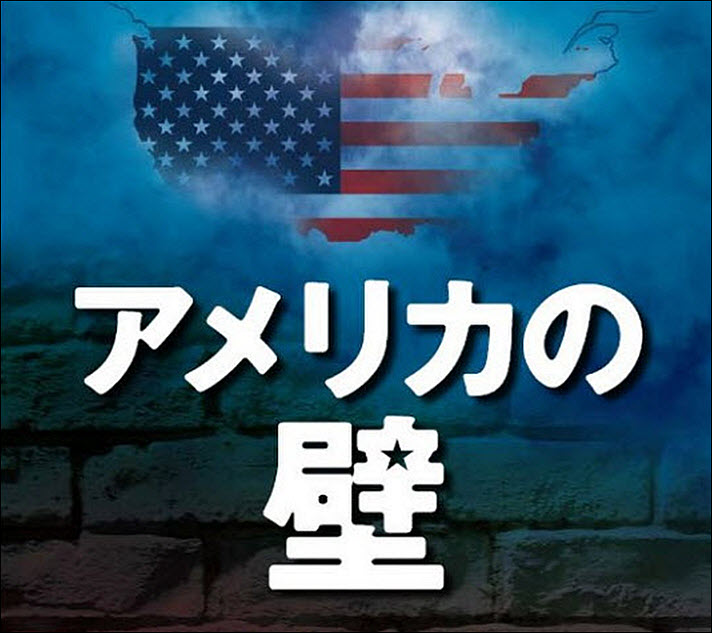 Originally published in 1977, the late Sakyo Komatsu’s story about isolationism in the United States has just been reissued as an ebook in Japan.

Highly charged political times can yield interesting finds in publishing. Such a case is playing out in Japan at the moment, where a 40-year-old science-fiction story has been re-released as an ebook. 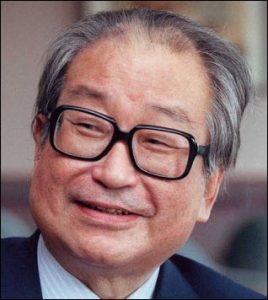 “America’s Wall” is about a US president who touts the phrase “shining America” until, in his third year in office, the country is surrounded by a mysterious cloud-bank wall, resulting in the States descending into isolationism.

Komatsu had said in an interview that he thought making America disappear from the world stage would illustrate its significance and expose its weakness as a nation.

The story appears to have been something of a reaction to the post-Vietnam era when the United States’ protracted conflict in Southeast Asia created a new sense of uncertainty for many both in the country and watching from outside.

A Tale of Travel, Communication Cut Off

The story begins with a Japanese reporter staying in New York, where a phone call to his family is suddenly cut off and international flights are cancelled.

As Americans celebrate the Fourth of July, the cloud-wall rolls in, preventing transmission or transportation. President Monroe, about to be re-elected, announces, “America will survive this, emerging from it stronger than before.” But as the Japanese reporter investigates Monroe’s background, he begins to suspect that the wall has been artificially created by the American government to deliberately isolate the nation from the rest of the world.

“I’m not sure if I should celebrate the fact that something tantamount to Orwell’s 1984, or Animal Farm…was written in Japan.”Taiyo Fujii

The new digital release of the story is part of a collection called Amerika no kabe (American Wall). The story in 1977  in Hayakawa Shobō’s S-F Magazine and then was published with five other stories in a book by publisher Bungeishunjū, which this month has released the new standalone ebook edition.

And in a report in The Mainichi, Komatsu’s former assistant, Junko Otobe, is quoted, saying, “Komatsu watched a US that had seen itself as the world’s policeman and upheld the standards of justice become shattered by the Vietnam War and lose its confidence.

“That may have been the foundation of which the story was built.”

‘We’ve Made Such Progress’

Taiyo Fujii is the Nihon SF Taisho Award-winning author of Orbital Cloud, which is to be published by Haikasoru on March 21 in an English translation by Timothy Silver. His self-published Gene Mapper (2012) was republished in print and digital formats in 2013 by Hayakawa Publishing.

Fujii is also the current director of the Science Fiction and Fantasy Writers of Japan, a post Komatsu held from 1980 to 1983.

In comments to Publishing Perspectives, Fujii talks about his personal concern about the new US administration: 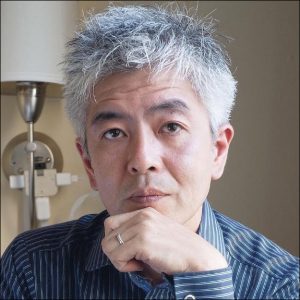 “We’ve made such progress since the days [when] Komatsu wrote ‘America’s Wall,'” he says, “but that progress is about to be undone…

“I’m not sure if I should celebrate the fact that something tantamount to Orwell’s 1984, or Animal Farm, which articulated the post-truth world, was written in Japan.”

Translation rights inquiries on the newly reissued “America’s Wall” by Sakyo Komatsu can be directed to: foreignrights@bunshun.co.jp

The full article from The Mainichi is here.

Kay Ohara, currently based in Tokyo, is with Lingual Literary Agency and works to introduce Japanese literature and authors to publishers in international markets.