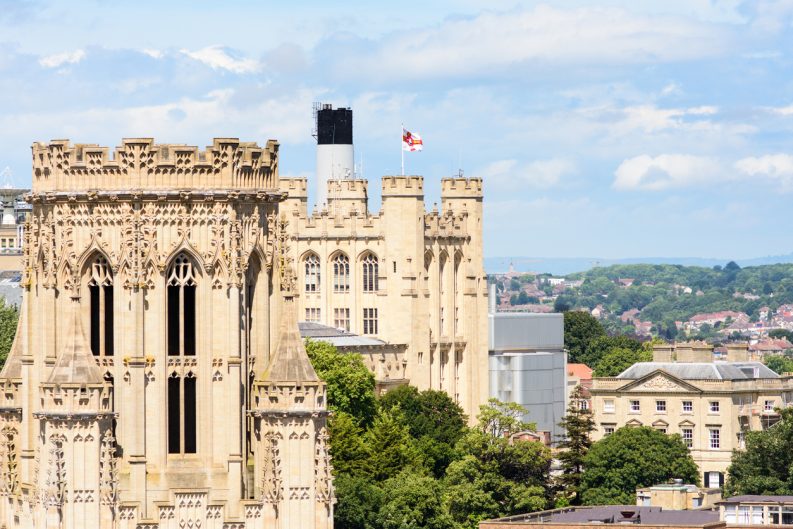 At the UK’s newest university press, key points of campus-based publishing emerge: ‘You’ve just got to be really clear about why you’re innovating.’ A view of the University of Bristol’s H.H. Wills Memorial Building and School of Physics. Image – iStockphoto: Joe Dunckley

In a challenging political climate, the place of university presses and academic freedom can be expected to take on special significance. This creates heightened interest around the launch of a new campus-based house in the UK, the University of Bristol Press—especially when the existing press there, Policy Press, is ‘known as being quite political.’ —Porter Anderson

‘We Need…To Do Some Shouting’

The past few years have seen a resurgence of university presses in the UK, with five new houses founded on an Open Access (OA) model. The UK’s newest university press, however, is the University of Bristol Press, announced in October at Frankfurt Book Fair. And it partly bucks the OA trend: Bristol is not purely OA and it’s not entirely new.

“Policy Press is obviously known as being quite political. It can be a bit shouty…Particularly in the current political climate: we need to be able to do some shouting.”Alison Shaw

The University of Bristol Press (UPB) will build on the success of the university’s existing publisher, the well-established Policy Press. It recently celebrated its 20th anniversary, and is currently the holder of the IPG Frankfurt Book Fair Academic & Professional Publisher award.

Publishing Perspectives has spoken with Alison Shaw, head of Policy Press from its foundation, and now of University of Bristol Press too, to find out more about both UBP and Policy.

Speaking at last year’s University Press Redux conference in Liverpool, Shaw suggested that Policy Press had taken its original form and name because, at the time, the University of Bristol didn’t want a university press.

Asked what changed, Shaw suggests it was a combination of factors: “Our profile had risen to such an extent,” she says, that “we had a couple of champions within the university, and then the IPG Award and a new vice chancellor and a new strategy within the university all coincided, and at that point I was pushing on an open door. “The kind of thing we want to do ticks a lot of boxes for the university, which is about profile-raising, along with the quality of the content, impact, and engagement.”

Shaw says that the two presses will function effectively as “sister imprints,” although Policy Press–which currently publishes 130 books per year and nine journals–will remain the larger of the two for some time.

“UBP will do the traditional scholarly—or maybe not-so-traditional—stuff that you’d expect coming out of a university press. It’ll be in the mainstream–subjects like economics, business and management, sociology, and criminology, and law, and politics–and it’ll do the scholarly end of things: higher level texts, and monographs.”

Policy Press will retain its “social action, publishing for a purpose” remit: “Policy Press is obviously known as being quite political,” Shaw says. “It can be a bit shouty when it wants to be. And I think that that’s important, particularly in the current political climate: we need to be able to do some shouting.”

The past 20 years have seen enormous changes in academic publishing, and a key to Policy Press’ success has been an ability to anticipate change and mitigate its effects.

Policy started out as primarily a publisher of social science research reports, Shaw says, supported by “a strong collaborative co-publishing agreement with the Joseph Rowntree Foundation.” But it then anticipated the move to free online distribution of those reports by “getting a commissioning editor in and really focusing on proactive commissioning,” she says, so that when the funding collapsed, “we actually managed to cover what was a substantial amount of money with sales from our own books.”

The sector’s move to digital has, she says, “transformed everything about scholarly content: how we provide it, how it’s consumed, how it’s sold and purchased.”

Not every impact has been positive: “When we first sold journals,” Shaw said, “we sold them in print, and we sold multiple copies to one institution because each department needed a copy. The transition to journals online obviously had an impact on the bottom line,” but it has also “allowed us to do lots of new and interesting things, both in terms of content and also in terms of reaching your consumer.”

‘We Have To Be Really Imaginative’

“Research is changing, research engagement is changing, and how you support researchers, and tutor the students and teachers, is all changing. We have to be really imaginative about how we serve those communities.”Alison Shaw

Policy Press’ continued success has been based on what Shaw describes as “balancing the risk across a range of product types and a range of means of getting the revenue in.” This has meant publishing in new subject areas, “social work, and criminology.”

It also has meant new formats including textbooks and a notably successful scholarly trade list which, Shaw says, has had an enormous effect in changing perceptions of Policy: “Those things have been really successful for us, and have raised our profile.

“That’s a key thing. Some of those trade books get reviewed in the mainstream papers, and get authors on [BBC One’s] Question Time–that’s the kind of stuff that makes people see you differently.”

A willingness to experiment has also been vital, Shaw says. “Research is changing, research engagement is changing, and how you support researchers, and tutor the students and teachers, is all changing. We have to be really imaginative about how we serve those communities.”

Successful innovation, Shaw says, requires close analysis and careful planning. “You’ve just got to be really clear about why you’re innovating, what the endgame is, what’s your return on investment. Is it financial? Is it reputational? Is it to provide a service that maybe gets you into the marketplace in a different kind of way? There are lots of different things you can do to innovate.”

The year 2017 may be fairly quiet for the fledgling press in terms of output. Posts are being filled, Shaw says. “We’ll be doing all the grunt work, really. We won’t be putting out product, or if we do, it’ll be toward the end of the year.”

It will be business as usual at Policy Press, however, which already has several big titles lined up.

Three books in particular stand out for Shaw:

In such turbulent times as these, Policy Press will, as Shaw indicates, keep on shouting.