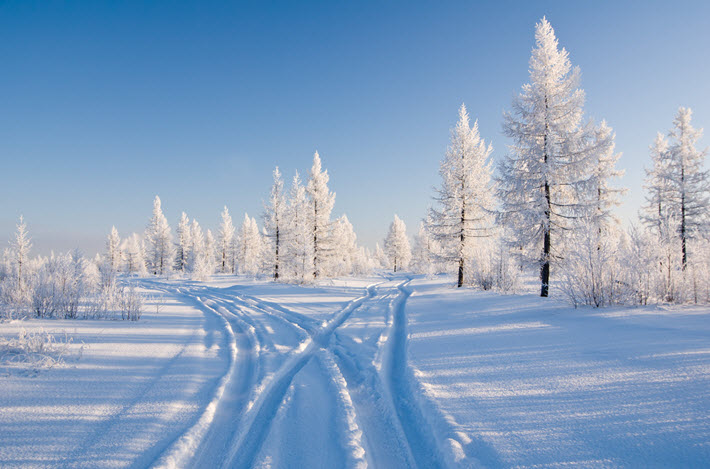 ‘Everyone knows it’s a race but no one’s sure of the finish line.’ Shelfie’s executives talk with us (and wax poetic) about the startup scene in publishing—and lessons learned. As we look ahead to 2017, there’s a sense that publishing startups aren’t the hot topic they were. Some say it’s fatigue, too many failures. Peter Hudson and Mary Alice Elcock of Canada’s Shelfie have first-hand insights that come from succeeding with a startup—they know what it takes, and why. Among their most telling lines: ‘Respect for the complexity and cadence of the publishing industry.’—Porter Anderson

‘I Absolutely Would Do This Again’

In the world of publishing startups, Vancouver-based Shelfie has shown resilience and staying power.

Shelfie, as we’ve featured in previous coverage, is the app that lets readers bundle ebooks and audiobooks with the print titles they already own. It now also offers a recommendation service, suggesting next reads based on a reader’s existing bookshelf. And with more than 2,100 publishers on board, Shelfie is showing no signs of slowing its growth.

More than three years in—and with thousands of cold calls behind him—Shelfie’s CEO and co-founder Peter Hudson says he sees the industry from the rare perspective of a successful startup. He and Mary Alice Elcock, Shelfie’s vice president for content, speaks here with Publishing Perspectives about the current state of the startup as seen from the vantage point of their own company’s staying power.

The pace of startups entering the market is slowing, Hudson says. But that, says Elcock, doesn’t mean there aren’t opportunities for both startups and publishers willing to experiment and innovate to reach new readers.

Publishing Perspectives: We’ve seen a lot of startups come and go, and yours has shown real staying power. Where are we now in the world of publishing startups? Peter Hudson: The reason we’re likely seeing fewer startups is that founders—and the investors who fund them—tend to look for opportunities in large markets that are undergoing rapid change.

When ebook adoption was growing 200 percent year-on-year and battles were being fought over agency pricing, lots of startups joined the fray. As ebook growth has plateaued and agency pricing becomes dominant, fewer startups have emerged.

Interestingly, two of the startups that persist today, Scribd and Shelfie, operate under non-agency terms (subscription and bundling)—but that’s a discussion for a different time.

PP: How do you see the newer entries in the field? Do they focus on trade publishing or are they trying to offer something other than a book—digital storytelling or augmented reality, for example?

PH: I’m not sure I have a good answer for that question. Running through the list of startups that come to mind in publishing, it feels like most of these startups—Scribd, Shelfie, Enthrill, Aer.io, Canelo, Booktrack, Wattpad, among others—are working with publishers in some way.

Notably, Wattpad is one of the most successful and is perhaps the startup that’s working the most on an alternative to a traditional publishing model for production of content.

PP: You’ve passed the three-year mark now, and have made a real success of this venture. When people see a startup succeeding, they don’t think about what it’s taken to get to that place. As we’ve discussed with you before, you’ve made a lot of calls and knocked on a lot of doors. Do you have the impression that major publishers have learned how to work better with startups?

PH: Some of the big publishers have learned to work well with startups—for example, HarperCollins. While I have a biased opinion [Harper Collins was among the first major publishers to work with Shelfie, or BitLit as it was called at the time], I think this is to their long-term advantage.

By participating at the earliest stages, HarperCollins is able to set the terms of engagement. Further, with their well-earned reputation for being innovative, HarperCollins will almost always be the first to hear about any new technologies or models that come to market. Mary Alice Elcock: I think we have a tendency when we talk about publishing to think that “big companies” means the Big Five, meaning trade. The longer I spend working in the publishing sphere, the clearer the delineations between different types of publishers become.

When we talk about technical publishers, for instance, I can say, unequivocally, that they have learned how to work with startups. Springer, Elsevier, O’Reilly, Wiley, McGraw-Hill: these are all publishers that are looking for new ways of reaching and serving their customers.

Genre fiction, too, has pioneered many of the ideas—ebook bundling among them—that have become successful startups like Shelfie. And then, as Peter says, there are very innovative Big Five publishers, like HarperCollins, willing to experiment broadly.

But overall, I’d say that no two publishers are exactly alike and it depends entirely on who’s at the head of the enterprise and what their views of the future are. It always makes me think of the Dean Young poem, “Whale Watch,” in which he writes: “Everyone knows / it’s a race but no one’s sure of the finish line.”

PP: Have startups learned how to work better with trade publishers?

“As the CEO of a startup I worry about three things: team, vision, and money. Depending on the night of the week, one of those three things is keeping me awake.”Peter Hudson

PH: It’s hard to say if startups have learned to work better with the majors. I can speak for Shelfie and say that we certainly have a better understanding and respect for the complexity and cadence of the publishing industry, which is unlike any other industry.

MAE: I think it’s as difficult to speak about startups generally, as it is to talk about publishers. While I’ve spent my whole career in the publishing industry, I certainly feel that I’ve learned more about publishing in the last three years than I knew coming into Shelfie and I think that makes our team better at working within the industry.

For my part, when I approach a new customer I always think: how can I make this as seamless as possible? Time is one of the biggest constraints in publishing, so we work hard to make entry to the platform fluid.

PP: Looking ahead, what are your biggest concerns? What keeps you up at night?

PH: As the CEO of a startup I worry about three things: team, vision, and money. Depending on the night of the week, one of those three things is keeping me awake.

MAE: I’m always focused on how we can grow our catalog and provide the best books to our customers and the highest sales to our publishers.

The beauty of Shelfie is that we really know all the books that are on a reader’s shelf [because the reader provides photos of bookshelves to the system]. This has led to some really exciting marketing campaigns—I spend a lot of time thinking about how to help a readers discover and buy their next favorite books.

‘The Future of How People Will Read’

PP: How big do you want to grow? How internationally can you scale? PH: Shelfie has a vision of connecting readers with books. That vision started with our bundling model, and has evolved into book discovery. We’ve changed the book discovery equation by using information about how millions of books are arranged on shelves to connect a reader with the next book they’ll love. Every year readers spend more than $100 billion on books. We think helping them find those books is a big opportunity.

PP: What’s ahead—for both a startup like yours that’s succeeding, and for those in earlier stages of development? If you had this to again, knowing what you know now, would you still do it?

PH: The future of Shelfie is continuing to execute against our vision of connecting readers with books both physically through bundling and over time through discovery.

“From a career development perspective, working at a startup means getting to tackle big problems every day.”Mary Alice Elcock

MAE: I absolutely, without question, would do this again.

From a career development perspective, working at a startup means getting to tackle big problems every day. In a traditional publishing job, it’s unlikely I would have tackled account management from contract negotiation to sales reporting, while also developing user emails and push notifications.

It’s exhilarating to be able to see so many pieces of the whole at once and how they all fit together. And it’s also been incredible to help guide the future of how people will read. I’m particularly excited about recommendations because, as a reader myself, I’m constantly trying to find my next great read.

An abbreviated version of this interview appeared in our Publishing Perspectives Show Daily on the opening day of Frankfurt Book Fair.