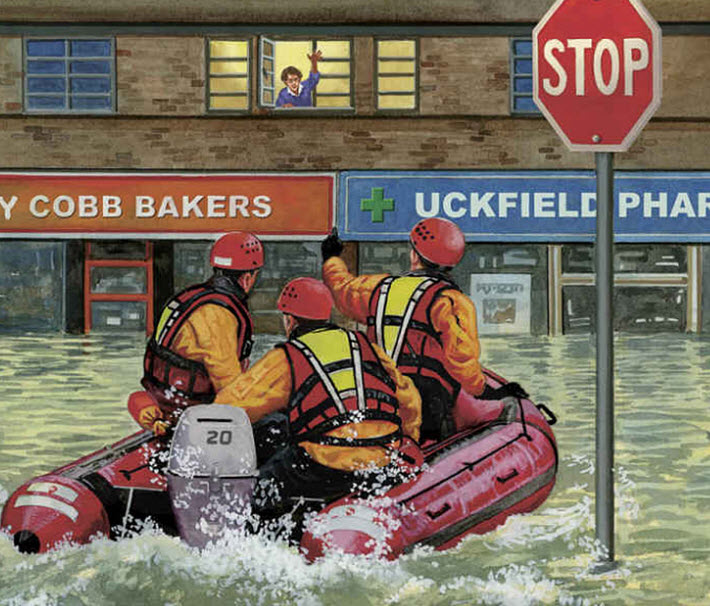 Released in the UK on Thursday (January 26), a new ‘expert book’ for adults from Penguin’s Ladybird imprint is co-written by the Prince of Wales.

Cover imagery from ‘Climate Change’ shows rescue personnel in a street flooded by water. The book’s illustrations are by Ruth Palmer, whose work is seen in many Ladybird Books titles.

‘Not Global but Political’ 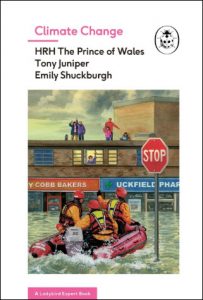 As BBC News has reported, the prince’s new book is billed as a Ladybird Expert Book for adults, a series of serious titles, not spoofs.

The 52-page guide, simply titled Climate Change is co-written by HRH the Prince of Wales with Tony Juniper, a former Friends of the Earth director and Emily Shuckburgh, who heads the open oceans division of the British Antarctic Survey. The book is illustrated by Ruth Palmer, whose work is familiar to those who know the Ladybird books.

Charles has previously co-written a book with Juniper and Ian Skelly titled Harmony: A New Way of Looking at our World (HarperCollins, 2010). Juniper has also served as a special advisor to Charles in instances including The Prince’s Charities’ International Sustainability Unit and the Rainforest Project.

Juniper is quoted by The Telegraph on the inception of the climate change book writings, saying: 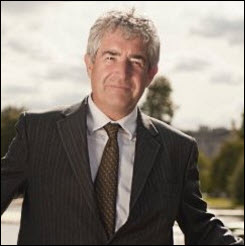 “[Charles] called me [with the idea of doing a plain-English guide] and said, ‘Would you like to think about how this might be done?’

“He wanted to present something everybody can read that cuts through some of the deliberately confusing misinformation that’s been put out there over the years, which I know he is very frustrated about.

“I spoke to my wife the day the Prince phoned…and she said, ‘Well, it sounds like a Ladybird book.’ So I wrote Prince Charles a note asking if he would like to explore that possibility and he said, ‘Yes, let’s try it.'”

The BBC quotes Juniper’s comments to the The Mail on Sunday, “His royal highness, Emily and I had to work very hard to make sure that each word did its job, while at the same time working with the pictures to deliver the points we needed to make. I hope we’ve managed to paint a vivid picture, and, like those iconic titles from the ’60s and ’70s, created a title that will stand the test of time.”

Charles, in an interview with Sky News, says that the main message of his book is, “about the need to act to avoid potentially devastating consequences later on.”

Perhaps in a reference to comments made about climate change during the US presidential election, Charles also says, “It does rather seem to me that many people are still unsure about climate change in terms of what is really causing it, how urgent it is that we take action, why we must do that, and what might be the consequences if we don’t act right away.”

And while some observers are questioning whether the Ladybird emblem could make some think the book is a spoof, others are coming to the defense of the book as a potentially helpful entry on a pressing issue. 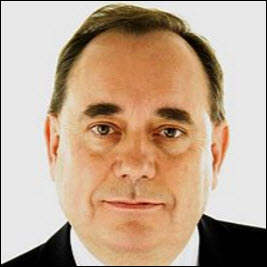 “Of course there will be predictable critics in the media who say that the Prince should not be engaged in projects such as this. Indeed their poison pens have already been dripping venom and poised to strike.

“However, Charles would argue that this subject is not global but political. And he is right.

“The agreement in Paris put it beyond party rivalry among sensible folk — at least on this side of the pond.

“And why should the heir to the throne restrict his publications to gardens and good works?”