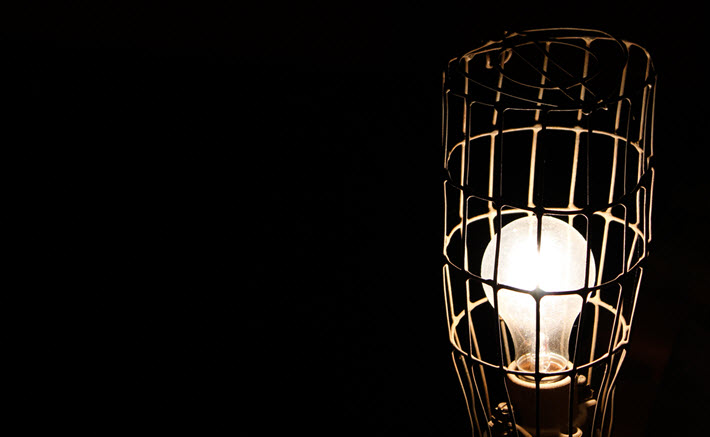 What if the value of a publisher’s IP isn’t just content but organizational, too? A key consultant says publishers need a reproducible process as much as creativity. ‘People on the street tend to think publishing is about authors or books—but it’s really about the people in the middle,’ investment consultant Chris Donegan tells us today. And it’s those ‘people in the middle,’ the industry, who need ‘more systematic ways to nurture creative talent…without blowing the ship up.’ —Porter Anderson

‘Succeed in a Manner the Market Values’

The publishing industry “is like a rabbit caught in the headlights of a car you see coming in the distance,” says Chris Donegan, London-based publishing evangelist Chris Donegan, founder and managing director of business consultants Invention Capital Associates. In 2017, Donegan says, it’s time to move.

“It’s often said that the talent walks out the door every night—in creative businesses so does the IP. And if you’re an investor that is a terrible position to be in.”Chris Donegan

“Publishing has been slow to respond to the challenge of Amazon. Now with margins close to zero I believe it’s close to breaking point and will have to.

“One way publishers can respond to this disruption,” Donegan says, “is to rethink what gives value to their company and work harder to make the financial analysts understand it.”

What this former biochemist turned consultant sees in publishing is not a dead industry—he says his local Waterstones was packed in the run-up to Christmas—but simply one challenged in adapting to the 21st century.

In particular, Donegan says that management and analysts need to understand that intellectual property is something that stretches beyond patents, copyright, and digital rights management to include people, processes, and structures. It’s a holistic approach to intellectual property that can help drive up margins and valuations of their companies in the age of Amazon. Publishing Perspectives has spoken with Donegan on his observations, following his presentation Standing on the Shoulders of Giants: Making Intellectual Property Work for the Oxford Technology & Media Network.

“Don’t get me wrong,” he says. “What I call ‘hard IP’ is very important and needs to be enforced. But do companies make mistakes by focusing only on these trophies? Yes.

“There’s absolutely zero correlation between how much hard IP you have and how successful your company is. What matters is not what you have, but what you do with it. It’s the structures, peoples, and processes—the organizational IP—that is more important. Just ask Nokia, Kodak, and Yahoo.

“Creative businesses like publishing are often anathema to investors. Why is that? Creative businesses have to rely on human judgement and human personality, which is very idiosyncratic and subject to whim. It’s often said that the talent walks out the door every night—in creative businesses so does the IP. And if you’re an investor that is a terrible position to be in.”

What investors want, he says, is an invention or a process that’s reproducible.

“People on the street tend to think publishing is about authors or books—but it’s really about the people in the middle.”

‘A Form of Patronage’

“Publishers need a systematic process in which many ideas are created, some fail quickly, and the rest reach prototype stage quickly.”Chris Donegan

“The structure that nurtures and supports authors can be very expensive and idiosyncratic. It gives publishing a very heavy cost structure and means it attracts a lot of people for artistic and ideological reasons, and not because they want to work in a business.

“It’s a form of patronage that dates back to the Medici in Renaissance Italy. But just because it’s a way of doing things over 500 years old it doesn’t mean that there aren’t today more systematic ways to nurture creative talent that allow it to flourish without blowing the ship up.

“After all, most publishers aren’t publishing great art like Jonathan Franzen. They publish textbooks, coffee table books, and technical manuals.”

What about the torture and assassinations that went with the Medici?

“That too. What I’m suggesting will sound horrific if you’re creative, but I’m talking about publishing as a business. Publishers need a systematic process in which many ideas are created, some fail quickly, and the rest reach prototype stage quickly.

“By doing things this way you’re going to have a few things that do really well, most that do ok, and only a few that fail. Software companies manage to do this with their programmers, who can be just as diva-ish” as authors.

The implication here might be to make individual authors less important.

“You need a real understanding of who the audience is, where the niches are, and what the opportunities are.”Chris Donegan

“Authors are always important, but publishing as a business model requires a portfolio of authors to succeed in a manner that the market values.

“Alongside this, you need a real understanding of who the audience is, where the niches are, and what the opportunities are. There can be no more ‘build this and they will come’ mentality. If you really understand what your buyers want, their loyalty will be high.

“Special interest publishers keep selling their books on motorcycle maintenance or discount cash analysis because they understand their audience. This may sound boring, but the margins on some of these books are very high.”

Wouldn’t some say such “systematic creativity” is a recipe for mediocrity?

“Companies built on genius like Apple are very, very rare. When they happen it’s a wonderful thing, but from an investor standpoint, key man risk is a critical risk to consider. Systematic creativity is far better. Almost no one would say that Apple today is as creative as when Steve Jobs was alive.”

Donegan also argues that the structure of publishers’ sales organizations and the people they employ is also important organizational IP.

“There’s huge scope for publishers,” he says, “to manage their sales force better and achieve an uplift with that. There are good salespeople and bad salespeople. I’d argue that finding good salespeople is harder than finding good editors. While the big guys may say they have to deal with Amazon, the world of publishing has hundreds and hundreds of small publishers that have developed their own distribution systems. With margins close to zero, there’s a lot of value in all that knowledge.”

And how does Donegan see these ideas being received?

“Unfortunately,” he says, “the most common response when talking to CEOs about IP is indifference—‘That’s really a legal issue.’ Which is a mistake.” Another typical response he says he gets: “Frankly the market just looks at the numbers.”

Still, Chris Donegan says he sees signs that he may be getting across to some in the business. A leading publishing company—he declines to name it—has become a client.