Fellows who attended Guadalajara International Book Fair offer feedback on insights into the Latin American book market and its opportunities.

Commissioning editor Stella Soffía Jóhannesdóttir of Iceland was one of the fellows to participate in Guadalajara International Book Fair’s Rights Exchange program.

As we covered earlier this month with the arrival in New York of several Digital Book World Fellows from markets outside the United States, such programs help familiarize their visiting participants with a local market—and introduce players in that market to some of their international counterpart. Today, some comments from fellows of the November-December Guadalajara International Book Fair.—Porter Anderson

Aimed at publishers from non-Spanish speaking countries, the exchange alternates its focus annually on adult and children’s books. Each year the fair selects 10 or more publishers interested in rights from Latin America and Spain, and in 2016 received 63 applications from 19 countries for its adult program.

Interest in the program is growing, with 52 applications already received this month for the next edition of the fair, November 25 to December 3.

He says that the program’s publishers are selected based on their geographic locations, their catalogues and the sizes of their companies, with additional attention to the personalities of the fellows who will represent these publishers at the fair.

“As well as strengthening trade exchange,” Padilla Cortés says, “the program also creates strong friendships, and it pleases me to see groups of participants continuing to meet later in other international events.

“Business goes hand-in-hand with the pleasure of forming part of the publishing industry and the fellows selected enjoy the experience of coming to one of the most entertaining fairs in the industry.”

‘A Good Place for Networking’ 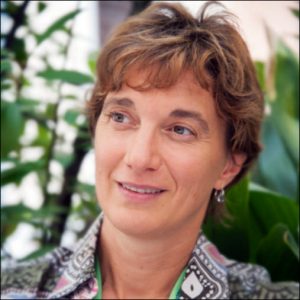 That sentiment is shared by one of the autumn’s fellows, Francesca Varotto, editorial director for foreign fiction at Marsilio Editori in Venice.

“To be a fellow,” Varotto tells Publishing Perspectives, “was an important and fruitful experience in my professional life, and it was a lot of fun too—we were a nice group.

“I’m just starting to explore Spanish-language literature and was in Guadalajara for the first time. It was a very interesting fair, and absolutely helpful to me in understanding the Latin American book market better. A good place for networking. Attending the fair enabled me to discover new talent.”

In fact, Marsilio says she acquired the rights to two books by Chilean author Paulina Flores, whose debut, a short story collection entitled Qué vergüenza, was published in late 2016 by Hueders.

“That would have never happened without being at the fair,” Varotto says.

‘Great Ambassadors for Their Cultures’ 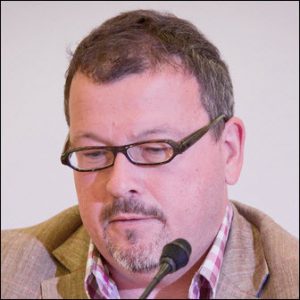 Similarly, Philip Gwyn Jones, publisher-at-large at Scribe—which has a presence in the UK and Australia—speaks enthusiastically about the fair and the opportunity its fellows program offered.

“I thought it was an absolute revelation in so many ways, and I felt very lucky to be there last year with all of Latin America showcased,” Gwyn Jones says in reference to Latin America having been the fair’s Guest of Honor region in 2016. (Madrid is Guest of Honor city for the 2017 fair in 2017.)

“As a result” of participating, says Gwyn Jones, “I heard about interesting Chilean, Colombian, and Argentinian writing as well as Mexican work, and I loved the mood of the fair, and felt that the FIL fellowship program was immaculately organized.” 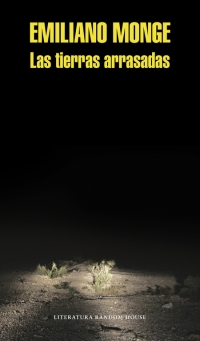 Last year, Scribe announced that it had acquired Las Tierras Arrasadas by Emiliano Monge, the first writer from Mexico to join its catalogue, and who, Gwyn Jones says, “was a marvelous guide to the literature that matters.”

Monge, based in Mexico City, won the 2016 Elena Poniatowska Iberoamerican novel award for the book, published by Literatura Random House.

“I met many other lively and stimulating writers and publishers,” Gwyn Jones says, “all of them new to me, and all of them great ambassadors for their cultures.”

Stella Soffía Jóhannesdóttir was another of the fellows at Guadalajara. She’s commissioning editor at Reykjavík’s Forlagid, one of Iceland’s largest publishers: the house releases more than 300 titles annually, in five imprints.

“We gained a broad insight into the Latin American world of publishing,” Jóhannesdóttir says. “Coming from such a small book market myself, it was really interesting to explore such a huge market” as the Spanish world comprises.

One of the insights she gained, she says, has to do with the fragmentation of the Spanish-speaking marketplace: “It was curious for me to learn that even if a book is published in Spanish, it doesn’t necessarily reach Latin America from Spain, or reach all of the countries in Latin America.”

Jóhannesdóttir says Forlagid is looking into younger authors, such as Mexicans Valeria Luiselli, Guadalupe Nettel, and Antonio Ortuño, writers born in the 1970s and ’80s.

“It was curious for me to learn that even if a book is published in Spanish, it doesn’t necessarily reach Latin America from Spain.”Stella Soffía Jóhannesdóttir

“We have to be very selective when choosing fiction to translate,” she says, “because of the size of our market.”

These authors “might be interesting for Icelandic readers for the same reasons they’re attractive anywhere else. It’s interesting to follow what’s happening in Latin American literature, now that it’s on the rise again, after the golden age of magic realism.

“We met a lot of publishers from all over Latin America,” Jóhannesdóttir says, “and it’s nice to establish good connections there.

“I also had the opportunity to give a presentation on the Icelandic book market and different markets for translated fiction around the world. Icelandic readers are always interested in good stories, and Latin American authors certainly have many good stories to tell.”

More on the DBW 2017 Fellows program is here.

More of our coverage of Guadalajara International Book Fair 2016: