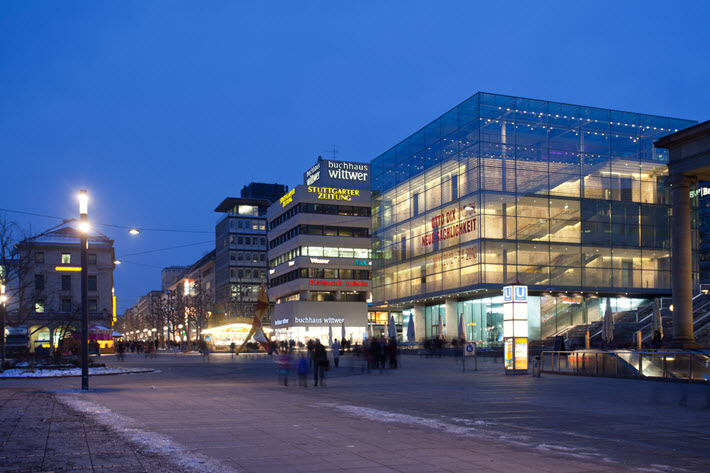 ‘Not only our topics and quality standards, but also the location of our headquarters’: German STM publishing specialists Thieme and Schattauer will merge. On Königstraße in Stuttgart, home city to both Thieme and Schattauer. Image – iStockphoto: Dontsov

Effective this month, subject to German antitrust approval, the medical and scientific publishing house Thieme Publishing Group based in Stuttgart has acquired another house based in the city, Schattauer Verlag.

According to an announcement provided by Thieme, Dieter Bergemann—owner and CEO of medical and science publisher Schattauer—is retiring. The portfolio of Schattauer’s publications includes 21 journals and some 1,200 print and digital books. Schattauer was founded in 1949 by Friedrich Karl Schattauer.

Georg Thieme Verlag was established in 1886 in Leipzig. Like Schattauer, it specializes in medical publisher. In the prepared statement, the company writes, that both Thieme and Schattauer “both have always been owner-managed, and both have been operating from Stuttgart for decades.

“When Elfriede Schattauer, the widow of the publishing house’s founder, retired in 1983, Dieter Bergemann took over as owner-manager. He is now retiring from business on the grounds of his age.”

Schattauer, according to Thieme’s information, operates with a staff of 60 people and generates some €10 million (US$10.5 million) annually in sales.

Speaking for Schattauer, the retiring Bergemann is quoted, saying, “I’m very glad to have found a buyer we have much in common with in Thieme.

“Not only our topics and quality standards, but also the location of our headquarters, the fact that both companies are owner-managed, and–last, but not least–many personal contacts. At the same time, Thieme has just the size it takes to evolve successful publishing programs in this age of digital transformation.”

And for Thieme, publisher Albrecht Hauff is quoted, saying, “The journal titles [at Schattauer] in particular but also the excellent medical monographs ideally complement Thieme’s program.”

“In the future,” Hauff says, “we’ll increase focus on digital products. We’ll start with carefully analyzing how best to integrate Schattauer’s program in the Thieme Group.”

Thieme employs more than 1,000 staffers and has offices not only in Stuttgart but also in New York, Delhi, Rio, and others. Its output comprises 150 peer-reviewed journals and more than 350 new books each year.