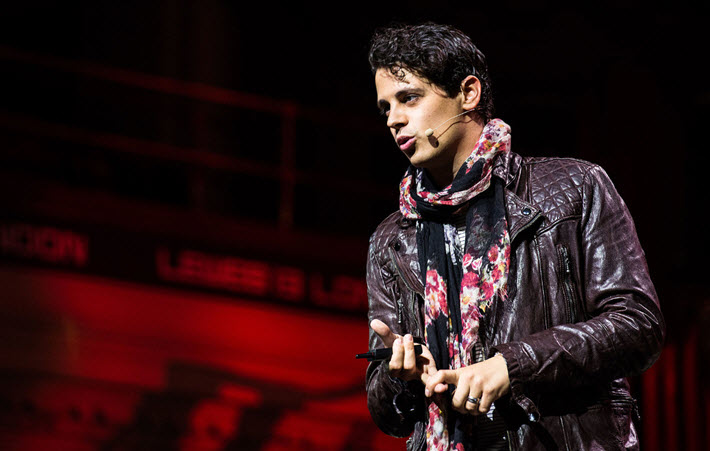 The Association of American Publishers, the Authors Guild, and the American Booksellers Association voice their support of Simon & Schuster on Milo Yiannopoulos book. As covered by Publishing Perspectives, there have been calls in the publishing community for boycotts of Simon & Schuster because its Threshold Editions imprint has announced the March 14 publication of arch-conservative provocateur Milo Yiannopoulos’ book, Dangerous.

Now, the Association of American Publishers, the American Booksellers Association, and the Authors Guild have joined other organizations—the Comic Book Legal Defense Fund, the Freedom to Read Foundation, the Index on Censorship, and the National Council of Teachers of English—in endorsing a statement issued by that National Coalition Against Censorship which condemns the calls to boycott Simon & Schuster for the deal.

The statement refers to Yiannopoulos as “a provocateur and self-described ‘supervillain,’ whose views and statements are highly controversial and deeply offensive to many.”

The body of the statement turns first to the Chicago Review of Books‘ announcement that it will decline to review any Simon & Schuster books for a year because of its Yiannopoulos deal. A petition has been launched, asking The New York Times and Washington Post to follow the Chicago Review’s lead.

The NCAC statement addresses these initiatives this way:

“The Chicago Review of Books has announced its intent to protest the publisher’s decision by refusing to review any books published by Simon & Schuster, even though that would deprive its readers of information about books from more than two dozen Simon & Schuster imprints, including Salaam Reads, which focuses on books with Muslim characters. This kind of response will have a chilling effect on authors and publishers, which is undoubtedly the goal of those who support such boycotts.”

The statement goes on to draw a distinction between the stance of readers in the publishing marketplace and the freedom of expression required by publishing:

“Readers are of course free to criticize any book for any reason. They are likewise free to choose not to read any book that they think contains objectionable material, or to urge a boycott. Because other readers may disagree, however, publishers and writers need the freedom to express and disseminate ideas, even if they are controversial and offensive to some. We need not endorse the ideas contained in a book to endorse the right to express them.”

‘Conservative Books Are a Booming Business’ Yiannopoulos is a British journalist and the tech editor for far-right website Breitbart. He is a supporter of the alt-right movement in the US andwas permanently banned from Twitter in July 2016 following harassment of actress Leslie Jones.

Despite the endorsement of the American Booksellers Association for the NCAC statement, Publishers Weekly reports that some independent booksellers to plan not to sell Yiannopoulos’ book. The most prevalent plan, according to PW, currently is to offer the book as a special order for customers who ask for it, rather than stocking it on the shelves, as they would other titles.

In more follow-up coverage, The Los Angeles Times‘ Carolyn Kellogg has written, “The fact that someone with extreme views considered offensive by many people got such a significant book advance shows how the publishing world reflects, and plays to, many of the divides in our culture.

And the NCAC statement positions the ethical dilemma the announced publication seems to have raised for many in publishing this way:

“The suppression of noxious ideas does not defeat them; only vigorous disagreement can counter toxic speech effectively. Shutting down the conversation may temporarily silence disfavored views, but does nothing to prevent them from spreading and resurfacing in other ways.”