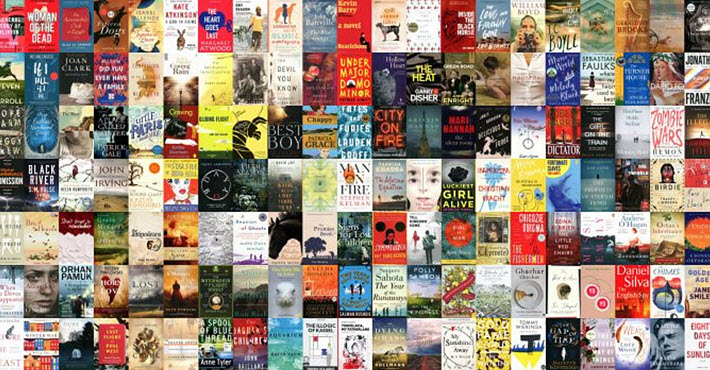 Nominated by libraries in many parts of the world and with a shortlist coming in April, seven of this year’s list are Irish, and almost 30 percent of the Dublin Literary Award list is in translation. Seven Irish novels are among the 147 titles nominated by libraries in many areas of the world for the €100,000 International Dublin Literary Award, said to be the richest annual literary prize for a single work of fiction published in English.

Organized by the Dublin City Council, the 2017 award was launched shortly before the holiday season by Lord Mayor, Brendan Carr, patron of the award, who praised the award for its promotion of excellence in world literature as well as for the opportunity to promote Irish writing internationally.

“Like every year”, he said, “readers will find new books and new authors through the award, and they can pit themselves against the international panel of judges and pick their own favorite novel, before I announce the winner on 21st June.”

The award promotes Dublin internationally as a literary destination, as Juan Pablo Villalobos, from the 2016 judging panel, said: “Dublin is a very literary city and for me as a Mexican writer I was very, very happy to be invited to be a judge because it’s the city of Samuel Beckett, one of my literary heroes, and of James Joyce of course. Obviously worldwide Dublin is known as a literary city and I think that this prize is becoming every year more and more important.”

The Irish titles nominated for 2017 are:

Other novels nominated for the 2017 Award include The Sellout by Paul Beatty, winner of the 2016 Man Booker Prize;  The Sympathizer by Viet Thanh Nguyen, winner of the 2016 Pulitzer Prize for Fiction; Hope Farm by Peggy Frew; Salt Creek by Lucy Treleor and The Natural Way of Things by Charlotte Wood, finalists for the 2016 Miles Franklin Award. Margaret Hayes, Dublin City Librarian, has announced that the 147 books eligible for the 2017 award were nominated by libraries in 109 cities and 40 countries worldwide. She says that 43 are titles in translation, comprising 19 languages; that’s a 29-percent cohort in translation, which is on par for previous years. Thirty listed titles, she says, are first novels.

The book that received the most nominations this year is Kate Atkinson’s A God in Ruins, chosen by nine libraries in Australia, Canada, England, Greece, New Zealand, Norway, Scotland, and Spain.

Speaking of the global interest in the award, Hayes is quoted saying, “This great prize demonstrates Dublin’s international support for contemporary writers and gives tangible expression to Dublin as “a city of words,” an active member of the UNESCO Creative Cities Network, a UNESCO City of Literature.

“It also brings readers together in an unparalleled international book club connected through their local public libraries.”

All of the novels nominated for the award are available for readers to borrow from Dublin’s public libraries. The shortlist is scheduled to be published April 11. The Lord Mayor is to announce the winner on June 21.

For more on the International Dublin Literary Award, visit its site.

Here is the video produced from the 2017 longlist announcement event: