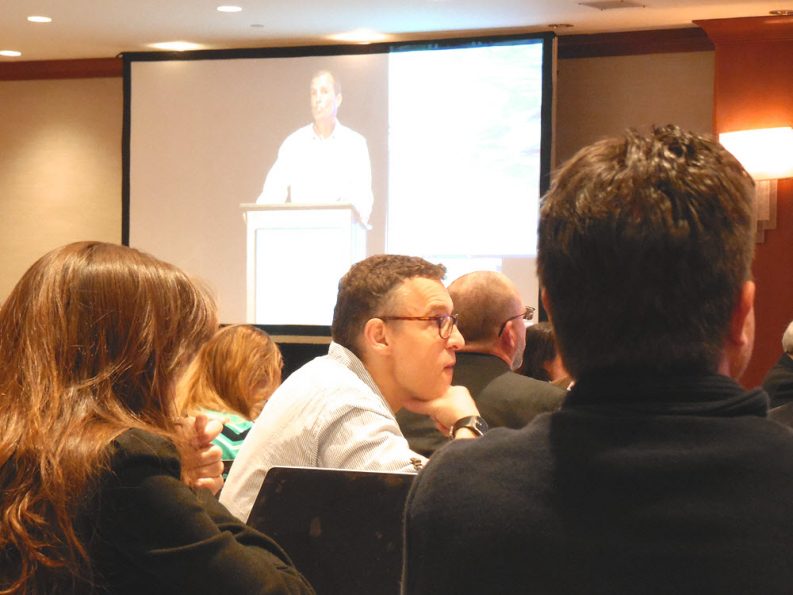 From Greece, Norway, Iceland, and the UK, the 2017 Digital Book World Fellows speak about their successes, their challenges, and why they’re traveling to the conference. 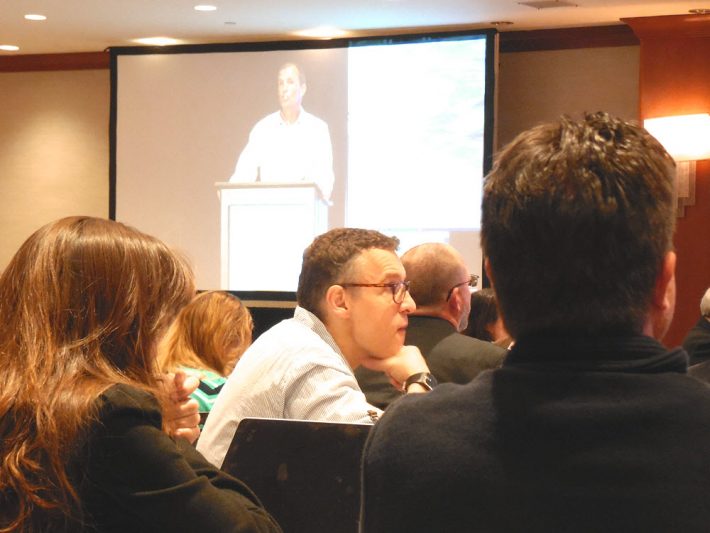 To ‘Make Sure We Stay Ahead of the Curve’

As the eighth annual Digital Book World conference opens today (January 17) in New York City, several attendees are part of the event’s fellowship program. Described as a publishing executive education program, its key value is in offering these guests exposure to many aspects of trade publishing’s players and issues this season in the USA.

DBW itself is set again this year at the Manhattan Hilton on Sixth Avenue and West 53rd Street and its industry component presents some 95 speakers today and Wednesday in an extensive agenda led by keynotes today from Macmillan CEO John Sargent and Nielsen Book global managing director Jonathan Stolper and on Wednesday from Stanford University’s Bill Burnett; the Productivity Project’s Chris Bailey; and Author Earnings’ Data Guy.

When not in plenary sessions, the conference’s presentations are categorized into four tracks:

And while five international industry stakeholders have been named this year’s group of fellows, they’ll hardly feel alone: FW Media’s production team has reported that some 20 percent of the registrants for the conference are from outside the States.

Being focused on the international trade industry, Publishing Perspectives has been in touch with four of the incoming fellows—from Iceland, Greece, Norway, and the UK—to get a quick read on their views of their own industries and their ideas of what might await them at DBW. We put three quick questions to each of them on what’s working in their markets, what’s challenging them, and what they’re hoping to gain at DBW 2017.

Publishing Perspectives: What are the successes, the most promising elements, of your own company and/or market in 2017?

Stefán Hjörleifsson: ‘In 2017, we’ll be getting rid of DRM and start trusting our customers.’

Stefán Hjörleifsson, Iceland, CEO, Skynjun: Since releasing the first ebooks in the Icelandic market in 2011, the biggest hindrance to increasing distribution and general use has been poor selection and an early decision to protect all books with DRM (digital rights management).

In 2017, we’ll be getting rid of the DRM and start trusting our customers.

We’ll also have a wide range of backlist from the biggest publishers. This is something to look forward to, and we hope sales will be picking up.

This will also be an interesting year for audiobooks, as we’ll finally start streaming local audiobooks as well as ebooks. 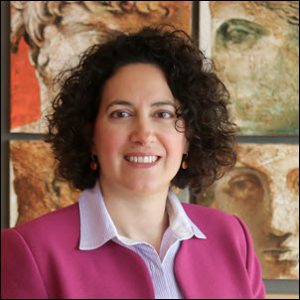 Lila Karatza: In Greece, ‘the greatest success for all publishers is to survive.’

Lila Karatza, Greece, publishing director, Nomiki Bibliothiki Group (The Legal Library): In Greece, where financial crisis has lasted for about eight years now, the greatest success for all publishers, small or big, is to survive and to retain their positions in the market.

In 2017, my own publishing scene is good: we’re gaining more market share by using technology and offering services of high quality. 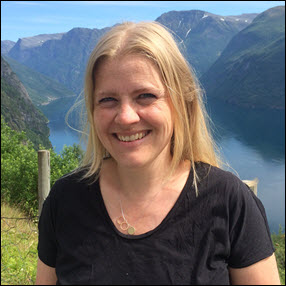 Silji Tretvoll, Norway, head of marketing, Forlaget Oktober: A year ago, Oktober Publishing House became the leading publisher of contemporary fiction in Norway. For the first time, Oktober topped the Norwegian Publishing Association’s list of statistics showing market share in the Norwegian market, a huge victory for us.

Oktober publishes approximately 50 new titles each year, and has a list of around 100 Norwegian authors. Our portfolio also includes translated fiction and a select list of nonfiction.

The key to our success is that we’re publishing the best Norwegian authors—among them internationally acclaimed writers including Per Petterson, Karl Ove Knausgaard, Dag Solstad and Linn Ullmann—and we’re able to make literary fiction into bestsellers.

Another key factor in our success is that we’re not a huge bureaucratic publishing house. We’re only 12 employees, and all of us stay in close contact with our authors and are in a continuous dialogue with them. 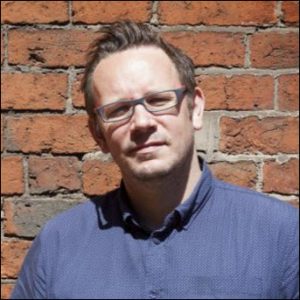 Phil Turner, UK, managing director, Meze Publishing (covered by Publishing Perspectives in September): Our big success story is our series of regional cookbooks–called the “Get Stuck In” series.

We’ve published 20 now, covering a variety of cities and regions throughout the UK, from Suffolk to Cheshire and Newcastle to Bristol. Twenty more will follow over the next couple of years covering the rest of the UK and we have already started doing our follow-ups.

We are waiting for confirmation of comparison figures from Waterstones. We expect three or four of our pre-Christmas releases (Bristol, Liverpool, the second Sheffield book) will be among the bestselling books of any type within the local stores of Waterstones.

As far as 2017 goes, we hope for more of the same, as well as some diversification as we look abroad—our Amsterdam Cookbook is due out in the late spring or early summer, and we’re also looking at spin-off titles.

In general, cookbooks are still selling, although they’re driven by a handful of key titles and I’d like to see the diversity that’s out there more widely represented by the supermarkets and large stores who are still playing safe with their choices.

Hurdles on the Homefront

Publishing Perspectives: What key challenges do publishers face in your market?

“The market is very crowded, so it’s hard to stand out and get buyers to take a risk on a new title unless a big-name chef with a TV show is attached.”Phil Turner, UK

Stefán Hjörleifsson, Iceland: As a tiny market with our own language, it’s very hard for local online services to keep up with the international giants when it comes to development.

At the same time local people prefer to shop in their own language. For small publishers it is almost impossible to obtain the deals needed to hold out a healthy margins from the aggregators and bigger retailers.

Lila Karatza, Greece: Because our legislation is changing rapidly, the greatest challenge for law publishers like me is to constantly keep updating the content. For this, the use of technology is crucial.

So we’re focusing on developing innovative digital publishing solutions and interactive publications—books and reviews—with priority given to the launching of a digital book database containing all our publications in digital form. It will have links to all relative documents—legislation, case law—as well as bookmarks, tables of contents, and text search.

Traditional publishers who are not investing in technology are facing tough times.

“What I hope to find at Digital Book World is information on new trends in production, distribution, and marketing…pitfalls and mistakes that other publishers have made in the past and how to avoid them.”Lila Karatza, Greece

The mainstream media are facing economic challenges as a result of a decline in advertising, and last year saw huge cuts in the media. As a result of the decline in the number of journalists covering culture and literature in particular, it will be harder for publishing houses to gain visibility for our authors in mainstream media.

Phil Turner, UK: The market is very crowded, so it’s hard to stand out and get buyers to take a risk on a new title unless a big-name chef with a TV show is attached.

Our regional titles have proved their worth with, we think, very decent sales figures but even then, some buyers won’t touch them because they’re regional. They want lowest common denominator stuff, and that disappoints me.

Publishing Perspectives: What do you hope to find or come away with, at DBW? What would be most helpful to you?

“The mainstream media are facing economic challenges as a result of a decline in advertising, and last year saw huge cuts in the media.”Stefán Hjörleifsson, Iceland

Stefán Hjörleifsson, Iceland: This is my third time [attending DBW], and although the issues in the US and other larger markets don’t really apply to our business, it’s always good to get an insight into what’s going on elsewhere.

I hope this year won’t be any different and I’m looking forward to a couple of informative days, this time as a fellow.

Lila Karatza, Greece: What I hope to find at Digital Book World is information on new trends in production, distribution, and marketing in digital publishing.

It would be very helpful to learn about pitfalls and mistakes that other publishers have made in the past and how to avoid them.

Silji Tretvoll, Norway: I’m really looking forward to learning more about how Oktober as a publishing house should use social media in order to gain visibility and sales for our titles.

Phil Turner, UK: What I hope to get from Digital Book World is a funny question because we don’t publish digitally—and that’s primarily because cookbooks haven’t really successfully translated to digital yet. But it will come, I’m sure.

So I’m going really to see where the opportunities are and make sure we stay ahead of the curve, if we can.

I’d also like to hopefully find a US co-publisher to work on our American strand of the ‘Get Stuck In’ series!

A fifth DBW World Fellow, Denmark’s Mette Johnsen, is also expected to attend the conference but was unavailable for comment in this article.