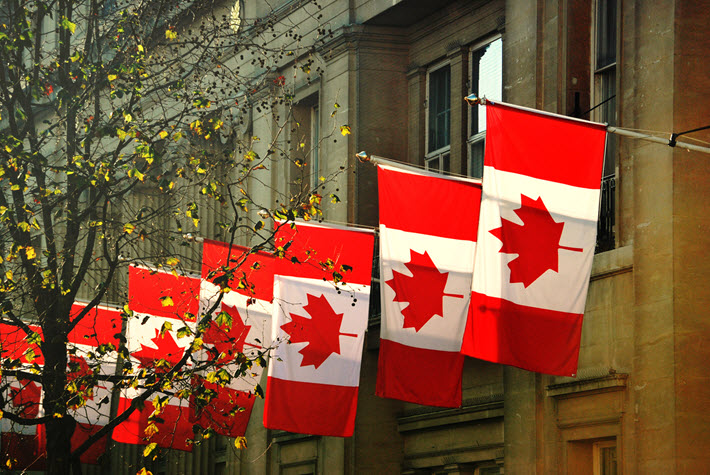 Launched by two publishers associations in 2011 with a goal of making it easier for readers to discover Canadian books, 49th Shelf is an online hub with a membership community of 6,500 readers. Comprising more than 90,000 titles, the site refers to itself as the largest collection of Canadian books on the internet.

In addition to a searchable database of Canadian titles in all genres, 49th Shelf features:

In speaking with Publishing Perspectives, 49th Shelf’s managing editor, Kiley Turner, says the site “may be the most fully realized collaborative website in the world celebrating one nation’s books and authors.”

Publishing Perspectives: Could you give us some background on 49th Shelf? How and why did it come to be?

“Amazon.ca has been an important sponsor in the past. Amazon.ca is the lead sponsor on the upcoming 49thShelf.com kids’ site—49thKids.com—as well.”Kiley Turner

The site has received significant development funding from the Department of Canadian Heritage and the Ontario Media Development Corporation, and Amazon.ca has been an important sponsor in the past. Amazon.ca is the lead sponsor on the upcoming 49thShelf.com kids’ site—49thKids.com—as well.

PP: What is the story behind the name 49th Shelf? A reference to the 49th parallel? KT: It’s about the 49th parallel north—orienting Canada in a geographical sense—and of course there’s the nod to bookshelves, too, to evoke a physical, traditional image of the books we’re celebrating. No matter how digital we get, no booklover will tell you they don’t get a fluttery feeling at the idea of bookshelves and how to organize them, make them look good, purge them, and of course make room on them for their new favorite reads.

PP: Does the collection include both English and French books and authors?

KT: You’ll find French-language titles as well as works translated from French within our title listings. The vast majority of titles, however, are in English currently, and the site interface is entirely in English.

PP: As you’ve said, 49th Shelf is a collaborative enterprise, and there are a few different organizations working behind the scenes. How do the various parties work together?

KT: The site was developed and is maintained by Turner-Riggs Workspace [Turner’s company with Craig Riggs] in close cooperation with the Association of Canadian Publishers’ (ACP) Kate Edwards and the editorial team.

Publisher outreach manager Adrienne Guthrie communicates regularly with publishers across the country to ensure their new releases get spotlighted on the site in a variety of forms, [such as being] featured on the main page or in a bimonthly newsletter, included in a themed list, made part of a blog post, or accompanied by an excerpt or giveaway.

Authors help to spread the word on social media channels. All of us—those working directly on the site, publishers, and authors—feel lucky that the ACP had the foresight to dream up the platform and that it’s taken on the shape and spirit it has. PP: 49th Shelf appears to have quite a bit in common with Goodreads. How would you say they compare?

KT: 49thShelf.com is Canadian-only, which is its niche relative to Goodreads. Goodreads is very member-propelled and gains most of its energy around that strength, whereas 49thShelf.com leans more toward serving our members through editorial and intense human—as opposed to algorithmic—curation. That said, we do have an active member community that posts reviews and ratings on the site and all members can make themed lists, or lists based on anything, like what they’re reading, what they want to read, and so on.

Right here right now: the picture books you need to pop under that Christmas tree for the kiddos! https://t.co/Ph7KfWZYHO #parenting pic.twitter.com/DrReGfjIYb

PP: Are authors active on the site?

KT: They are, especially when they have new releases, in which case they often contribute blog posts and lists and promote their books on 49thShelf.com social media platforms.

PP: It looks like activity on the site helps to create interest in a particular book or author, much like word of mouth. Is that the case? KT: It really is. We definitely notice when members are especially excited by a book or author, through organic means—noticing spikes in social media chit-chat—and also more objective measures such as Web and Facebook traffic. These indicators help us to develop features like 2016: Our Books of the Year.

Another post that got a lot of people talking was this one on not being a book snob: Marissa Stapley on Commercial Fiction in Canada. This second post is another example of how we differ from Goodreads: authors’ editorial contributions to the site are quite robust on 49thShelf.com.

PP: Do you gather data at the site? Would you be able to tell us what some of the big hits were for 2016—any titles that seem to have developed a buzz?

KT: The Books of the Year post demonstrates some of the books we felt very connected to both through our own reading and our community telling us what they loved.

There are two series we do that really help us get a sense of what books are making an impression: PP: How does activity on the site translate into sales? Do people come to discover, to buy, or both?

KT: They come to do both. It’s an interesting question, since the way people buy books has changed so much over the past decade. Most people hit a few “discovery” points along the way—a newspaper review, a radio interview, their friend raving about a book—before they finally feel there’s enough evidence, enough buzz, to make them excited enough to “need” a book.

We track visitor exits via the buy links included in our title listings and based on those statistics we observe that visits to 49thShelf.com influence tens of thousands of direct and indirect buying decisions every year.

PP: Are there other trends you’ve noticed over the year?—a growing interest in a particular genre, for example, or growing readership in nonfiction?

KT: I’d say one exciting thing [we’ve noticed] has been a growing mainstreaming of alternative perspectives. Over the past few years, an outcry about the “whiteness” of Canadian fiction—whether in kid-lit or adult fiction—began to really gather steam. The result was that many publishers became increasingly interested in representing a diversity of voices and backgrounds in literature. The media picked up on publishers’ initiatives in this regard and expressed it in terms of explicit entreaties like, “Hey Canadians, look at these books, too” [referring to reads by indigenous authors].

Now, we’re getting to a new phase where that explicit attention to diversity is gradually contributing to a new norm where voices across the spectrum of color, race, gender identity, and background are becoming more integrated into the overall fabric of Canadian literature—because of course this diversity is precisely normal and reflective of who we are as Canadians. I’d say there was a lot of excitement about this development in 2016. It’s broadening the scope of Canadian literature and making it more political, contemporary, thrilling, and important.

Something else we notice is our community’s recognition of the writing talent being published by Canada’s indie presses. Many of the books we adored this year were published by indie presses, and our regular focus on such books helps them to be discovered by Canadians who might not otherwise have found them.

PP: Has it been a good year for Canadian readers and authors?

KT: Yes. It can’t help but be, given the amazing books being written by Canadians. Just one example of this is the significant presence of 14 Canadian authors on the 2017 Dublin Literary Award longlist [the winning prize of which carries a €100,000 purse, shared with a translator if there is one].