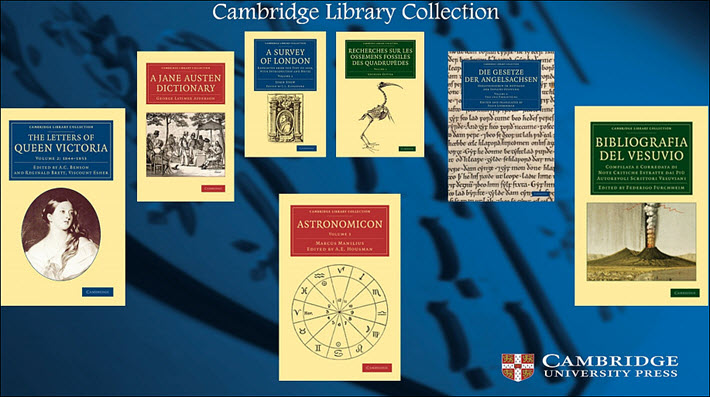 In a major focus on its metadata, Cambridge University Press is working this year to improve the discoverability of its material for library users. 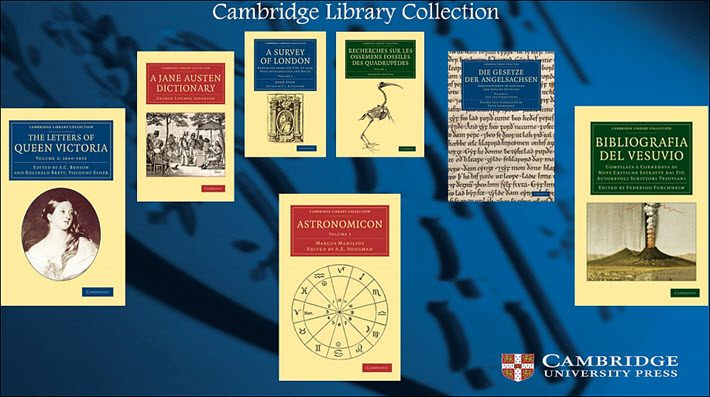 The Cambridge Library Collection of titles originally published between the 16th and 20th centuries is part of a project to improve MARC records for research effectiveness. Image: Cambridge University Press

Unhappy library users have become mothers of invention for the UK’s Cambridge University Press (CUP), which has announced what it calls a “huge project to improve the discoverability of resources and ensure that the MARC (machine-readable cataloging) records across all ebooks are impeccable.”

It’s those MARC records that register a reference’s existence and can make that resource discoverable for users.

“Over the last year,” say CUP officials in a prepared statement, “Cambridge University Press has been through almost all its collections–more than 24,000 titles–and updated or enhanced the metadata according to the requirements of librarians and researchers. The Press has added in subject headings where there were none,

“The Press has added in subject headings where there were none, authorized forms of authors’ and/or editors’ names and series titles, and removed punctuation marks that affected search capabilities.”

Pursuing the “happiness” point, CUP’s material reads, “Publishers don’t want users to be unhappy because this makes unhappy librarians…who cannot offer the best services to their users, because of miscommunication between them and publishers.” 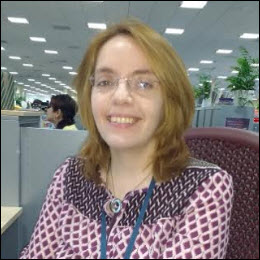 And in an article on the project titled “How a University Press Is Improving Discoverability,” La Spada writes about cataloging efficacy in a way that metadata specialists in book publishing houses will recognize easily:

“A MARC record is the bibliographic description of a resource. And this description has to be properly coded and complete in order to achieve the best discoverability possible…When I started working at [Cambridge University] Press, I realized that our ebook MARC records needed to be improved, so I set out to change them.”

Her approach specifically addresses widely missing information on place of publication and original publisher, in particular. And she’s focusing on the MARC records for the MRS Online Proceedings Library, originally published as a monograph collection with 1,565 records, which require extensive data sleuthing to complete.

In both cases, La Spada expects to have things sorted by the middle of this year.

And a special project that’s part of the whole effort includes the Cambridge Library Collection of books in English, French, German, Italian, Latin and more languages, all published originally between the 16th and 20th centuries. The MARC records in this collection also need work, despite the fact, La Spada writes, that “we have achieved amazing results in terms of use and sales.”