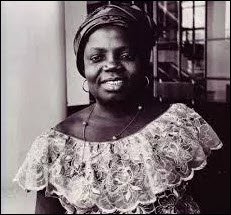 Having died last week at 72 in London, novelist Buchi Emecheta focused much of her work on the experiences of black women in British and Nigerian cultures.

‘Not Feminist, Just a Woman’

Various news media at the end of last week responded to word that Nigerian author Buchi Emecheta had died in her London home at 72. Born in Lagos in 1944, Florence Onyebuchi “Buchi” Emecheta was given the Order of the British Empire in 2005.

The BBC News report on the author of The Joys of Motherhood, Second-Class Citizen, and The Bride Price, noted that Emecheta was a champion of women’s and girls’ rights in her work but declined to characterize herself as a feminist. She’s quoted as saying, “I work toward the liberation of women but I’m not feminist, I’m just a woman.”

Emecheta’s writing turns on controversial topics including child marriage, racism, life as a single mother, and the abuse of women.

The BBC quotes her saying, “Black women all over the world should re-unite and re-examine the way history has portrayed us.”

A statement from the president and general secretary of the Association of Nigerian Authors (ANA) reads, in part:

“Buchi Emecheta inspired many writers, creative persons, scholars, and pointed the way to creating stories with immense domestic aesthetics, yet still situating the African storytelling arts in a context that gave a nuanced use of language and masterful creation of suspense.

“As a visiting professor in the department of English and literary studies at the University of Calabar, Nigeria, [she] not only trained students in writing but also used her avid exploration of the South Eastern flanks of Nigeria to build vast bodies of stories that later turned into novelettes and short story collections.

“Her contributions to Nigerian, African and world literature remain outstanding and astounding, leaving a massive canvas of a single woman’s resolve to build an empire of stories that touches humanity from different angles.”

The British Council, in evaluating her work at its site, writes, “The female protagonists of Emecheta’s fiction challenge the masculinist assumption that they should be defined as domestic properties whose value resides in their ability to bear children and in their willingness to remain confined at home. 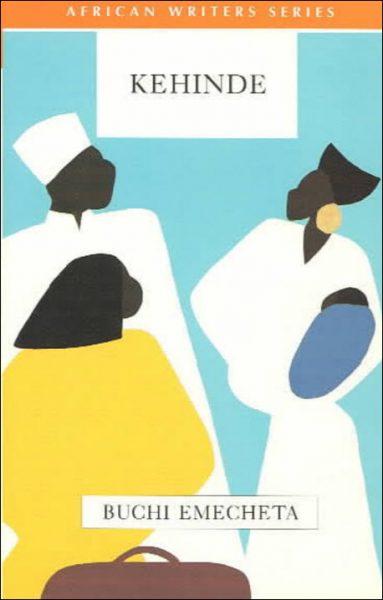 “Initiative and determination become the distinguishing marks of Emecheta’s women. They are resourceful and turn adverse conditions into their triumph.”

At AllAfrica carries a story from This is Africa in which Fred Obera cites Emecheta’s description of her work as, “stories of the world where women face the universal problems of poverty, neglect, violence and oppression, and the longer they stay, no matter where they have come from originally, the more the problems become identical.”

Obera also cites her interview with BBC World New Service, in which Emecheta says, in part:

“The first book I wrote was The Bride Price which was a romantic book, but my husband burnt the book when he saw it. I was the typical African woman, I’d done this privately, I wanted him to look at it, approve it, and he said he wouldn’t read it.

“And later he burnt the book and I think by that time this urge to write had become more important to me than he realized, and that was the day I said, ‘I’m going to leave this marriage’ and he said “What for, that stupid book?’ and I said, “I just feel you just burned my child.”