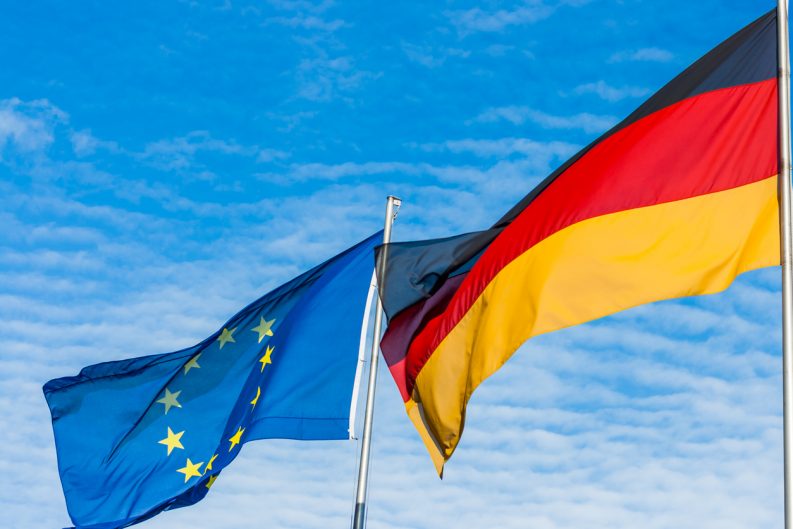 Perhaps nowhere is there such a jubilant response to the European Commission’s pressure on Amazon than in Germany, and the Börsenverein hails the week’s events. 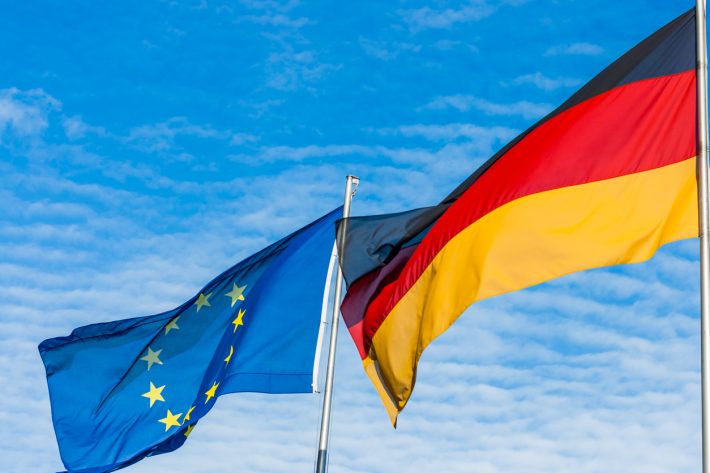 The European Commission has opened a month’s period for commentary from interested parties on commitments made by Amazon and affecting its ebook contracts with European publishers.

But the German Booksellers and Publishers Association hardly needs a month. On Thursday (January 26), the Börsenverein des Deutschen Buchhandels has weighed in with a smile as wide as Seattle’s:

Germany is widely considered the third power in ebooks on the world publishing stage, after the US and UK. While digital reading remains a relatively small part of the German market, great energy is concentrated there. German publishers, retailers and its Deutsche Telekom created the Tolino e-reading system and devices in 2013 as a counterweight to Amazon’s Kindle system and devices. In ensuing years, partners in the Tolino program have been added in Italy, the Netherlands, and Belgium, and just this month, Rakuten’s Kobo is taking over from Deutsche Telekom as the technology platform that powers the program.

Estimates vary as to how much the Tolino has been able to slow Amazonian penetration in Germany, but the effort itself speaks to the spirit of resistance in that market.

The Börsenverein’s statement is about as upbeat as they come: “For the second time in a week,” it reads, “the Amazon Corporation has had to bow to pressure from antitrust authorities. In fact, the online giant has now offered to drop its anti-competitive contract clauses with e-book publishers. The EU Commission had been investigating a number of Amazon’s contractual practices after an antitrust complaint filed by the Börsenverein des Deutschen Buchhandels.”

The reference of “a second time” is to the announcement last week during Digital Book World in New York City that Amazon and Apple will end their exclusivity agreement. In the past, Apple was able to procure audiobooks only from Audible, an Amazon company. In turn, Audible wasn’t permitted to supply its audiobooks to another retailer—it was limited to Amazon and the iTunes store. While this arrangement actually predated Amazon’s ownership of Audible—this is one that can’t be blamed on Seattle—it took the extensive inquiries of the EC to bring the arrangement to an end.

And that change, then, has been followed by commitments from Amazon under Europe’s pressure, to agree to abandon Most Favored Nation clauses (MFNs) in its ebook contracts with publishers, clauses that required publishers give Amazon their best prices and to inform it of another retailer’s lower price.

In addition, as reported by Michael Cader at Publishers Lunch in New York, “Amazon would also give up their ‘Discount Pool Provision’ that requires agency ebook publishers to fund a pool based on the difference between the Amazon price and the price allowed by other ebook sellers, which Amazon can use to discount agency prices.”

It’s important to note that Amazon concedes to no wrongdoing in making these commitments. In fact, its own statement is an energetic repudiation of the idea that its contractual restrictions have been harmful, saying:

“In our view, there is no separate market for the sale of ebooks as they compete directly with print books and many other forms of media.

“We welcome the fierce competition that exists across these forms of media and the many benefits this competition offers customers. The provisions in question helped to deliver great selection and lower prices to customers—the notion that they had the opposite effect is simply wrong.

“We will continue to cooperate with the [European] Commission during this process, and we will continue working to help authors and publishers reach more readers, improve the digital reading experience, and bring our customers the best possible prices and selection.”

In turn, the Börsenverein’s managing director, Alexander Skipis, has issued his own comment:

“This step marks a great victory for publishers in Germany and Europe.

“Amazon continues to use its market dominance in a downright coercive manner to wrest disproportionate commitments from publishers and to create advantages for itself over other e-book sellers. The company is using these practices in its quest to gain a monopoly position; in the process, the online retailer is destroying book-market structures that stand for cultural quality and diversity.

“Let’s not forget that Jeff Bezos once said publishers should be hunted like sick gazelles. It’s also good to remember that a broad network of thriving bookstores and publishers is essential to our ability to guarantee a diverse and high-quality range of books.

“Amazon has had to make a number of tough admissions in quick succession this year; indeed, the online giant has been forced to acknowledge that its current business practices–which threaten precisely this diversity and high quality–will not succeed.

“The Börsenverein will be watching Amazon’s market behaviour very closely and will not hesitate to intervene resolutely if necessary.”

These new changes in Amazon’s stance in Europe are particularly satisfying to the Germany publishing community’s sentiments because it has been a leading player in the advance on the US retailer from Europe.

“We welcome the fierce competition that exists across these forms of media and the many benefits this competition offers customers.”Amazon Statement

As the statement issued in Frankfurt reminds us, “The Börsenverein first filed a complaint with Germany’s Federal Cartel Office (Bundeskartellamt) against Amazon’s contractual practices with regard to e-books in June 2014.

“The Börsenverein argued that Amazon was misusing its market dominance to garner from publishers an increase in rebates for ebook purchases. After the Federal Cartel Office passed the complaint on to the EU Commission, the Börsenverein entered into dialogue with the Brussels competition authority, which launched its official probe in June 2015.”

The contractual clauses in play this week are called “parity clauses,” and the over-arching opinion in Brussels is that these clauses can restrict competition between ebook sellers, which constitutes less choice for consumers. This comes under an “abuse of a dominant position” article in the Treaty on the Functioning of the European Union (TEFU), and Amazon’s commitments to make the outlined changes is to be in force for five years, once accepted by the EC.

What’s more, Amazon is to appoint a trustee to monitor its compliance during that time.

The Börsenverein is undertaking a formal response to the EC as part of the month-long period of commentary.

Another Market Heard From

In related reactions, the UK Publishers Association is vowing to work with UK authorities on parallel restrictions on Amazon’s contracts once, presumably, that nation has left the EU’s jurisdiction. In the UK, it’s understood that Amazon controls as much as 90 percent of the ebook market and it’s being noted in coverage by The Bookseller’s Lisa Campbell and others that the time it has taken for the EC to bring its action to this point has seen some retailers including Waterstones and Sainsbury’s to close their ebook businesses.

And what follows in the five years’ period of the new agreement will be especially interesting.

For years, many complaints about market share have been blamed on such parity clauses as are at issue here now. Once those are removed from the dynamics of the marketplace, how robust will the trade’s retail response be? How much dominance will Amazon—which “welcomes fierce competition”—retain or lose in various markets without these restrictions working on its behalf?

The game now becomes a purer play: who provides the service, the inventory, the scale, and the pricing that the readership wants, on a presumably fairer, flatter playing field? Time will tell.