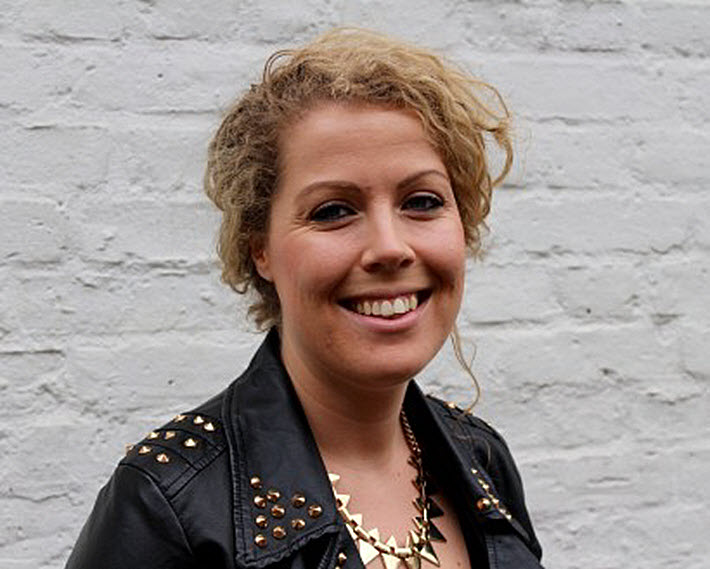 A passion for books meets industry savvy in Tory Lyne-Pirkis’ success as a public relations ace and a Bookseller Rising Star in the UK book scene. The Rising Stars program is a project conceived and run by The Bookseller in association with Frankfurt Book Fair. It recognizes emerging leadership in the UK publishing industry. Publishing Perspectives’ series of interviews with members of the class of 2016 continues today with Tory Lyne-Pirkis at London’s Midas PR. She has the courage to say something we’ve learned that few want: “The publishing industry is publishing way too many books, meaning that many books get lost between the cracks.”—Porter Anderson

‘Bigging Up the Titles’

This has been a good year for Tory Lyne-Pirkis, who has followed up being named as one of The Bookseller’s Rising Stars with a promotion to associate director at Tony Mullikan and Steven Williams’ Midas PR in the UK.

For that matter, 2015 wasn’t bad either, with one of the titles she was helping to publicize–Amanda Owen’s The Yorkshire Shepherdess (2015, PanMacmillan)—spending more than a month on the Sunday Times bestseller list, and another–Bryan Adams’ Wounded:The Legacy of War (2013, Steidl)–helping win an award for The Big Issue.

Lyne-Pirkis is perhaps best known for her public relations work for festivals, notably the Latitude festival. There, she takes pride in introducing authors to a different kind of audience from the sort they’ll find on the literary festival circuit. In fact, she’s passionate about the value of bringing writers to “a different demographic,” in which the benefits won’t necessarily be felt in on-the-day sales of signed copies, but will be seen in an increase in readers in the longer term.

Publishing Perspectives: What brought you to the book industry for a career? Tory Lyne-Pirkis: I’ve been working in publishing for eight years. I’d always loved books from a young age and I studied English Literature at Nottingham University. I knew that I wanted a career working with books, and tried out editorial before realizing that my strengths were best suited to PR and getting people excited about new books coming out.

Midas PR is a dream to work at because the range of books is so diverse, from big name authors right through to self-published titles–we cover the lot.

TLP: That’s such a hard question, as all of my campaigns are like my babies and there’ve been so many! For fiction it probably has to be

For fiction, it probably has to be CJ Daugherty’s Night School books. The first book in the series went into reprint five times during the PR campaign I ran for the second book Legacy.

For nonfiction, it’s a tough call between The Yorkshire Shepherdess, a bestseller for five weeks, and rock star Bryan Adams’ photography book Wounded, for which I secured front covers with The Sunday Times Magazine and The Big Issue. The latter won British Cover of the Year at the PPA Awards. TLP: Enthusiasm comes naturally to me and you need it in bucket-loads to persuade the press that they want to cover your book. Wherever I am and whoever I’m talking to I’ll always be bigging up the titles I’m currently working on.

TLP: As a PR I can sometimes be a perfectionist, which means I like to do everything myself–from sending the books out to holding the author’s hand during interviews–and consequently I can get really overloaded with work, which squeezes the amount of time I have to work with each title. It’s important to remember to delegate when you have the support.

TLP: I’m keen to do some of the bigger bestselling fiction authors.

I’ve also done a fair bit of fiction in translation in the past with authors including Daniel Kehlmann, Joel Dicker, and Umberto Eco, and would love to do more in that area. TLP: I still think that the publishing industry is publishing way too many books, meaning that many books get lost between the cracks and fail to sell, so authors get dropped.

I’d like to see publishing houses reducing their lists and then being able to spend more money and time on few authors with better results.

PP: Thinking about your work with festivals, what to those events offer publishers? And what should they be doing about it?

Publishers focus on whether the author will sell copies at the festival and the expense of getting their author there and not the fact that, regardless of sales, the author will have engaged with a whole new audience that will lead to sales later down the line.

Festivalgoers are often a different demographic from an author’s regular readership, so it’s a chance for authors to reach out to new audiences. Literary festivals are all good and well but they have a much older demographic; if authors want to be down with the kids they need to get along to a music festival.