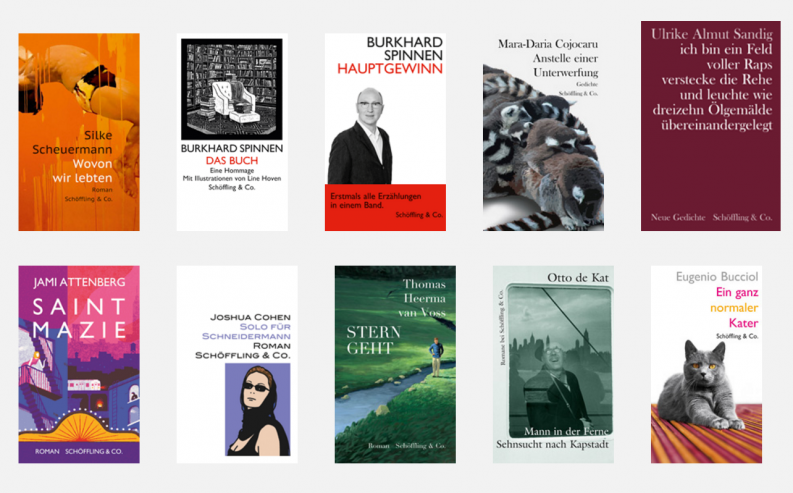 This year’s Kurt Wolff Prize has been awarded to Frankfurt-based Schöffling & Co. Verlag, honoring its 25-year tradition of independent publishing. German publisher Schöffling & Co. has won the 2017 Kurt Wolff Prize, awarded in the amount of 26,000 euros by the Kurt Wolff Foundation. The prize recognizes and supports the achievements of independent publishers in Germany.

Schöffling is a publisher of contemporary literature, both in German and in translation, that is owned and operated by its founder, Klaus Schöffling. Earlier this year, the Prize of the Leipzig Book Fair was awarded to Schöffling authors in two out of three categories: Guntram Vesper’s Frohburg in the fiction category, and the German translation of Bora Ćosić’s The Tutors in the translated literature category.

Founded in 2000, the Kurt Wolff Foundation aims to promote a diverse literary and publishing scene. It recognizes a variety of highly acclaimed German independent publishers and is financially aided by the Börsenverein (German Bookseller’s and Publisher’s Association), the German Federal Government, and others.

The jury for the 2017 prize released a statement, published by the Kurt Wolff Board of Trustees, about this year’s decision:

“For nearly a quarter of a century, Schöffling & Co. has continued to publish German contemporary poetry and prose of the highest quality, develop new authors, and diligently mentor their work. At the same time, they have built a publishing portfolio that spans from translations of international literature to reprints of works of major importance from the Weimar Republic to post-war Germany.”

The Kurt Wolff Foundation also awards a promotion prize worth 5,000 euros. The 2017 prize goes to Guggolz Verlag for its achievements in publishing both new and rekindled works from Eastern, Middle and Northern Europe.

Both prizes will be formally conferred at the Independent Forum during the 2017 Leipzig Book Fair. Author Burkhard Spinnen will preside over the ceremony.