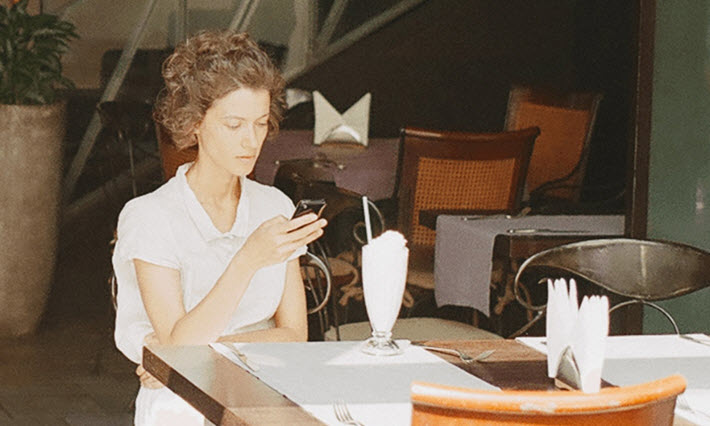 In quick expansion, the Russian ebook subscription service Bookmate started life as an e-reader producer, only to learn that ‘people don’t know what to read.’ In 2014, Bookmate won London Book Fair’s Publishing for Digital Minds Innovation Award. Most recently, we heard of the Russian company as one of the services that Copenhagen’s Palatium is working with. Today, the international ebook subscription services claims it has more than 650,000 titles from some 600 publishers read by more than 5 million people in 12 languages.—Porter Anderson

Reporting for Russia Behind the Headlines, Lyudmila Petukhova writes that the Russian ebook subscription service Bookmate—with an electronic library of around 700,000 titles—has become a market force to be reckoned with in Indonesia, Latin America, and the Commonwealth of Independent States (CIS).

The company is said to have plans to expand into Northern Europe and South Asia.

Andrei Bayev, Bookmate’s managing director, speaks with Petukhova on how the company works to “inspire a love of reading” in countries worldwide.

Some highlights from the exchange:

Lyudmila Petukhova: In which countries do you have the most users? Andrei Bayev: Well, that’s not fair to say [laughs], because in some places we’ve just started, while we’ve been in other markets for a long time.

But the top three are Russia, Indonesia and America.

We’re well read in Kazakhstan and Azerbaijan. We have a loyal audience in Ukraine. The CIS and Latin America are growing nicely.

LP: How did Bookmate start?

AB: We started six years ago with one simple idea: to make a comfortable e-reader. At that time, the market for electronic books in Russia was zero. We didn’t have any monetization business model for the first three years. But then we realized that there are enthusiasts who are taking books, run them through a scanner, make PDFs and post them on the Internet. So, we went to the publishers and began to work with them from that moment.

LP: When and why did you decide to go abroad?

AB: When we realized that the application works, we started to think what to do next. We introduced a subscription model.

Then we began to notice that people liked it and that our profits were growing fast. The next task was to figure out how to make a Russian company that will be able to operate successfully in several markets, from Bolivia to the Philippines.

We started with Singapore. Because, on one hand, we had many books in English, and everyone in Singapore reads in English. Secondly, we wanted to work in Southeast Asia for one simple reason: the markets in Indonesia and Russia have a lot in common…

LP: How does the Bookmate application work? Is it a social network, or something else?

LP: What are the specifics for working with books in different countries?

AB: There are many nuances. In Indonesia, people don’t use credit cards, they pay for everything by mobile phone. Therefore, we needed integration with a mobile operator. In Russia, an interesting feature is that the publishers believe that a subscription service is an important distribution channel. There’s almost no gap between releasing the ebook and the print edition, it’s only about two weeks.

Read the entire article at Russia Behind the Headlines here.