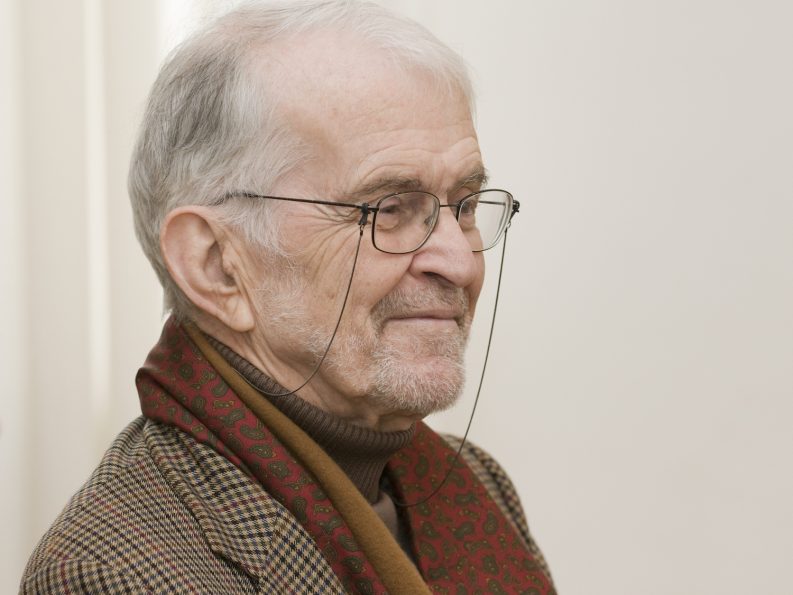 On December 12, 2016, publishing industry veteran and my good friend Fred Kobrak died. He was 88 years old.

Like many other people who got to know Fred, I first met him at a book fair. He loved book fairs—especially the Frankfurt Book Fair, which he attended for 56 consecutive years.

For three years, Fred and I manned the Frankfurt Book Fair’s Hall 8 info stand together. I was fresh out of college, and he was at the Fair for the 49th time. He insisted we be there at 8 a.m. each morning, and we stayed until the booming intercom voice told us the Fair was closed for the day.

Every day, our info stand hosted a steady stream of publishing VIPs, who all stopped by to talk to Fred. He’d easily switch from English to German, then Dutch to Spanish, followed by a little French or Portuguese.

He introduced me to everyone he talked to. He told me stories about being followed by the KGB during his trips to the former Soviet Union, of selling chemistry books to a king in Africa, and of the rise and fall of publishing companies around the world.

Through Fred’s eyes, book publishing was a noble and glamorous enterprise. There was no better person to initiate me into the world of books than Fred. Fred and me, working the Frankfurt Book Fair info stand in 2007

“Fred Kobrak was a wonderful friend to so many of us in publishing and at the Frankfurter Buchmesse,” said Juergen Boos, director of the Frankfurt Book Fair. “We’ve lost one of the great book people of our time. He truly cared about the international publishing community and generously shared his decades of experience, expertise, and friendship with us.” After spending his career traveling the world for publishers like Macmillan and Thomson, Fred amassed an understanding of the global book business unlike anyone else’s.

He worked at Macmillan for 35 years, first in international sales and eventually as the President of Collier Macmillan International in London. After retiring, he worked for 10 years as a consultant to Thomson.

Fred continued to actively participate in the international book publishing community well into his retirement. He was an avid member of the Association of American Publishers. He flew around the world to attend meetings of the International Publishers Association.

One of Fred’s remarkable traits was his willingness to share what and who he knew, and to help his fellow publishers. He relished conversations with people who were getting started in publishing, and with people from all over the world.

“The international publishing community mourns the passing of Fred Kobrak, a man who dedicated his life work to bringing books, education and ideas to the global audience and whose passion, dedication and commitment will continue to inspire,” said Seth Russo, VP, International Sales at Simon & Schuster. “Fred was a citizen of all the world who shared his knowledge and wisdom freely. He will be deeply missed by his many friends and colleagues.”

Ulrike von Lehsten, who worked at Farrar, Straus and Giroux for 25 years and was a long-time friend of Fred’s, remembered him this way: “I met Fred around 50 years ago at the love of his life: the book fair in Frankfurt…He was such a generous human being: helping where he could, listening to other opinions, always in a friendly mood but also strict to his values. He much preferred to give than to take.”

For several years, my husband and I lived a few blocks away from Fred in New York City. We met for dinner at Turkish, Persian and Japanese restaurants. We met his family, and he met ours.

Who would have thought that such a wonderful friendship might start at a Frankfurt Book Fair info stand? Fred would have. He believed in the power of a book fair to build relationships, and he cherished the friends he had made over his many decades working in publishing.

Those of us who knew Fred will truly miss him.