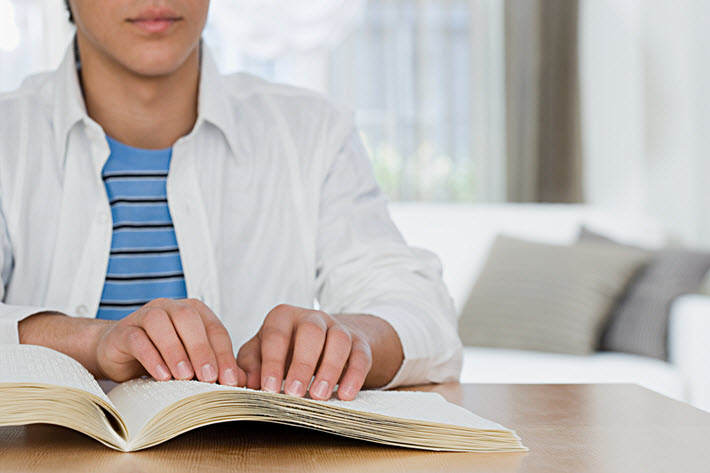 With the Marrakesh Treaty ratified by the requisite number of nations, a guide to its background and provisions is available now from the IPA. As covered here at Publishing Perspectives, the Marrakesh Treaty is an initiative intended to make books more readily available on an international basis to visually impaired and other “print-disabled” people who can’t use standard-format books.

The Geneva-based World Intellectual Property Organization (WIPO) has led development of the treaty, and now the International Publishers Association—also based in Geneva—has announced its release of a 43-page Guide to the Marrakesh Treaty (PDF).

The guide has been prepared by IPA legal counsel Carlo Scollo Lavizzari, based in Basel, who, according to the announcement “was immersed in the Treaty process from the outset, in 2003,” and its purpose is “to help world publishers understand their responsibilities” under the treaty’s provisions. “In an ideal world, all literary works would be available and discoverable to sighted and print disabled readers at the same time and price.

“Thanks to great strides in collaboration among all in the information chain, from author to reader, and thanks to advances in technology, this could become reality sooner than some may imagine.

“The IPA guide gives our members—national publishers associations—and the publishers they represent, excellent advice on how to honor the treaty’s provisions and contribute fully to tackling the “book famine” suffered by blind, visually impaired and print disabled people.”

Of particular interest to publisherswill be the guide’s commentary on copyright considerations. What the treaty does is make it possible for content for visually impaired readers to cross the borders of signatory nations without copyright impediments.

Even in the guide’s table of contents—where the word copyright appears 68 times—one section (4.7) is titled “Countries should guard against extraneous issues advanced to weaken copyright and irrelevant for facilitating greater access.”

Another (6.2) reads, “Publisher Associations should ensure that when the copyright exceptions are implemented, the stipulations and flexibilities of the MT are implemented in such a way that a balanced solution is achieved.”

Clearly, while expanding access to the international publishing community’s output is a goal of many in the world industry, there are concerns about proper copyright protections in the context of this new treaty’s purview. And this is the prompt to which IPA is responding in creating and offering this guide, free of charge, to all interested.

“The guide hopes” according to its introduction, “to help identify, remove, overcome or work around all or some of the barriers, whether legal, technical, workflow, design, habit, social, psychological, collective or individual, which result in literature that is easily available to sighted readers not being equally available to visually impaired and print disabled readers.”

Again, that link for the PDF is here.

More at Publishing Perspectives on the Marrakesh Treaty is here and here.