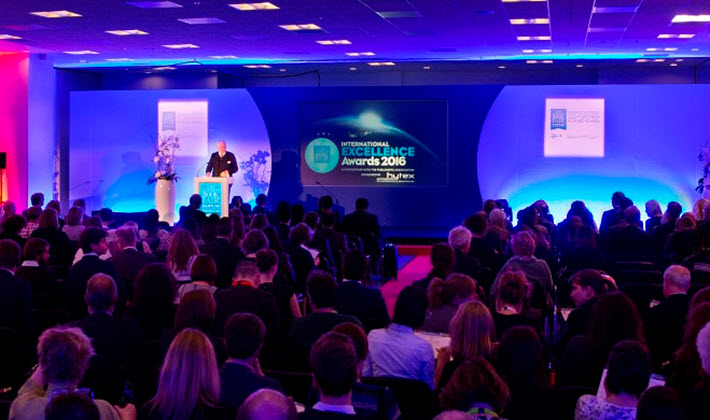 London Book Fair’s awards program, in its fourth year, will include ten categories for entries from outside the UK, and 16 categories overall. Jacks Thomas: ‘All Corners of the Globe’

In March, London Book Fair and the UK’s Publishers Association will announce their International Excellence Awards for a fourth year, this time sponsored by Hytex Communication Services.

In 2017, a new category of award is being added to the program, Rights Professional of the Year, bringing the total roster of categories to 16, which includes an Inclusivity in Publishing Award for an organization.

The window for entries has opened and is not long, running through Thursday (December 16). Here is a link to use for information on nominating or submitting someone or a company.

Those with an asterisk* are open only to countries outside the UK. In a prepared statement, fair director Jacks Thomas is quoted, saying, “Since we launched them in 2014, the awards have been a personal LBF highlight of mine. It is brilliant that this year we are introducing the Rights Professional Award and we are looking forward to receiving the nominees from all corners of the globe.

“Each year, the winners and shortlist are always inspiring and diverse; from Readings Australia—the first bookstore of the year–to the educational publisher SuperMemo Poland, the awards look across the publishing ecosystem and celebrate its innovation and breadth.” For the Publishers Association, chief executive Stephen Lotinga speaks to the new Rights Professional Award, saying, “The trading of rights is integral to the dissemination of published works around the world, providing access to educational resources, research and stories.

“Rights trading facilitates the ability to enjoy published works in a wide variety of formats, languages and media. Rights professionals are vital to the publishing industry and I’m delighted that we are able to recognise this important role within the array of excellence awards.” And Lucy Vanderbilt, group rights director with HarperCollins and judge for the Rights Professional Award, is quoted, saying, “Rights people are at the hub of international publishing, working tirelessly to reach readers and build and maintain relationships no matter where.

“Selling rights requires world-class communication skills and considerable finesse, as well as strategic thinking, impeccable attention to detail, and a genuine passion for the books we sell. I’m delighted to have the chance to acknowledge the contribution made by some of the best rights people working outside of the UK.”

More information on the awards is here.