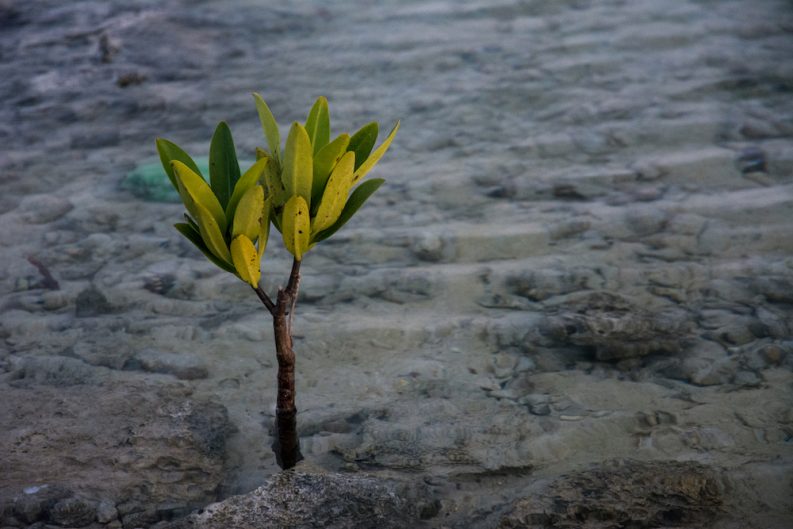 How do writers and publishers handle charged topics like climate change? Environmentalist Jamie Clarke makes a case for including more perspectives, both for the sake of book sales and the planet. ‘Quite a Focus on Gloom and Doom’ In the book, Clarke and Corner attempt  to answer the question: what is the best way to write about climate change?

With the height of the book-giving season underway, Publishing Perspectives interviewed Clarke for his observations on the question.

Publishing Perspectives: Why did you think there’s an issue about the way people write about climate change? Jamie Clarke: Understandably, the way it’s written about today tends to fit with the culture and history of how it’s been written about previously. That’s tended to be dominated by dry scientific facts and issues that are far away in space and time like dates in the future when something is going to happen.

It’s been dominated by a scientific world view that sees these things as important and it reflects the concerns and values of the people most passionately engaged in it—the scientists and environmentalists.

This has lead to media covering the story in a predictable manner, which many people can’t relate to. The result of this is that the story of climate change has been quite polarized and confused.

PP: You’ve talked about the need to have new and diverse voices speaking on climate change. How do you actually go about that?

JC: We work with people of faith, migrants, and trade union leaders, who see climate change quite differently. We work with people from the center right who don’t fit the stereotype of climate-change campaigners and [we] look for common ground. Of course, scientists and political leaders have real authority, but only to some people. It depends on your value perspective.

“The publishing world has a very influential role in shaping our perceptions of climate change.”Jamie Clarke

PP: What are you thoughts about how publishing is communicating climate change?

JC: There’s quite a focus on doom and gloom, and the narrative that the end of the world is nigh. There are definite solutions to climate change out there that could make a nice place to start for alternative narratives. We need stories that avoid scaring people. The recent climate agreement in Paris would be a great place to start.

People fall into following the  same cultural norms. If you’re aware of it and are not making an effort that would be a shame. If publishers tell stories in a different way, they’ll widen the market for their own books.

PP: What could publishing do differently?

“Make sure what you publish is not hyperbole…Try to stick to basic facts. Use peer-reviewed scientific research if you’re worried. Have confidence.”Jamie Clarke

JC: The publishing world has a very influential role in shaping our perceptions of climate change. The books they publish help shapes society’s perceptions.

Most of us know that smoking causes cancer, but we don’t usually understand all the science that explains it. We bring our real-world understanding to the issue and don’t start off with the view that it’s a complex issue that we can’t hope to understand.

For a publisher, editor or writer looking for a new narrative about climate change, why not then start with people’s real-life experiences and use that as a way into the issue, rather than adopt the hackneyed standard dystopian lens? By making it personal, you’re helping people to understand in their own terms and not just reproducing the views of others.

‘There Will Be People Who Disagree’

PP: Some publishers may be wary of tackling climate change in this way because of the criticism they may receive from climate-change skeptics. Should they be?

JC: There will be people who disagree—as there are about any social issue you publish books about. There is even an industry devoted to undermining the dominant storylines about climate change.

So make sure what you publish is not hyperbole…Try to stick to basic facts. Use peer-reviewed scientific research if you’re worried. Have confidence.

“People fall into following the  same cultural norms…If publishers tell stories in a different way, they’ll widen the market for their own books.”Jamie Clarke

PP: You’ve talked about the danger of trivializing climate change. What do you mean?

JC: One way is that to try to help your readers get their heads around climate change you take such a small-scale issue that actually climate change is actually no longer there. You’re trying to give them a nudge, but they’re no longer engaging with the bigger issue. Climate change needs to be there in the story.

The other mistake is to treat your readers as stupid. If you say that you only have to turn off your light bulbs and everything will be sorted out, they’ll see the problem with your argument.

PP: Can you tell us what “social silence” means in the context of climate-change writing and publishing?

JC: “Social silence” … occurs when people care a lot about an issue but don’t talk about it because they feel they need to have lots of knowledge about it; and because it’s been so politicized that they know that there’ll be other people around the dinner table who’ll have strong views, and more knowledge.

The result is that other people don’t talk about it either, because they assume no one else talks about it. The silence then just gets deeper and deeper.