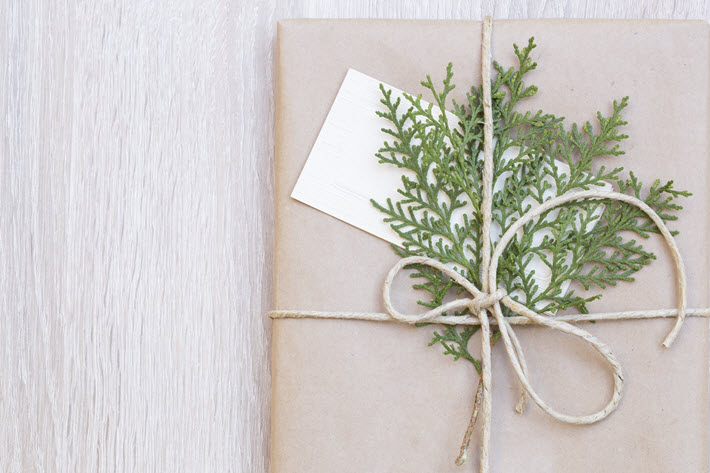 Our international publishing colleagues tell us which books are on their holiday gift lists this year. We wish you happy holidays and a wonderful New Year. One of the less frequently acknowledged truths about publishing people is that while they may love books more than just about anyone, they may also get to read them less than others. That’s because, of course, they’re doing the work of the industry that produces all those books for the industry’s consumers. UK author Joanna Cannon (‘The Trouble With Goats and Sheep’) recommends Rob Ewing’s ‘The Last of Us’ from Borough Press. She calls it ‘ a wonderful gift for someone who enjoys their stories on the darker side, but who would like to round off the year on an air of reflection, and with the tiniest flicker of hope.’

But this is the time of year when we all turn to piles of books long stacked up on nightstands: the holidays mean more reading time. ‘Tis the reason, or at least one of them, that publishing loves the holidays. Another might have something to do with book sales…

Hoping to surface some great ideas for gift books that we might otherwise overlook, Publishing Perspectives asked industry folks in several parts of the world what they might recommend—whether their own companies’ books or others’.

And we got some interesting responses we’ll share with you now in no particular order. “Thought I’d go for some nonfiction.

“One my colleagues at HarperCollins, Caitlin Doyle is the author of Girls Can Do Anything: The Incredible Girl-o-pedia of Astounding Achievements.

“This book is a timely reminder of the astounding achievements of women through history. Introduce the young women and men in your family to Frida Kahlo, Ada Lovelace, Harriet Beecher Stowe and many more this Christmas. “Everyone will be richer for a copy of The Good Immigrant this Christmas. It features 21 powerful, humorous, and challenging essays from exciting black, Asian and minority ethnic voices.

“This book has had a huge impact across the UK, winning awards and triggering a much needed discussion. “Without doubt, Tom Parker Bowles’ The Cookbook is the most delicious and sumptuous cookbook I’ve ever seen.

“From Fortnum & Masons, you’ll find recipes for Welsh Rarebit, Knickerbocker Glory and it’ll teach you how to make the perfect Negroni.

“I defy anyone to not be delighted to find this beautiful book under the tree.” “After winning the Man Booker International Prize earlier this year, The Vegetarian hardly needs my vote for one of the year’s best books.

“Han Kang’s eerie and gripping novella (translated from Korean into English by Deborah Smith) recounts the consequences of a young Korean woman’s decision to give up eating meat after a horrifying nightmare.

“Her protagonist–a martyr to a cause that baffles her family, husband and friends–is both sympathetic and frightful. I could barely stop reading once I started–and throughout, I felt that Kang had managed the feat of channeling Kafka through the lens of a 21st-century Korean. Just as remarkable is that Smith taught herself Korean only six years ago, and it was she who proposed the book to English publishers. (The Korean original first appeared in 2007).” “Equal parts mathematician and political activist, Cathy O’Neil has calculated the impact of algorithms on society in Weapons of Math Destruction.

“When it comes to human activities, algorithms are expected to be models of objectivity, owing to their basis in mathematical formulae and reliance on enormous quantities of measured facts about a given general population, whether students or teachers, job applicants or criminal defendants.

“O’Neil makes the case that real-world mathematical models are anything but objective. In Weapons of Math Destruction, she asserts that big data WMDs are opaque, unaccountable and destructive and that they essentially act as unwritten and unpublished secret laws. For the most part, she says, big data adds up to big trouble.

“Weapons of Math Destruction was long-listed this fall for a National Book Award in nonfiction.”

“A new book by Alexandra Petrova, the well-known Russian poet and writer [who has lived in Rome for 27 years], is titled Appendix, and can be certainly considered as a perfect gift for the forthcoming Christmas holidays for all categories of readers.

“The book is dedicated to the modern Rome and the problems of modern civilization, among which are poverty, illegal migration, moral lapse–the same problems that resulted in the crash of ancient Rome hundreds years ago.

“At the heart of the book is a crisis of the European civilization and a search of meaning of life by main characters. The perfect gift, intended for thoughtful reader.” As covered by Publishing Perspectives, Pullinger is involved in the high-visibility ‘Ambient Literature’ project launched by Birmingham University, the University of West England, and Bath Spa. (More on that project is here.)

“A book that amazed and surprised me this year was Maggie Nelson’s blend of memoir and philosophy, The Argonauts. “My favorite children’s book for the upcoming holidays is An After Bedtime Story, written by Shoham Smith, illustrated by Einat Tsarfati, and translated from the Hebrew by Annette Appel (Abrams Books for Young Readers).

“This delightful picture book stars young Nina in a pink tutu who refuses to go back to bed and enjoys being the star of her parents and guests’ party.

“This is the perfect gift to celebrate a time when families get together and when children may be allowed some ‘naughtiness.’ “A few years ago, Belgian author Amélie Nothomb revisited Barbe Bleue (Blue Beard)—a wonderful and gripping read—and this year she treats us with a modern take on Charles Perrault’s Riquet à la Houppe from Albin Michel (Ricky With the Tuft).

“Nothomb tells the love story between Déota, a boy who is exceptionally ugly but very intelligent, and Trémière, a girl who is particularly beautiful but unintelligent.

“With her fluid and brilliant style, Nothomb explores the ideas of difference and appearances in the society we live in.

“An enlightening read for those who know or don’t know Amélie Nothomb.” “Sticking religiously to books I have not published myself, there are, as always, an embarrassment of riches (and if we extended the choice to Canelo titles the embarrassment would, naturally, increase). “In nonfiction, one highlight has been Inventing the Future: Postcapitalism and a World Without Work by Nick Srnicek and Alex Williams (Verso, 2015, updated 2016). Yes, it was originally published in 2015, but this is the political argument I have waited decades for. Finally someone has outlined a genuinely new politics for the 21st century and, frankly, thank God for that.

“Both Han Kang’s The Vegetarian [see Christopher Kenneally’s comments above] and Ian McGuire’s The North Water have stayed with me.

“The latter is an insane, no-bolds-barred dash into a landscape of gore and ice and violence. Both of these books were beautifully written but also terrifying and extreme. Great stuff.”

Ivan Donskoy, member of the Russian Guild of Book Critics. “This year was marked by the appearance of many interesting books, which sparked great interest in our readers and contributed to an increase in attendance figures at some leading book fairs in Moscow, St.Petersburg, and other large cities. An interest in reading is steadily growing in Russia and we believe that this trend will continue in coming years.

“At the end of the expiring year, we recommend Leo Tolstoy: A Free Man (Young Guard, 2016), by Paul Basinskii, a Russian writer and journalist and the winner of the literary award “Big Book.”

“His book sums up Basinskii’s years of a researching Tolstoy’s life, using extensive documentary materials from which the reader learns previously unknown facts about Tolstoy.

“Despite the fact that many of the events of Tolstoy’s life are described in dozens of memoirs—including those by members of his immediate family—the personality of this writer remains elusive to us.”

And Three More Canadians Heard From Left to right above:

Special thanks to Publishing Perspectives’ Erin L. Cox, Carla Douglas, Alastair Horne, and Eugene Gerden for their help with this story.