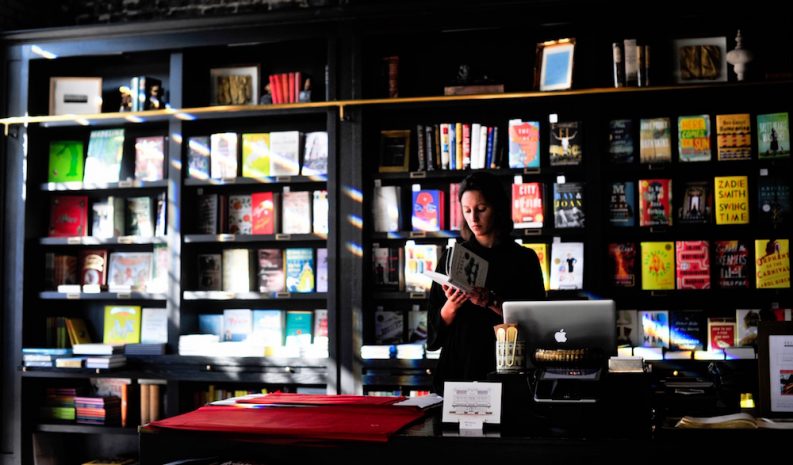 With only a few shopping days to Christmas, German booksellers say they’re happy with holiday book sales so far—and there might be even greater things to come. During the first week of December, many German shoppers were still taking time to browse bookstores and get recommendations from staffers before holiday book sales take off. With Christmas coming closer and the pressure rising to find suitable gifts, consumer willingness to spend has risen accordingly.

The Handelsverband Deutschland (HDE, German Trade Association) expects 2016 to be a record year for holiday sales, predicting a rise of 3.9 percent for the entire retail industry. They believe German consumers will spend 90 billion euros this year. If these predictions come true, December 2016 might turn out to be one of the best retail months in history.

Across the book industry, publishing trade magazine Börsenblatt polls 50 booksellers each week about current trends during the Christmas season. After the first two weeks of December, bookstores report a sales increase of 0.9 percent on average, compared to last year.

While these numbers might seem low, the big finish is yet to come, says Stefan Genth, managing director of HDE: “We’re a week away from Christmas and the days before Christmas Eve traditionally see the strongest retail sales. Based on experience we know that many consumers will be out and about in the cities.”

When looking at book favorites this winter, there are some familiar titles at the top of shopping lists: Harry Potter and the Cursed Child by J. K. Rowling (more than one million sold copies so far) and Diary of a Wimpy Kid by Jeff Kinney in children’s and YA books.