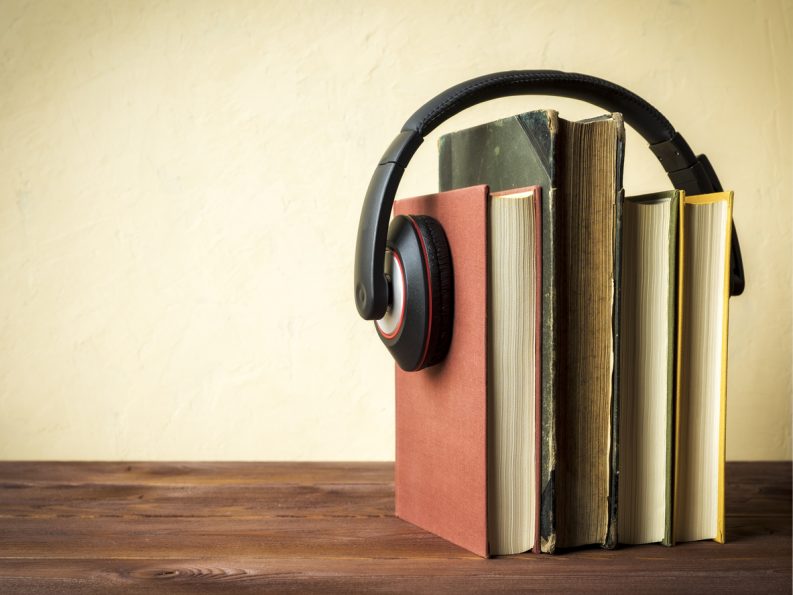 As discussed in our preview of London’s FutureBook Conference, one of the fastest-growing sectors of the industry in the UK, USA, and Sweden is audiobooks. The Audio Publishers of America’s Michele Cobb, who spoke at FutureBook, talks of there being only 3,000 or 4,000 audiobooks at the turn of the century in the States, and some 36,000 titles per year now. At the conference, the specialized track on audiobooks drew strong interest to learn more about what Nielsen estimates is, in the UK, a £90 million pound market.—Porter Anderson

Traditionally, at least to some, audiobooks are a rather unloved branch of book publishing—a necessary evil in selling books, but not really worth getting excited about. However, that may be about to change as audiobooks go through their own digital revolution that’s relegating the CD to the role of coaster.

With explosive growth in the number of audiobooks downloaded in markets including the US, the UK, and Scandinavia, speakers at the newly offered Audiobook Revolution strand of FutureBook 2016 in London (see additional coverage here) were asking the big questions:

Judging from the standing-room-only attendance in the room housing the audiobook program at London’s 155 Bishopsgate last Friday (December 2), these were questions to which many are listening out for answers.

“There is huge, huge growth in the number of audio downloads,” said Jo Henry, customer insight lead at Nielsen, during the session “Listen Up: What the Data Tells Us About Audio Consumption.”

This year, she told the audience, audio downloads “were up 30 percent and 50 percent over last year. Just about 10 percent of UK adults have listened to an audiobook over the last twelve months to June 2016.

“In 2015, the market for audiobooks was getting on for about 11 million units, 60 percent of which were downloads and over £90 million (US$113 million) of spending. I think these are in proportion to the larger USA market.

“Three-quarters of those who listen to audiobooks buy them.

“Looking at genres,” she said, “we can see the dominance of the crime and thriller, which is the most popular bought by consumers with 30 percent of the market.  Humor is the first nonfiction category that pops in at third place.”

In terms of who reads what, it turns out, audiobooks aren’t so revolutionary.

“The top of the author charts,” according to Nielsen’s research, “has Agatha Christie and authors like Francis Durbridge [creator of The Saint] which I don’t expect you’d see in the physical book chart. [This] suggests that old classics sell really well” in audio formats.

Hashing It Out at Hachette Further research into the market by Louisa Livingston, group insight and innovation development director at Hachette, suggested where more growth is likeliest to appear in the UK market.

“While 15 percent of UK adults have listened to audio at some point,” Livingston said, “we believe that 57 percent are ‘potentials’ who have never listened but could be tipped over into trying it.

“It’s a younger audience with a bias toward ABC1 males [consumers from one of the three higher social and economic groups] with a passion for books and reading as well as technology. This association with technology is a hangover with audiobooks that we as an industry need to think about.

“Discoverability is a real issue for some–one in five [surveyed] just didn’t know where to find an audiobook.” On hand to try to divine how to reach the 50 percent was Niclas Sandin, CEO of BookBeat, a digital subscription service operated by Sweden’s Bonnier. So far 90,000 users have tried BookBeat in Sweden and Finland.

“We believe that we have learned from the first 90,000 users,” Sandin told the group. “Women are the biggest users, but the average age, at 35, is a little bit lower than overall in the industry. Our most common age is 27 years old.

“This shows that if you make the book relevant and attractive you can reach new audiences. New titles are the driver for people to try the service. However, last month 70 percent of the titles listened to were published before 2016.” Paul Dawson, partner at digital branding company Fluxx, argued later in “After the download: The Next Innovation for Audio” that continued growth could come down to finding inspiration from serialized episodic content, as in the podcast Serial, or finding new markets in surprising places.

Dawson has been working with The Times and The Sunday Times, he said, to find new a market for audio content among elderly people who go on cruises.

“One of the things that became very obvious,” he said, “is that they have money to burn, they have a lot of time on their hands, and they like the smell of smoke,” he says.

Hoots in The Owl Field For Michel LaFrance, founder and managing director of The Owl Field, audiobooks need to embrace new technology such as his company’s “3D audio.” The Owl Field won the third place BookTech award at FutureBook last year.

“You are going to hear the term ‘immersion’ more and more in audiobooks,” LaFrance said, referring to a frequently used term in his company’s offer.

“This is a new term which is about putting the user in the story and using sound design to make them feel that the story is surrounding them through effects like footsteps or the rustling of clothes. The more popular a technology like VR is with a younger audience, the more technology like this will become important.

“In The Fairy Tree we decided to make it interactive so that you can choose your path just like the game stories of the 1980s and 1990s. The other aspect is personalization. Go to Hogwarts and encounter Harry, Hermione and Ron, who will address you by name.”

The Sound of Caution In something of a counter to LaFrance’s comments, Dawson warned that technology such as “3D audio” is very expensive and such experimentation can carry a hefty price, especially if it doesn’t work.

Every revolution has its limits–or threatens to repeat history. For author Matthew Rubery, these enhancements to audiobooks are reminiscent of the return to radio theater in the 1930s, which was essentially trying to answer the same questions.

“At what point does it start to distract from the book?” he asked.

In this audio clip from FutureBook 2016’s Audiobook track, you can hear Dominic Gribben, senior editor for digital and audio at Hodder & Stought, and Joanna Surman, digital business director at HarperCollins, tell Alessandra Pineda what they think the biggest changes in listener behavior and audio will be in the next five years.