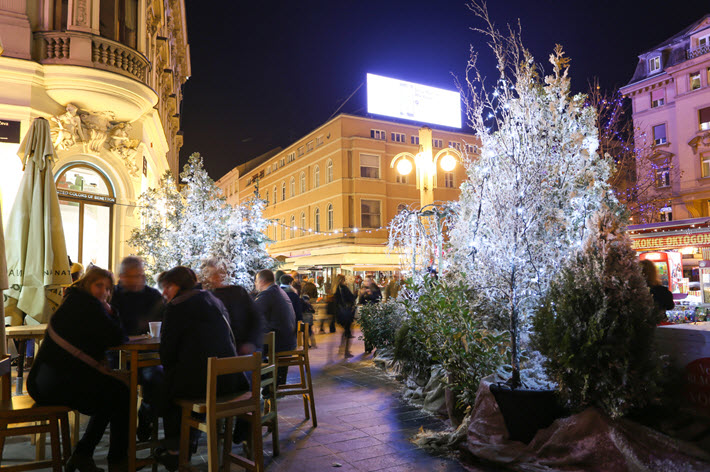 At Total Croatia News, Daniela Rogulj reports that all of Croatia is becoming part of the Free Reading Zone effort to turn public spaces into zones in which ebooks may be read free of charge—through a new effort, Croatia Reads, launched by No Shelf Required and Total Boox.

A reported 100,000 or so digital books from many parts of the world are available to be read, free of charge, anywhere inside Croatia’s borders and without memberships or coded access. Citizens of Croatia and those traveling in the country can read a wide range of titles in many languages.

Users download a free app Croatia Reads, available for Android and iOS smartphones and tablets. Enrollment is required. Updating information on the program is at its site on Facebook . There we read that in the program’s first five days prior to Sunday (December 11), some 24,000 people registered and were busy reading more than 23,600 ebooks.

She writes, “A revolution has erupted in the form of books; [it’s] the first time that a free library, rich with international bestsellers and academic books, has become available to all people within a state.”

Mirela Rončević, the project’s manager based at the digital-literacy portal No Shelf Required, tells Rogulj:

“This is the full democratization of the written word, something we so far have not seen. We have created a circle in which we all benefit, and at the same time it is for everyone regardless of their location and purchasing power.

“Sponsors support the noble mission which is equally related to culture and education and tourism and helps to spread knowledge everywhere, thus enriching society. Publishers, and their authors, are paid for reads (thanks to the support of sponsors), and people all over Croatia have the written word at hand.”

In answer to Publishing Perspectives’ inquiry, Rončević clarifies that the program is being launched “in hopes that it will serve as a pilot project to be eventually taken over by the government.”

It is the Total Boox platform that has the requisite relations with various publisher involved, Rončević tells us, and the project is led by No Shelf Required, which has its own writeup of the program here.

In the No Shelf Required article, the program is described as comprising ebooks from more than “250 publishers are participating, including an array of world-class brands, among them, Lonely Planet, Workman, Sourcebooks, Berlitz, Oxford University Press, F&W Media, O’Reilly, Other Press, Elsevier, Wolters Kluwer, New World Library, Marshall Cavendish, Berrett-Koehler, Lerner, and many others.”

Rončević is quoted in the story saying, “With the launch of Croatia Reads, we have created a circle in which all segments of Croatia’s society benefit: culture, education, and tourism.

“We have begun the next big revolution in the story of the book—the one where the potential of the digital medium is finally used to disperse knowledge to all who want it, when they want it, and how they want it. Croatia today stands as an example of what is possible with the book in the 21st century, and what is possible looks a lot like the democratization of the written word we’ve never seen before—the kind that will finally give books in digital format the chance to show their true potential.”

You can read the full article from No Shelf Required here.