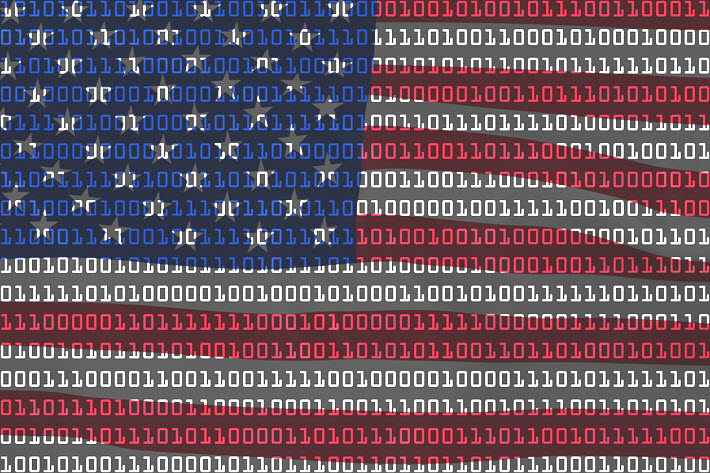 Copyright protection and enforcement are essential to US publishers’ ‘ability to compete in global markets,’ the AAP writes to the president-elect. Appeal to Authors: ‘You and Your Daughter Ivanka’

In an open letter to Donald J. Trump sent to the Trump-Pence Transition Team today (December 15), the Association of American Publishers (AAP) tells the United States’ president-elect that “the protection and enforcement of intellectual property rights, defense of the freedom to read and the freedom to publish, and promotion of research, education and literacy” are among the association’s “highest public policy priorities.”

Within a few paragraphs, the AAP letter points out that Trump has personal experience of the efficacy of book publishing and its impact, writing, “This is not industry puffery, Mr. President-Elect.

“You and your daughter Ivanka are part of the proof, having authored some 18 popular books in the past thirty years, most of them published by imprints of AAP members such as Simon & Schuster, Penguin Random House, John Wiley & Sons, HarperCollins, Macmillan, and Hachette Book Group (Perseus Books), and all of them still available for purchase, whether in hardback, paperback, eBook or audio formats. Undoubtedly, your most recent books introduced readers to views and ideas that formed the core of your election campaign.”

This is quickly followed by the First Amendment guarantee of publishers’ “ability to get works into the marketplace, without interference from government and with the key assets of their exclusive rights in such works acknowledged as legally-safeguarded intellectual property.”

Again, invoking Trumpian experience, the AAP references the parallels between copyright and trademarks: “Surely you understand the role that meaningful intellectual property rights play in American entrepreneurial success, both at home and in global markets, as the ability to burnish the Trump brand through trademark registration and enforcement has helped your diverse enterprises to grow and thrive worldwide.”

After explicating the industry sectors its membership comprises, the AAP gets to a specific point of concern: “AAP has worked with US Government officials in bringing a successful albeit not yet fully implemented market access action before the WTO [World Trade Organization] to address China’s failure to live up to its commitments to lift restrictions on foreign investment in publications importation and distribution.

“We commend to you the accomplishments of US trade negotiators in regard to the standards, practices and policies they have recently secured in connection with intellectual property rights and digital commerce.”Association of American Publishers

“In addition, for several years now, AAP has engaged on multiple fronts to stop the unauthorized dissemination of electronic copies of academic journal articles by Chinese commercial entities that, having sourced the articles from certain libraries with licensed journal subscriptions, set up their own ‘subscription services’ in direct competition with American publishers.”

“Although we understand that multilateral trade agreements are multi-faceted and often result in some stakeholders being unhappy with the ways in which certain aspects of their sectoral interests are addressed, we commend to you the accomplishments of US trade negotiators in regard to the standards, practices and policies they have recently secured in connection with intellectual property rights and digital commerce.

“In general, these have been viewed within the US creative and technology sectors as likely to be beneficial to US economic interests.”

“The current epidemic of online infringement harms public as well as private interests…and the legal flaws that hamper the DMCA in its intended operation need to be fixed by our nation’s elected representatives.”Association of American Publishers

At home, the AAP writes, “cultural and business models that have evolved on the Internet…pose serious practical and political problems for publishers in exercising their exclusive rights of copyright.”

And, asserting that “Congress must fix DMCA,” the Digital Millennium Copyright Act (DMCA), the publishers write that “the ease of discovery, access and distribution increasingly associated with the unauthorized presence of many copyrighted works on the Internet promotes conduct reflecting a mistaken view that their mere availability online justifies acquisition and use of such works without giving copyright owners the customary right to fair market value in exchange.”

Existing DMCA provisions don’t support “the intended balance” for content online, the publishers association writes, between availability and copyright protection. “The current epidemic of online infringement harms public as well as private interests in the availability of such works, and the legal flaws that hamper the DMCA in its intended operation need to be fixed by our nation’s elected representatives.”

The document, which runs to five pages in its PDF format, makes this its request: “US publishers need a common-sense assurance that their ability to obtain a fair return on capital investments in competitive markets will not be thwarted by flawed federal laws and court decisions, especially since the exercise of their exclusive rights of copyright is an intended result of the Framers’ grant of authority to Congress to advance the public dissemination of knowledge by rewarding the private creation of works of original expression.”

Promising to “follow up with specific recommendations for your consideration during your administration’s first 100 days in office,” the letter is signed by Allen Adler, the association’s general counsel and vice-president for government affairs.

You can read the entire letter here online or download the PDF.