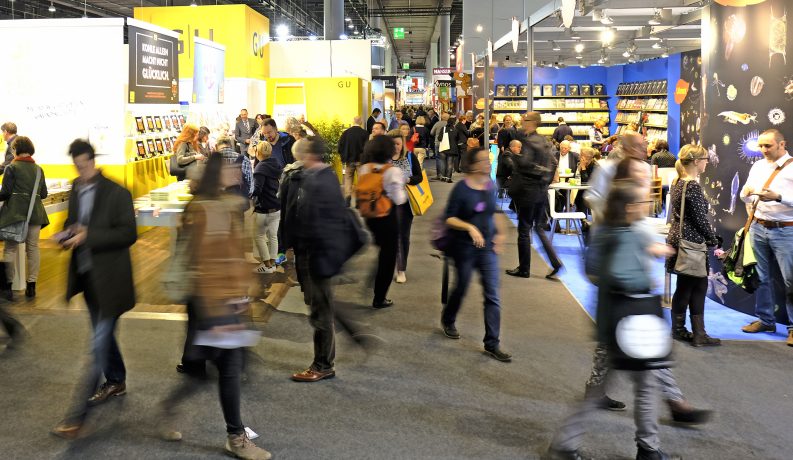 During the Frankfurt Book Fair, Wolters Kluwer Legal and Regulatory has signed on to use the IPR License online rights platform to drive sales of translation rights. During Frankfurt Book Fair, an announcement was made that online rights platform IPR License had inked a new partnership with the Legal and Regulatory US division of Wolters Kluwers.

Wolters Kluwer Legal & Regulatory US provides information, software, and services that deliver analysis, intelligent tools, and the guidance of subject-matter experts to professionals. The company’s parent, Wolters Kluwer N.V., is a global leader in information services and solutions for professionals in the health, tax and accounting, risk and compliance, finance and legal sectors.

Wolters Kluwer shares are listed on Euronext Amsterdam (WKL) and are included in the AEX and Euronext 100 indices. Wolters Kluwer has a sponsored Level 1 American Depositary Receipt program. The ADRs are traded on the over-the-counter market in the US (WTKWY).

IPR License is the first fully transactional rights and licensing marketplace for the publishing industry. By working in conjunction with Wolters Kluwer Legal & Regulatory US, the two organizations will highlight each other’s ability to promote international content by leveraging that content in their respective markets.

In a prepared statement, Betsy Mahoney, director of channels & licensing at Wolters Kluwer Legal & Regulatory US, is quoted saying, “We look forward to teaming up with the IPR License team through this partnership that will enable both companies to leverage each other’s strengths in the marketplace.

“IPR License’s platform will allow more customers to discover Wolters Kluwer content and purchase the rights to produce translations in multiple languages. [That] further promotes our mission to provide our customers with expert solutions that combine deep domain knowledge with specialized technology and services.” For IPR License, Fiona Carr, senior sales manager, is quoted noting the fortuitous timing of the agreement with Frankfurt Book Fair, adding, “We look forward to a long and successful partnership.”

IPR License was founded in 2012, when a gap was identified in the market for a dedicated online platform on which publishing rights-holders could complete domestic and international licensing deals.  In May 2015, Frankfurt Book Fair made a significant investment in IPR License, and in April 2016 it acquired control of the company, with Copyright Clearance Center (CCC) keeping its minority stake.

IPR License has 500 members listing their rights online, and a large, international subscriber base of rights buyers. Since IPR License was launched, rights listings have been viewed by publishing houses in 201 countries across 168 different languages.

Rights buyers can search, offer, negotiate and complete deals for whole book and journal rights, licensing and permissions on the IPR platform. Rights sellers can increase sales from their frontlists and backlists, simply, quickly and cost-effectively.