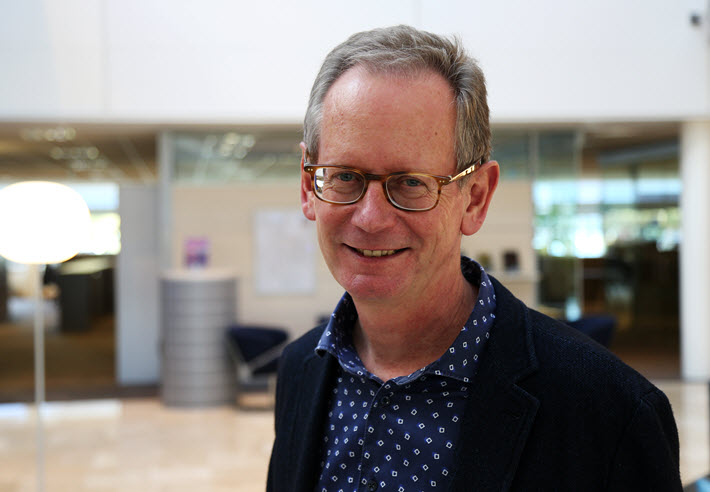 ‘The best thing any leader can do is simply to listen,’ Wiley research vice-president Philip Carpenter says. Scholarly publishing has changed dramatically in the 37 years since Philip Carpenter started work at Blackwell’s.

At the time a recent Oxford graduate, he worked his way through the ranks at the bookstore. When John Wiley & Sons bought the company in 2006, Carpenter became managing director for social sciences and humanities across the business before taking on a vice presidential role–and responsibility for Wiley’s research business–three years ago.

Now, as Carpenter leaves Wiley after a career spent at the sharp end of a rapidly developing business, he reflects on leadership, the increasing influence of governments in academic publishing, the opportunities offered by Open Access, and the importance of listening—both to colleagues and customers.

Publishing Perspectives: You’ve been working in scholarly publishing for more than 30 years. Is there one achievement you’re more proud of than another? What have you found was the biggest challenge for publishing? And is there on achievement that stands out for you above others?

“When I started in publishing, governments had little interest in what we did…Now the direct influence of government is felt daily.”Philip Carpenter

Philip Carpenter: Publishing is a team game, so I don’t think any one individual can or should claim an “achievement.” But I’ve certainly been a part of some exceptional teams, one long ago that rebuilt Blackwell’s as a publisher of textbooks and reference books in the humanities and social sciences, and more recently one that rethought the future of Wiley’s research business as a provider of services to authors, societies, and other partners.

The biggest challenge for any leader in publishing will always be to energize the community and build it on foundations of respect for each other, partnership with their customers, and pride in performance.

PP: The scholarly publishing industry has seen a great many changes in your time. Many of the changes–Open Access (OA), which we’ll talk about in a moment, and the consolidation of the industry–have already been remarked on at length, but are there any significant changes that you feel have been less noticed?

“While governments want to negotiate locally, publishers operate globally. An Open Access article is open everywhere, not just in its home country, and governments may not want to pay for that.”Philip Carpenter

PC: When I started in publishing, governments had little interest in what we did. Sure, the UK government would send us so called ‘D Notices’ [now known as DA Notices, an official request to publishers and broadcasters not to cover items on specified subjects for reasons of national security], to make sure we weren’t endangering the security of the nation, but that was about it.

Now the direct influence of government is felt daily: in copyright reform, in Open Access mandates, in purchasing.

Indeed, government or its proxy has, in many instances, become the direct customer. In a digital environment, that means that we can increasingly make everything we publish available in every educational institution in any country, potentially to every citizen with an Internet connection, as witnessed in Brazil or Egypt, for example.

PP: Wiley recently announced a combined Open Access and subscription deal with Dutch universities that offers them access to all Wiley’s subscription content along with “article processing charge”-free publication for their authors. Do you see such hybrid deals playing a major role for publishers going forward?

PC: Yes, these “blended deals” will be a part of the landscape.

The conundrum is that while governments want to negotiate locally, publishers operate globally. An OA article is open everywhere, not just in its home country, and governments may not want to pay for that.

PP: Is it fair to say that publishers now see Open Access as being as much an opportunity as it is a threat? How have you and Wiley negotiated this potentially difficult period?

“If, as publishers, we see ourselves as partners providing services to authors, libraries, researchers, and students, we should be close enough to those customers to understand what more we can do for them and what we can do better.”Philip Carpenter

PC: Very early on, colleagues at Wiley correctly saw that OA is essentially another business model, and one that we could work with. They also recognized that the author or funder as customer required a complete retooling of systems and processes, something that required effort and investment.

My colleagues were also smart enough to see that OA was open in the sense that it created more opportunities for authors and researchers, particularly those who couldn’t otherwise be published in the most elite journals.

PP: Wiley’s journals program has been open to working with other organizations, and particularly with innovative startups—for instance, the early partnerships with Altmetric and Kudos, and the SmartFigures partnership with EMBO.

Where are the best opportunities for start-ups now?

PC: The keyword here is partnership, something that has always been core to the way Wiley behaves. If, as publishers, we see ourselves as partners providing services to authors, libraries, researchers, and students, we should be close enough to those customers to understand what more we can do for them and what we can do better. I think that’s the way to find opportunities.

PP: You’ve been involved with academic books. The so-called “crisis of the monograph” seems to have been going on for years, and yet monographs are still being published, and in ever-increasing numbers. What does the future hold?

“The great historic myth of management is that it’s the job of the most senior person in the organization to be smarter than everyone else and to tell them what to do.”Philip Carpenter

PC: I wish I knew. What we do know is that the journals “big deal” license did enable the democratization of knowledge by giving digital access to many thousands of libraries, instead of a few hundred subscribers.  We need to find the equivalent model for books.

PP: What advice would you give to someone following you at Wiley?

PC: The great historic myth of management is that it’s the job of the most senior person in the organization to be smarter than everyone else and to tell them what to do.

The best thing any leader can do is simply to listen.