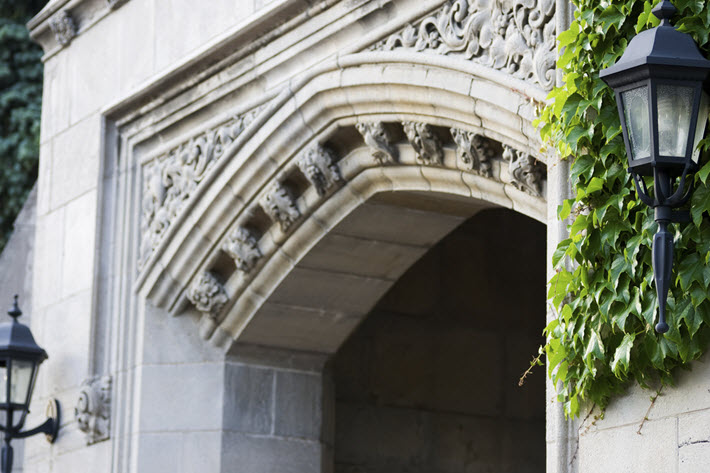 University Press Week is a celebration of the nonprofit, content-driven nature of university presses, which allows them to take more risks than for-profit publishers. With its theme of “Celebrate Community,” University Press Week has spotlighted the 141 member-publishers of the Association of American University Presses (AAUP). They’re located in 42 states and 14 countries, with an aggregate total of approximately 288,000 titles published.

University Press Week—this year November 14 to 19—was launched 1978 under US president Jimmy Carter. The current University Press Week is a five-year-old annual project of the AAUP. At Publishing Perspectives, we wanted to take advantage of the week to get a picture of where university presses stand.

We’ve been in touch with two key players in the sector: Peter Berkery, the American Association of University Presses’ executive director; and Fred Nachbaur, director of Fordham University Press and chair of the “UPWeek,” task force.

University presses function as “extensions” of their parent institutions, as the AAUP’s material puts it, producing both scholarly publications and books of general interest. Because much of their work is culturally rooted—although most of these presses have other projects—university presses have nonprofit status.

We start by asking Berkery and Nachbaur about the main messaging of University Press (UP) Week.

Publishing Perspectives: What’s the key signal you’re hoping to send with this week’s concentration of activity?

Fred Nachbaur: We want to give visibility to the importance of university presses and the work they do in making voices heard and how they aim to work with their communities, whether on campus, with local institutions, or, specifically this year, with independent bookstores.

In essence, we’re building on the proclamation made by President Jimmy Carter in 1978 when he established a University Press Week “in recognition of the impact, both here and abroad, of American university presses on culture and scholarship.”

FN: All of the above. It has been difficult to reach beyond our own university press community and not continually “sing to the choir.”

This year we made real strides in spreading the word of UP Week by generating some innovative campaigns. Those include working with Ingram to create videos that reach a wide viewership—booksellers and publishers. We’ve also collaborated with university presses and independent bookstores at regional book festivals to raise the profile of the local stores and the good work of the presses—reaching individual readers. And we’ve offered webinars with panelists from outside the UP world.

More so than in years past, we broke through a barrier.

It’s always advantageous to reach the campus leadership in our efforts, because we’re mission-driven, vs. profit-driven. So the more [campus stakeholders] know about the efforts we’re contributing to disseminating scholarship and getting the university name out to a variety of constituencies, the better it is for the press and the university.

PP: When University Press Week stresses “community” as it does this year, what does this community comprise?

As publishers, we’re always looking to build a community of readers, whether they’re scholars in a specific field or general consumers interested in regional books.

In addition, we university presses want to become a strong resource on campus. Many of us offer publishing panels to junior scholars on how to work with us on getting their works published. We realize that this is a critical part of their career as academics.

Local institutions, such as museums and historical societies, are also part of our community and we look for creative ways to build a community, whether through co-publications or setting up author speaking engagements and book launches to service the local community.

Independent bookstores have seen an increase, and we want to recognize their value in serving a community of readers. We’ll work with them to provide books for serious readers and make authors available for events.

“Sometimes we get a breakout title that sells more than a thousand copies and we’re really happy. These books would never see the light of day at trade houses.”Fred Nachbaur

PP: Can you explain to us how university presses think of their mission today? And has that mission changed over time?

Peter Berkery: Mission-driven publishing is a core value for every member of the AAUP community.

While this mission is timeless, how university presses execute on it of course changes over time. As scholarship accumulates and technology evolves, university presses innovate their business and publishing models in order to better serve authors and readers.

FN: The role of the university press, in my mind, has remained constant over time.

We aim to disseminate interdisciplinary forward-thinking scholarship that tends gets overlooked by commercial houses but is critical for maintaining a diversity of voices in both academic and non-academic communities.

In addition, the sustainability of a scholar’s career is dependent on publishing monographs. University presses play an important part in the collaborative process by providing essential peer review, board approval, and pre-publication guidance and direction in producing well-crafted books for the marketplace. We hope the book sells a few copies along the way. Sometimes we get a breakout title that sells more than a thousand copies and we’re really happy. These books would never see the light of day at trade houses. First, their reputations–for rigor, for commitment to thoughtful content, for placing purpose before profit–make them near and dear to other stakeholders in both publishing and the academy.

Next, these same qualities create a singular sense of community among AAUP’s 141 members, and the collaboration and support they provide each other is without parallel in the commercial sector.

FN: The greatest strength of a university press is that it’s unafraid to take chances and to buck conventional thinking on a topic. We want voices heard and arguments shared. We resist homogeneity and welcome diversity. Serious authors with serious books want the serious vetting and editorial attention received at a university press.

PP: And what are the key challenges to that strength? Clearly you’re cultivating a great relationship with booksellers. But in the big picture, are we losing university presses? There’ve been some closures in recent years, right? Are we gaining new ones? How healthy are they? And how does the overall university press world stand in relationship to digital here at the end of 2016?

“Ten percent of AAUP’s membership comes from outside North America, and we anticipate more growth there in the future.”Peter Berkery

PB: The main challenge most university presses face today is the erosion of sales in their core product segment: the academic monograph.

There are a variety of reasons for this (academic specialization, shifts in library collection budgets, changing research and discovery patterns), but experimenting with new business and publishing models to respond to this development is probably our biggest concern.

But this must be understood in the context of an overall thriving community.

While a handful of institutions have announced press closings in recent years, in point of fact generally those closures are either reversed or turned into re-engineerings. Once administrators engage constructively with the AAUP community, better alternatives almost always emerge.

Moreover, a number of new university presses have launched–Amherst, Cincinnati, Concordia, Lever—and AAUP’s membership is up by almost 10 percent over a decade ago.

Finally, there’s a vibrant university press publishing scene in the UK, with innovative programs at institutions like Liverpool and Manchester augmented by exciting new initiatives at places such as University College London and Bristol.

PP: Speaking of bookstores, they’re under major pressure, of course, as you know, as digital retail develops. How do university presses help support the bookstore community and economy? FN: As I’ve mentioned, we work with local bookstores on setting up author events to draw in local communities. This works well when a bookstore is near a college or university that allows for a built-in audience. This year we invited a local bookstore to participate in a webinar about cultivating a community of readers for serious books. At the Brooklyn Book Festival, local university presses created a map of local bookstores and distributed it to attendees. These are just a few examples.

PB: As scholarship becomes more global, so does the community of university presses serving it.

Ten percent of AAUP’s membership comes from outside North America, and we anticipate more growth there in the future. I should note that these presses meet the same admissions standards we apply to our North American members.

One exciting consequence of this is that readers in all countries benefit from exposure to a broader range of scholarship and literature as members of the community publish each other’s’ works in translation.