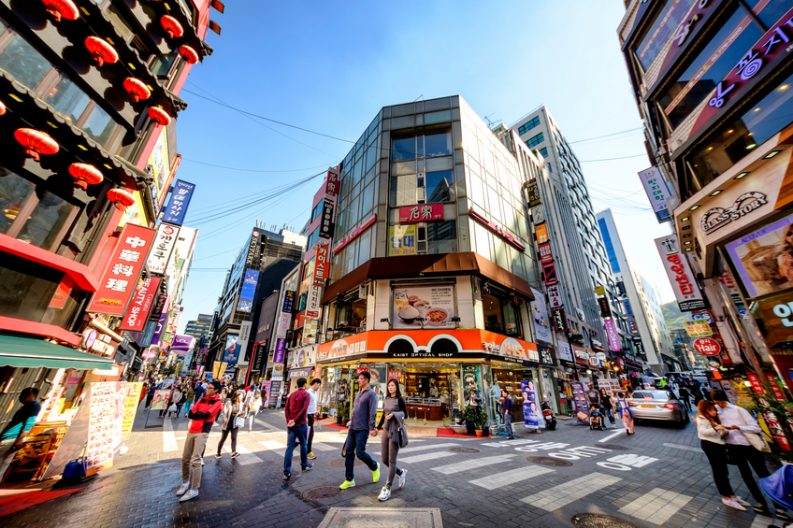 In South Korea, a number of ‘small concept’ bookstores have emerged, attracting attention and offering a fashionable alternative to larger retail stores. At the Korea Herald, Park Jin-hai writes, “As more people turn to electronic devices for reading instead of paper books, many neighborhood bookstores are vanishing.

“Despite this trend, small, independent bookstores with unique concepts, as opposed to major bookstore chains, are emerging as hot places to go.

“While figures show that local bookstore numbers fell more than 70 percent over the past two decades, small, concept bookstores, armed with genre books, books by independent publishers and with strong local communities, are increasing.”

This summer, For example, a former president of Cheil Worldwide advertising company, Choi In-a, opened a bookstore in Yeoksam, southern Seoul, one of Korea’s most “expensive districts.” Ro Hong-chul, a well-known comedian and TV personality has opened his own bookstore as well, selling books recommended by his “celebrity friends,” while chatting and serving drinks to his customers.

The paper reports that indie musician Yozoh and poet Yoo Hee-kynung have also “joined the ranks of small bookstore owners.”

Jeon Eun-suk, from the Maumsancheak publishing company, who had previously run a small bookstore himself, tells Park, “Many people working in the cultural industry, after paying attention to the coffee, wine and music industries, are now eyeing the bookstore business.

“When my friends and I meet, we suggest our own ideas of a themed bookstore. Searching online, we often find that those same concept bookstores already exist. I think the hottest cultural trend these days are those unique bookstores.”

And of course, in addition to celebrities, others have taken the plunge to open “genre bookstores” that specialize in everything from travel books, science books, and even thrillers. Others though, are selling the niche experience as much as the actual books.

In Itaewon, Dasi Bookstore, which translates to “bookstore again,” in the evening transforms into a bar, offering beer and books, while Booktique stages “book-night events” at which customers participate in all-night reads.

Poet Yoo Hee-Kyung, whose Wit N Cynical specializes in poetry titles, has expanded the definition of bookstore to include a café and even a record store, selling old vinyl LPs.

Some of these efforts seem to be working,at least in media attention. Park at the Herald writes, “Small concept bookstores have been thriving as opposed to the big bookstores here that have decreased to 1,559 from 1,625 in 2013. This year alone, some 100 small stores, including nearly 60 have opened in Seoul.”

Blogs and social media sites feature pictures of readers at these new “trendy stores.” And by using social network services, people from differing backgrounds are able to meet for the first time and talk about their favorite books and stores, helping to create small social communities.