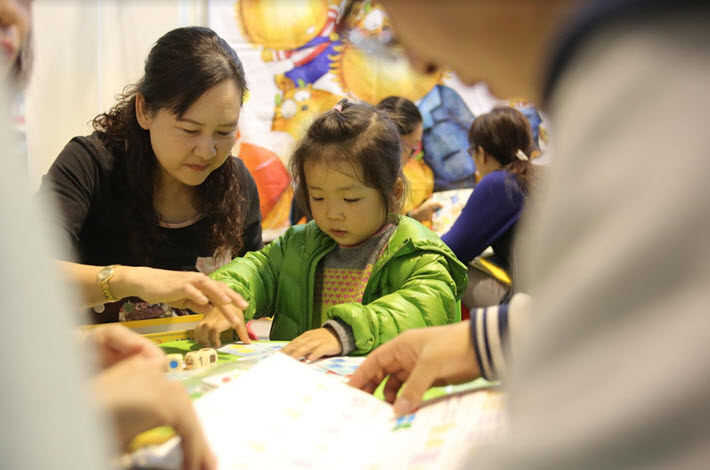 Opening Friday (November 18), the three-day Shanghai International Children’s Book Fair (CCBF) is in its fourth year, and its events include appearances by IBBY president Wally De Doncker, Lei Yang of Beijing-based book data company OpenBook, Walker Books’ EVP Julia Posen, and many others from around the world.

In a first for the show—which has more than 300 exhibitors, according to organizers—a “digital discovery zone” will focus on tech issues, and there’s a parallel presentation of Brazilian children’s literature included in the plans.

As mentioned in Publishing Perspectives’ coverage in May, CCBF includes a Golden Pinwheel Young Illustrators award. That program’s jury now has sorted 53 finalists from a wide international field of 338 candidates for the prize. Another round of judging comes on Thursday and winners are announced Friday. Finalists include illustrators from Iran, the US, the UK, Spain, South Africa, Iceland, Georgia, The Netherlands, Italy, and more.

Organizers say that more than 60,000 titles from many parts of the world will be on display, representing some 30 countries and regions.

In a prepared statement, Randy Wang, the book fair’s director, called the show “the largest and only fair of its type in the Asia Pacific region. With more than 90 percent of content for children’s books in China imported from overseas, international publishers can be assured of a high level of interest at the Fair.

“Shanghai’s stature as China’s cultural and commercial hub,” Wang says, “means that we are well-placed to capitalize on the double-digit growth of the children’s publishing market in China.”

CCBF focuses on content for young readers up to 16 years old, and features not only books but also magazines, audiovisual material, educational and recreational products comprising comics, cartoons, animation, music, film, and games.

Becoming one of the major companies so far offering this kind of aid to employees, Penguin Random House has partnered with the “loan pay-down provider” Gradifi, based in Boston, to offer student loan debt assistance to its US workers.

In a prepared statement, PRH CEO Markus Dohle is quoted saying, “We have always believed in doing our part to tackle broader societal challenges by starting within our own communities.

“With this new benefit for our employees, we have another opportunity to live up to our mission and help our employees invest in their futures while also making Penguin Random House a happy, productive, and rewarding place to work.”

The Gradifi program lets companies contribute to student loan debt repayment on a monthly basis. Starting in January, PRH will allow full-time regular employees to apply for the assistance, amounting to as much as $1,200 annually up to seven years, for a potential total of $9,000.

In its news release, PRH says that less than 5 percent of US companies offer this kind of assistance, while some 70 percent of recent college graduates may be grappling with student loan debt. The contributions envisioned in the program are estimated to be able to reduce a 10-year loan’s payments by some three years or more.