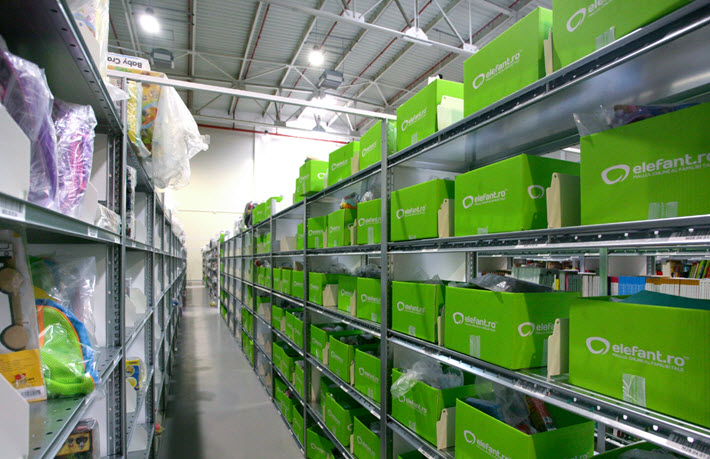 ‘A Much Better Price Point’ Than Competitors

Romania’s leading online retailer Elefant.ro has gradually dominated most of the country’s online book and ebook sales. The company’s leadership says it now hopes to become a dominant player in a number of regional markets.

The company is owned by the Bucharest-based investment fund Fribourg Capital, led by businessman Ion Sturza. “Elefant.ro is indeed looking to expand beyond Romania and Moldova,” Dan Sturza, a senior associate at Fribourg Capital in Bucharest, tells Publishing Perspectives. He confirms that the company is currently carrying out market research on its potential regional expansion.

“Bulgaria would most probably be the next target,” Sturza says. “We can’t comment on Hungary and Poland yet, or, for that matter, on any other specific countries.”

Sturza talks of Elefant.ro’s status as the leading player in online book sales in the Romanian language, and says that some of the retailer’s plans include strengthening its English-language book offer.

A part of the retailer’s site is dedicated to books in English.

“Our focus now is to become a destination for foreign books,” Sturza says. “In Moldova, we offer virtually the same catalogue of books as we do in Romania. We have a much better price point than the local competitors, and we’re looking [for ways] to capitalize on this.”

In an interview with the local news agency SeeNews, Fribourg owner Ion Sturza (Dan Sturza’s father) says that Elefant.ro plans a rapid expansion in Europe—within the next two years—by launching a direct-distribution model.

“Having hubs and warehouses is old news,” he tells SeeNews. “The provider must be able to deliver at least in cross-docking mode. Our idea is for them to deliver directly, so the merchandise doesn’t have to pass through our warehouse.” Ion Sturza names Bulgaria, Poland, and Hungary as foreign markets currently eyed by Elefant.ro.

His reference to “cross-docking” is to the process of unloading cargo from incoming trucks or rail cars, and loading it directly into outbound vehicles. The Romanian retailer marked its first foreign expansion in May when it established a presence in neighboring Moldova, Elefant.md. That move—to a less economically developed country than Romania—isn’t expected to boost the company’s sales, but it’s a step that Ion Sturza has said was important: He’s Moldovan and has had a career in the country’s politics.

In addition to his business activities, Ion Sturza served as Moldova’s economic minister in 1998 and 1999, and as the country’s prime minister in 1999. In 2015, Moldova’s president, Nicolae Timofti, chose Ion Sturza to form a new government, but the businessman didn’t find the backing he needed in parliament.

By contrast, establishing itself in Bulgaria, Poland, and Hungary could broaden the company’s customer base by a total of some 55 million potential consumers.

“Our focus now is to become a destination for foreign books…We have a much better price point than the local competitors, and we’re looking [for ways] to capitalize on this.”Dan Sturza

The plans were announced after the retailer secured a new round of capital investment. In July, the US-Romanian investment fund Axxess Capital became a minority shareholder in Elefant.ro through its round B investment of about €5.5 million (US$5.8 million). Under the plan, the funds will help the retailer boost its annual growth rate, which currently surpasses 50 percent. In addition to Fribourg and Axxess, shareholders in the Romanian company include Catalyst Romania and 3TS Capital Partners.

A key asset for the company is a warehouse opened in August 2014, said to be the largest book storage facility of its kind in the Romanian market. Reportedly, the facility accommodates more than 380,000 books in its 3,000 square-meter space (32,300 square feet).

Elefant.ro is reported to have more than 600,000 registered customers in the Romanian market.