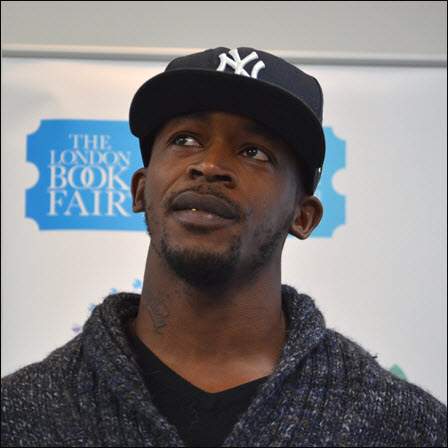 Amid ‘rhetoric of animosity and intolerance and the growing support for right-wing politicians,’ a new conference examines the publishing community’s accelerating drive for diversity. ‘A Place Where You Can Be Yourself’

In a speech that referenced the US election and the shift to the right happening across Europe, Hachette UK CEO Tim Hely Hutchinson has called for a kinder, more inclusive publishing industry—one in which everyone “regardless of our respective genders, sexuality, ethnic, religious, social or other backgrounds” feels at home.

The first Building Inclusivity in Publishing conference was held Tuesday (November 15) at South Bank’s 15Hatfields was organized by London Book Fair and the UK’s Publishers Association.

The day was chaired by journalists Arifa Akbar and Rosie Goldsmith.

In his welcome, Hely Hutchinson said, “We live in turbulent times: the result of the American election with the accompanying rhetoric of animosity and intolerance and the growing support for right-wing politicians in Europe reflects a general climate of fear, mistrust, and prejudice.

“At home, over-interpretation of the referendum result [to leave the European Union]–actually more by the right-wing press than, for example, the Home Secretary or Prime Minister–has fanned a climate of xenophobia. At a time when we have all been working harder than ever on diversity, it was shocking to see, for example, during the October Conservative conference, headlines such as ‘Companies That Employ Foreign Workers To Be Named and Shamed.’

“We must constantly widen our own horizons to reflect the communities we live in, finding and giving voice to brilliant authors and reaching out to the most talented staff wherever and whoever they are.”Tim Hely Hutchinson

“I see that the government has quietly dropped its plan for us publicly to list our foreign workers, but we would not have minded doing so, and our list would have been headed: ‘We Are Proud To Employ the Following Fabulous People.’”

But while acknowledging the strides that have been made by the industry to make publishing more inclusive, Hely Hutchinson said, “It’s nevertheless plain that the UK industry is largely falling short of the ideal in attracting and keeping an adequately socially and diverse workforce…

“We must constantly widen our own horizons to reflect the communities we live in, finding and giving voice to brilliant authors and reaching out to the most talented staff wherever and whoever they are.”

If we're only publishing books with one ideology (spec. children's) we're encouraging narcissism not empathy #inclusivityconf16

The how of doing that is tougher, of course. And the conference saw a variety of speakers who touched on the wider meaning of inclusivity.

There were glimpses of how libraries can make their environments less threatening for those with autism, for example. And there was a forthright address from Joey Hambidge of the LBGT campaign group Stonewall, who pointedly asked, “Does your company have gender-neutral restrooms? Does your company have a transitioning policy” for those changing gender? These are two questions that demonstrate how rapidly society is changing—or not.

Hachette used the conference to launch its raft of inclusivity initiatives under the banner “Changing the Story.” Those initiatives include a Diverse Leaders Future Mentoring Scheme which is expected to see rising stars from non-traditional publishing backgrounds paired with Hachette UK board members.

‘Or Are We Just Going To Talk About It?’ The issue of diversity on publishing boards is of particular concern to Crystal Mahey-Morgan, formerly a digital account manager at Penguin Random House and now founder of Own It! publishing. She asked a question to which Hachette’s announcement at least provided part of the answer. “Where are the schemes to ensure boardrooms are more diverse? Do we really want change or are we just going to talk about it?”

Mahey-Morgan said that she left mainstream publishing “to publish voices not being heard. We must all be invested in this, because it’s not just about books; it’s about empathy and humanity.”

She shared the keynote position on the program with the author and former gang member Robyn Travis and asked who in the room had bought his novel Mama Can’t Raise No Man. A single hand was raised. “Robyn’s novel is probably the only male, black British debut published this year.

And I’d like to thank Philip Jones [The Bookseller editor] who tweeted that we could all start making a difference by buying this novel.” Travis said that when he was growing up, “I didn’t see my voice in books. I didn’t see or hear people like myself.”

Those remarks were echoed by others throughout the day, emphasizing the need for publishers to publish titles that reflect the society around them.

This was later challenged from the floor, however, by Simon Albury, chair of the Campaign for Broadcasting Equality, who suggested that there are legal difficulties with such a scheme in the UK. “You cannot apply the Rooney Rule here. They tried it but there were objections.”

‘A Pool of Support’ Among the more interesting and successful initiatives discussed is run by Tamara Macfarlane and the team at Tales on Moon Lane Bookshop in Herne Hill, southeast London. “We run enterprise days at local state schools,” which have a high BAME ratio in this part of London. “We allow pupils to run their own bookshop so that they might think of books as a career. We do it as a Dragon’s Den-style event,” echoing the TV show in which contestants compete to have their business proposals backed. “We let them do their own marketing, pick their own stock.

As a result, Macfarlane said, the Harris Academy, a school in East Dulwich, now has a permanent student bookshop.

“Outreach is something I feel passionate about,” she said. “Having taught in both the private and state sectors, I know there’s no difference in innate ability between the pupils—it’s that one group have access to so much more through parental contacts. Some of our results have been amazing, with pupils designing websites, contacting publishers themselves. I’d like to see publishers create a pool of support for Year 10 students at high schools.”

‘”Liberal” Should Never be a Term of Abuse’

Hely Hutchinson had concluded his remarks, saying, “The liberal principles for which publishing stands should never change. ‘Liberal,’ meaning ‘tolerant,’ should never be a term of abuse. The words ‘elite’ and ‘expert,’ meaning excellent and educated, should never be disrespectful. More than ever we should stand up for such qualities.

“But where we can innovate is by reaching out to a wider demographic to welcome the broadest range of colleagues and authors into our great, civilized industry, making them feel valued within it so that they can bring us and our readers new exposure to different cultures and fresh ideas.”

That rallying cry was warmly applauded. Change may be in the air, with literary agencies such as Blake Friedman and publishers such as HarperCollins introducing schemes to boost diversity. Yet there’s a need for more, according to Raymond Antrobus of the spoken word collective Chill Pill.

“When I go to festivals like Glastonbury and Latitude,” Antrobus said, “coming from my part of London, which is Hackney, you have to ask where are all the black writers and poets, the people from diverse backgrounds that I see in my part of London?

“You have to ask where they are.”