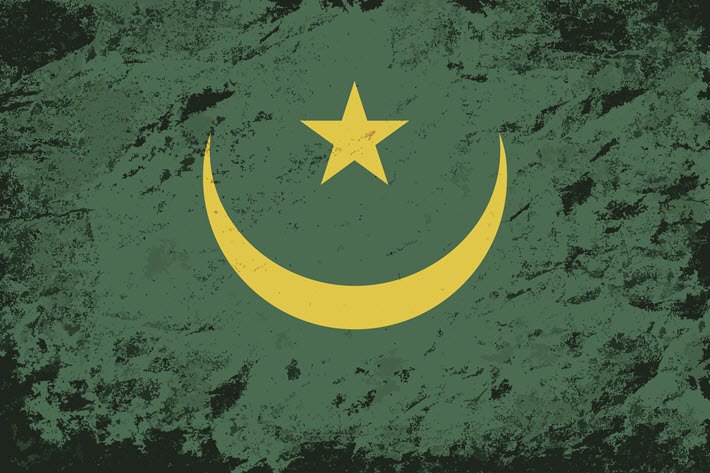 ‘We implore the Mauritanian government not to undo the admirable progress it has made,’ says the International Publishers Association president Richard Charkin. Charkin: ‘We Cannot Overstate the Urgency’

The International Publishers Association (IPA) is among organizations calling for mercy for the Mauritanian blogger Mohamed Ould Cheikh Ould Mkhaitir. Clerics in the west African nation have called for Mkhaitir’s execution for alleged apostasy (the abandonment of one’s faith), in reference to a blog post Mkhaitir published online in December 2013.

Several media outlets have given attention to the case, one of the latest entries coming from Elsa Buchanan in the International Business Times.

Buchanan writes, “In a case that has shaken the nation, the young Mauritanian blogger and engineer was sentenced to death for apostasy in December 2014 over the publication a year earlier of an article entitled “Religion, Religiosity and Craftsmen” on the Aqlam Horra news Web site. Islamic organizations in mainly Muslim Mauritania said that the article constituted an ‘insult’ to Islam and the Prophet Mohammad.” The Mauritanian Union for Publishing and Distribution became a provisional member of the IPA in October. Selami Ahmed El Meki, president of that delegation, is quoted in the IPA’s statement, saying, “We want nothing but peace and safety for Mauritania and for our country to move forward without undue harm to any individual.

“Our association represents its publishers and not its government; we fully believe in the individual’s right to freedom of expression and freedom to publish. We also believe in the importance of respecting other people’s opinions as part of our core values, which are focused on further developing our publishing industry and promoting freedom to publish for publishers and Mauritania as a whole in the hope that we can one day be counted among the developed countries.’

IPA president Richard Charkin is quoted in the statement, saying, “We cannot overstate the urgency of Mr Mkhaitir’s case. Mauritania’s government is under immense pressure from the Forum of Imams and Ulemas, who are bent on making an example of him by putting him to death.

“We implore the Mauritanian government not to undo the admirable progress it has made by not carrying out a single execution for almost 30 years. It would be a dreadful, irreparable mistake to resume capital punishment now, especially over a clearly contrite man who has done nothing more than express ideas in writing.”

The IPA’s commentary draws on a brief put together by the US-based organization Freedom Now. That briefing reads, in part:

“In late December 2013, Mkhaitir published a blog post which provided a social critique and commentary on the nexus between religion, racism, and discrimination. Prior to his arrest, Mkhaitir worked as an engineer for a mining company in northern Mauritania. He had not been a prominent critic of the government and the blog post appears to be his first published article.

On January 2, 2014, Mkhaitir was arrested and charged with apostasy under Article 306 of the Penal Code. After close to a full year in prison, Mkhaitir’s trial was finally held on December 23, 2014. The trial lasted two days and, Mkhaitir apologized and explained that he never meant to insult the prophet. On December 24, 2014, Mkhaitir was sentenced to death by firing squad.”

Reuters’ writeup from Kissima Diagana and Tim Cocks reports that on Sunday (November 13), Muslim clerics of the Forum of Imams and Ulemas issued the decree, or fatwa, writing, “We demand that the competent authorities apply the law: kill him and bury him in conformity with the law of God.”

Conor Gaffey, writing for Newsweek on Monday (November 14) notes that Mauritania “has not applied a death sentence since 1987.”

In preparing its article, the IPA had a briefing on the case from its executive committee member Bodour Al Qasimi, the Kalimat Group’s founding publisher from the United Arab Emirates.

Bodour’s briefing for the IPA Freedom to Publish Committee sheds light on the nature of the alleged infraction in what appears to have been Mkhaitir’s first writing. She writes, “In 2013, Mkhaitir published an article on a local news Web site criticizing the marginalization of Mauritanian artisans and the use of religion to perpetuate their disenfranchisement. Mr. Mkhaitir likened the treatment of certain groups in Mauritania to the alleged marginalization of minorities during the time of Prophet Mohammad.”

His sentencing to death, she writes, was made by a lower court under Article 306 of the Mauritanean Criminal Code, “which sentences,” she writes, “‘any Muslim man or woman who abandons Islam openly or through acts or statements” to death unless s/he ‘repents within three days.'”

While the country’s court of appeals upheld the sentence in April, the Supreme Court now the case has for further review and has yet to respond.

Of particular concern since Sunday’s call by the clerics for Mkhatir’s death, Bodour writes, is the fact that vocal support for Mkhatir in-country is waning. She writes to the IPA committee:

“Prominent local voices supporting Mkhaitir have largely been silenced. Radical groups have labeled Aminetou Mint El-Moctar, a prominent women’s rights activist who called on the government to release the blogger, an infidel. Mkhaitir’s own father has also denounced the actions of his son for fear of reprisals against him and the rest of his family.”

IPA’s stance is echoed by other international organizations including the United Nations, the European Union, Amnesty International, Reporters Without Borders, and PEN International.

There is more information on this developing case in a report from the International Humanist and Ethical Union (IHEU), as recommended by the IPA.

Also of interest, see Richard Charkin’s commentary on why publishers in countries with “inglorious track records on the freedom to publish” deserve the IPA’s support, from our Frankfurt Book Fair Show Dailies.