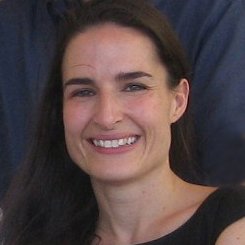 ‘The Internet is a meeting point that didn’t exist years ago,’ says the co-founder of Madrid’s Hispabooks, helping to create ‘a growing culture of publishing in translation.’

‘A Big Wonder for Me’

Ana Pérez Galván is the Madrid-based managing director of Spain’s Hispabooks, which she founded with editorial director Gregorio Doval in October 2011 with the goal of bringing Spanish literature in translation to an international audience.

On International Translation Day, Bookanista’s Mika Provata-Carlone published an interview with Pérez Galván in which she talks about the industry, Spanish literature, and the strengths and weakness of publishing translations.

Mika Provata-Carlone: How did you decide to become a publisher? What is your vision for Hispabooks? And did someone inspire you along the way? Ana Pérez Galván: Ever since I began reading books on my own I was fascinated by the book as an object. It was a big wonder for me how a story could actually take the printed form and how the book itself was made.

My initial curiosity was further boosted when a close cousin somewhat older than me began working as an editor. She told me about what she did and I was definitely enraptured by the magic of it all.

With time, after years of working in publishing for different presses, my interest gradually shifted more and more to the core of publishing, and what ultimately makes sense out of it all, the works themselves, their nature, their content, the ideas and images conveyed in them, literature, all in all.

MPC: What’s the future of independent publishing, especially for literature in translation?

APG: It’s difficult to say, but I’d like to be optimistic about it. Independent publishing has always been a great challenge, a world of philanthropists working mostly as a labor of love. This is still very much so, but the technological tools publishers have nowadays are amazing and enable them to be ever more autonomous. Something especially true and useful when it comes down to literature in translation.

The Internet is a meeting point that didn’t exist years ago, and which helps to bridge frontiers and barriers that formerly were a big obstacle to building a truly global community of readers, enjoying cultural and creative exchange. Publishers nowadays have ready access to nearly everything that’s being published everywhere, in real time, and they are gradually engaging more with literature from other countries. I feel this is a very promising scenario that will contribute to a growing culture of publishing in translation.

Language is at the core of what we do. What inspires us most when engaging with a book is the writing itself; the way each writer uses it as a tool to produce an image that conveys an idea, a feeling, an approach to life.

MPC: What authors do you dream of adding to your list? Who are your favorite (non-Hispabooks) authors?

APG: We admire the work of the great Spanish contemporary writers that have already been translated by top UK and US publishers, like Enrique Vila-Matas or Antonio Muñoz Molina, but there are also new voices from younger authors on which we’re really keen.

The Boy Who Stole Attila’s Horse by Ivan Repila is a beautiful book we tried to buy but was eventually sold to Pushkin Press; The Sky Over Lima by Juan Gómez Bárcena is a great novel too that was sold to Houghton Mifflin and Oneworld, and we’d also have loved to have it in our list.

The full interview is at Bookanista.