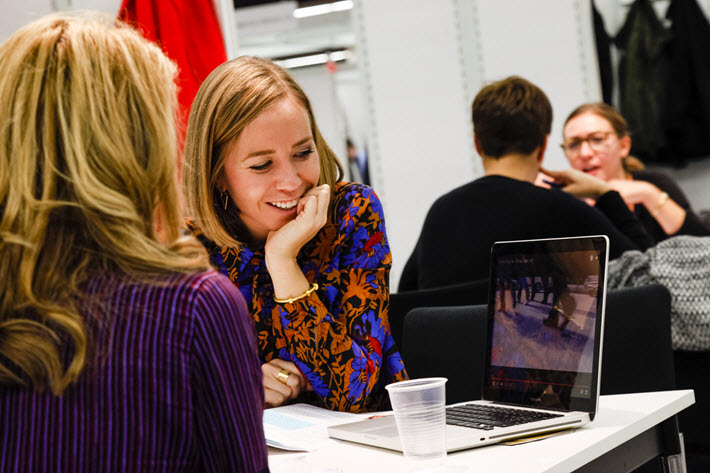 Making allies of your sales team and “star translators” who can influence publishers on rights buys: Two tips that came out of this year’s international gathering at Frankfurt. When ‘An Old Title Is New’

While the global rights business is undergoing challenging times, Frankfurt Book Fair’s Bärbel Becker pointed out at this year’s 30th annual Frankfurt Rights Meeting that opportunities are out there. US-based rights consultant Kris Kliemann encouraged attendees—mostly rights directors and agents, of course—to dig deeper into their publishing house’s backlists in search of properties to sell. Just because a title didn’t sell well when it was on your frontlist doesn’t mean it can’t sell in the future, she told the audience. In fact, armed with reviews and sales figures, a backlist title can sometimes be easier to sell.

“To a new reader or publisher, an old title is new,’ she reminded the assembly.

To help build ammunition to sell backlist rights, she encouraged rights managers to align themselves with their sales teams. “They know stuff that can help you,” she said.

Kliemann also spoke of the usefulness of going through the dreaded email inbox, as well: “There are deals in there you never get to.”

It helps to be systematic when mining the backlist for rights gold, she noted.

Reaching for Translation in the States Selling rights to a US publisher can seem like the Holy Grail for rights managers. Yale University Press’ John Donatich spoke of opportunities to sell translation rights in the States.

Notoriously, he said, translations account for just 3 percent of all titles published in both the US and UK markets (and even less for literature). But at Yale, that figure was closer to 10 percent, Donatich said, thanks to a supportive editorial board which has a significant interest in translation.

Donatich said there are several obstacles to growing the number of translations published in the US. In addition to the cost of translation itself (rates can range from 12 to 20 cents per word), he said there’s no established market for literary translations per se, and so publishers have to publish ‘“book by book, author by author” to find an audience.

He also said that a shortage of good translators could hold back translations from less popular markets. It’s no surprise that French, Spanish, and German translations are most frequently published in the US, he told the meeting.

Donatich’s advice was to stay away from trying to sell titles that duplicate what a US publisher already has on its list and to invest in good sample translations.

He encouraged rights managers to identify “star translators” of their languages who are already working with American publishers, as they can influence the titles a Stateside publisher might choose to publish. Another suggestion came from Anne-Solange Noble of Gallimard, whose advice was to approach American publishers last—once you have rights sales in other territories.

In a packed afternoon, attendees also heard presentations on using prizes to promote the sales of translation rights, case studies from Hungary and the UK, and a presentation on global licensing from the Copyright Clearance Center’s Michael Healy.