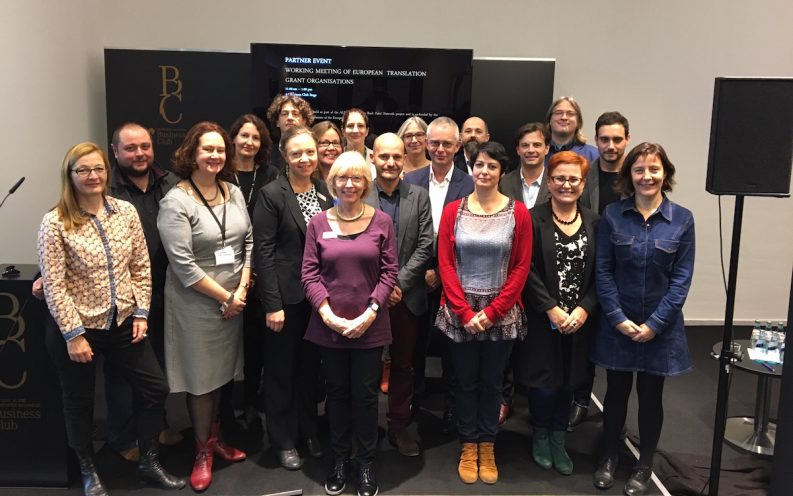 This year’s Frankfurt Book Fair saw the launch of ENLIT, the European Network for Literary Translation, to develop and promote international literature and translation funding programs. Each year, Frankfurt Book Fair hosts the annual meeting for members of the European network for the promotion of translation. This year, that meeting also marked the launch of ENLIT, the European Network for Literary Translation.

This new collaboration of cultural organizations aims to promote literature and translation to a global network of publishers, authors, translators and other cultural professionals.

According to press materials, “The network will support the continued development of grant programs, in order to generate greater interest and visibility for literature, both in the countries of origin and at an international level. In so doing, it wants to provide easier access to the many different literary voices from within and beyond Europe’s borders.”

Bärbel Becker, Director of International Projects at the Frankfurt Book Fair, who chaired the meeting together with Koen van Bockstal, Director of the Flemish Literature Fund, is quoted saying, “We’re joining forces because we can achieve our goals more effectively together.

“The institutions that join the network agree to share information, set up collaborative projects, invest in research, conduct surveys and process their data, and to show a commitment to producing and distributing literary translations. These are all essential conditions for the dynamic promotion of literature.”

ENLIT brings together 22 organizations from 19 countries and regions. While each organization is focused on promoting literature and authors from its own region, the collective momentum behind ENLIT is meant to build awareness of international literature on a larger scale.

These first 13 countries and regions had previously worked together before officially founding ENLIT:

In addition, these six countries and regions as well as Traduki, a network for translations from, to, and within South Eastern Europe, are also founding members of ENLIT:

All the organizations listed here provide information about authors, literature, and translation funding.