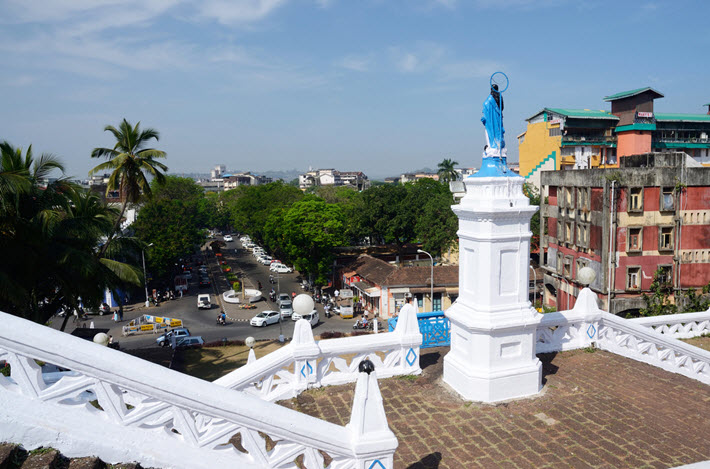 Fighting time and a climate in which old documents deteriorate, a publishing house in Goa contributes to the preservation of texts said to date back to ‘the earliest in Asia.’ In Panaji, capital of the Indian state of Goa. Image – iStockphoto: Kaetana

Writing for The Hindu, Aditya Sudarshan looks at CinnamonTeal, a publishing house in the city of Margao in the Indian state of Goa. CinnamonTeal is described by Sudarsha as being “determined to reclaim the forgotten texts of Goa’s storied past.”

History and geography, he writes, make Goa “a repository of many rare texts (dating back to the very earliest in Asia), through which the encounters between Europe and Asia, Catholic and Hindu, and between languages, as well as local village histories, might be traced and better understood.”

Until recently, these manuscripts and papers have been hidden away in “seminaries, government libraries, and private collections,” writes Sudarsha. Their condition was imperiled by the humid heat of the climate and erratic power services in the region.

When Ananya Chakravarti was awarded a 2013 grant by the British Library, the historian, who’d been working at the American University in Cairo, had a chance to organize and protect the area’s documents. Her funding called on her, writes Sudarsha, “to create a digital archive of early Indian Christian texts (as part of the library’s Endangered Archives programme)”

Sudarshan writes at The Hindu:

“The two-year project culminated in the digitisation of hundreds of texts sourced from the Goa State Central Library, the Xavier Centre of Historical Research, the Pilar seminary and others, including private and family collections. These are now available online. Moreover, the digitization equipment procured for the project remains in Goa; it was always Chakravarti’s hope that others might continue to open up Goa’s many histories.”

Among those making their own contributions are Leonard Fernandes and his wife Queenie, the founders of CinnamonTeal.

According to Sudarshan, CinnamonTeal had already made a name for itself for its digitization and archiving services, having already published: In addition to rescuing and publishing historic texts, CinnamonTeal is producing a series of books on Goan history. The first of them is Massacre in Margao, a graphic novel that tells how a protest for fair elections in 1890 was forcefully quelled by the Portuguese.

Governmental backing in historical preservation in Goa is cited in The Hindu report as a challenge. “The authorities, while not averse to a digital transformation of the archives,” writes Sudarshan, “lack funds, imagination, institutional partners, and probably linguistic expertise as well.” He writes that some 27 languages are represented in the Goa State Central Library.

But Sudarshan also writes of a hopeful element to the efforts in Goa to reclaim historical artifacts:

“While a great deal of contemporary Goan discourse revolves, unfortunately, around loss—of environment, of culture, and of space—Goans have every chance of regaining their history, thanks to the efforts of individuals like Chakravarti, Fernandes, and others, and the technological opportunities of digitization and the Internet.”

The full story by Sudarshan at The Hindu is here.