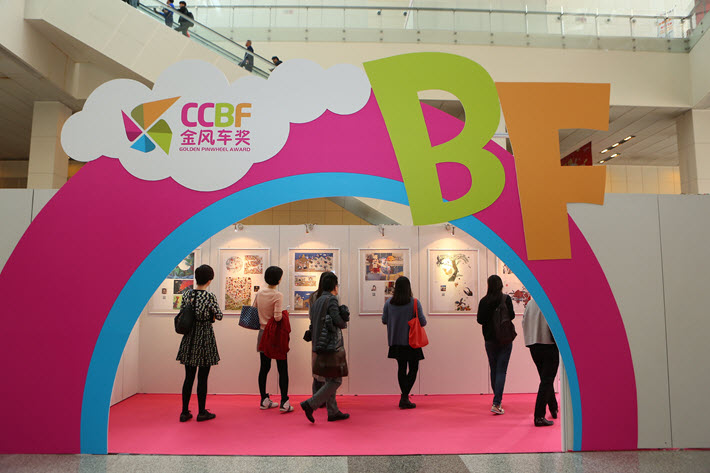 Results are in from two competitions that are part of the programming of the Shanghai International Children’s Book Fair, just concluding Sunday (November 20).

One competition is an awards program for young illustrators, the Golden Pinwheel.

The other is the Chen Bochui Awards given to authors of children’s picture books. Chen Bochui was an influential writer and translator who rendered The Wizard of Oz, Don Quixote and other books in Chinese translations. At his death in 1997, Chen left his savings for the creation of the award that bears his name.

Both prizes are open to international candidates. The children’s picture books prize was opened to world entries in 2014.  , and the results this year reflect that. Chosen from a field of 191 entries, winners of the Chen Bochui Awards for best international picture books are:

In addition to those winners, Spain’s Maria Jesus Gil was honored for making a special contribution to children’s literature.

This prize is given to one international and one Chinese illustrator, and began with more than 1,200 works by illustrators between the ages of 18 and 39, submitted in two categories: picture books and manga, graphic novels and comics.

Coming in with a 50-candidate shortlist, the competition has been won by:

Nakhael will be flown to next year’s Shanghai International Children’s Book Fair and will be showcasing a selection of her work there.

“This dynamic and creative field has gone through significant changes in the last few decades and now offers new and highly stimulating ways of triggering a child’s imagination.  Illustration is deeply rooted in Asia’s graphic culture and is an increasingly popular career choice.”

The fair’s organizers tell the media that top-selling English titles this season in China include: