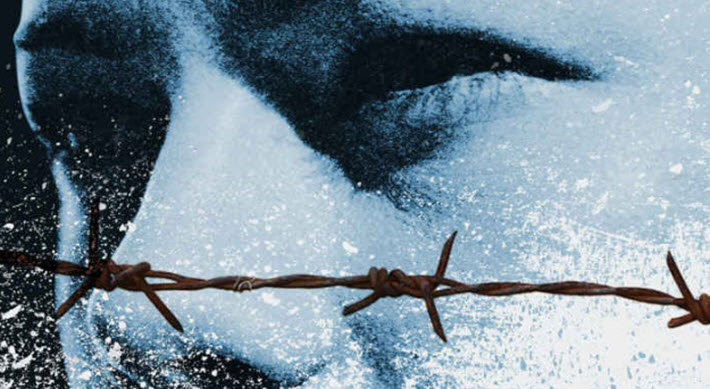 As AmazonCrossing arrives at Frankfurt Book Fair this week, Finland’s Katja Kettu’s ‘The Midwife’ has just been released, one of its biggest books of the year. ‘To Give Life and To Take Life Away’ Not for nothing is The Midwife author Katja Kettu studying people born of Finnish and Native American descent in the Great Lakes regions, “Findians.”

“I’m especially interested in micro-histories,” says Kettu. “And in Lapland, in the Second World War, we had this occupation by some 200,000 Germans, more than the population of Lapland at the time.

“They weren’t on the frontlines. They were located in villages, in towns. Including in my hometown, Rovaniemi,” the capital of the northern Finnish region called Lapland. If you’ve ever heard of Rovaniemi, it might be because it’s sometimes termed the “official” home of Santa Claus—not because it was almost obliterated in World War II.

The Midwife (Kätilö, 2011, Werner Söderström Ltd.) has just been published in its English translation by David Hackston this week by AmazonCrossing, the translation imprint of Amazon Publishing. This year, AmazonCrossing will publish 65 titles from 22 countries in 16 languages.

At Frankfurt this week, there’s a discussion at 10 a.m. Thursday (October 20) with authors E.M. Powell and Steena Holmes about their experiences in being translated (Hall 3.0, K 31). And at 2 p.m. on the same day, Abidah El Khalieqy, author of Nirzona, translated by Annie Tucker, will be in conversation in the Agora’s Indonesian Tent at Buchmesse.

In Lapland, “the midwives knew old herbs, old spells, and people believed they had a third eye—they could dream about the future.”Katja Kettu

On Friday at 2 p.m., Publishing Perspectives welcomes Dominic Myers, director of Amazon Publishing for Europe, as Special Guest at Frankfurt’s Business Club (Hall 4.0). And later that afternoon, at 4:30 p.m. (Hall 5.0, C88), AmazonCrossing will toast two Dutch acquisitions on the Lowlands Stage of the Flanders & Netherlands Guest of Honor pavilion.

Seeded by a $10 million allocation at the time, the submissions site has continued to function as a busy kasbah for AmazonCrossing, new manuscripts, translators, authors, and languages converging on this still-young (six years) element of Amazon’s operation.

Such a busy forum for border-busting traffic might have  meant something to Laplanders in the 1940s, as well.

“This was the first time that many people in Lapland had seen foreigners,” Kettu tells Publishing Perspectives. And local women who had had relations of any kind with outsiders during wartime, “were accused very harshly,” Kettu says. “They were accused of being spies, of having ‘connections.'” Today, Kettu says, “It’s kind of taboo to talk about that time.” The what did  you do in the war? question is painful, difficult, rarely asked, even more rarely answered.

“I wanted to write about these women and what happened there. My grandmother was very young and was on the frontlines. I was able to read her letters through my mother and sister. She was very brave and positive at that time. She would write, ‘My heart is flying like a sparrow’ because she wanted to believe that there would be better times. And so I wanted her to be immortalized in the book.”

And while Laplanders had never seen the likes of these warmongering foreigners, those foreigners never met up with a Laplander midwife, either. What Kettu describes in our conversation is something akin to a tribal shaman: the midwife was often a solitary figure, traveling great distances to help those who needed her, wise in natural remedies—and potions.

“In Lapland, midwives have been very important persons,” Kettu says before being honored this month at New York’s Scandinavia House. “Midwives were independent women,” she says. “It’s a huge area, a small population, winters are very hard. The midwives knew old herbs, old spells, and people believed they had a third eye—they could dream about the future.”

Her lead character, the midwife of her title, is a young midwife, both charismatic and frightening to many. “They were able to give life and to take away life.”

What Kettu has created from this tradition of the Laplander midwife is a formidable character study of such a mysterious person—with whom the reader quickly becomes intimate. She falls hard for a dashing German officer with a desperately challenged past, Johannes. The midwife, called Weird-Eye, is as obsessed as if she’d knocked back a love tincture of her own making.

And in the hard, wild setting of the remote fjords, a raging love story unfolds with Kettu’s special attention to the astonishingly punishing physical conditions in the Nordic wartime mists.

Another Midwife Heard From Gabriella Page-Fort is the senior editor with AmazonCrossing who handled British translator Hackston’s grittily articulate evocation of Kettu’s challenging novel. She quickly agrees in conversation with Publishing Perspectives that she, too, “totally thought of Gorky with the naturalist thing because the book is so earthy.

“The same things that are dirty about the book are dirty in the same way that the Earth is dirty,” says Page-Fort. “And it’s wild to think about the Russians and Germans in Finland and with Finnish nationals as prisoners of war. I had to break that apart in order to understand it. And we worked with the author and the translator to put together a timeline that made sense.”

The book’s story is set primarily at prisoner camp Zweiglager 322 at Titovka and in Dead Man’s Fjord, a place that cannot easily be pinpointed on a map because compasses give false readings, according to Kettu, tricked by the Arctic’s magnetics into locating it “at least 12 degrees to the east.”

Page-Fort and her team precede the narrative in this new English translation with a detailed timeline, June 1944 to May 1945. It’s revealed that in the decades following, some 800,000 explosives, 70,000 mines, and 400,000 incendiary devices were removed from Lapland with deaths from remaining devices recorded as recently as the 1970s.

And where is Amazon Studios when you need them? A German film based on the novel is available, but not in a format that’s workable in the United States. “It’s stunning, even though the DVD is so far only available in the PAL [European] format” says Page-Fort.

“I feel that much of the brutality of the book is filtered out in the film—which is pretty common. I think it misses some of the gut of the book, that connection between the human and Earth.” ‘We Start With the Reader’

What Kettu specializes in as an author, Page-Fort says, is “connections at the margins of history,” and connections at the edges of a novel can demand elements of diplomacy from an editor in her position. A fan of writer-translator Esther Allen, Page-Fort talks about her work as an editor as being like that of a producer.

“More than a mediator,” Page-Fort says, “we’re not just here to solve small problems. We’re here to coordinate the team; to understand the opportunities that the book has in a new language; to understand the author’s intentions and the vision of the book.

“And we carry that through from the contract—where we’re dealing with the original agent or the publisher—through the translation, where we’ve brought in the translator and handled the editing process.

“Then we carry on through the publication process, which of course includes packaging, marketing, publicity. And then far beyond, as we continue to support the book long into its life.”

Another of AmazonCrossing’s biggest books this year is Rage by Poland’s No. 1 bestseller Zygmunt Miłoszewski. And through the submissions site, Page-Fort says, “we’ve discovered and acquired one of Greece’s bestselling contemporary writers, Lena Manta, and will publish her standout hit The House by the River in 2017.

“We were also pleased to acquire Elijah’s Chair by Igor Štiks, which received the Gjalski Award for Best Fiction Book of the Year in Croatia and Kiklop Prize for the best literary work of the year in 2006.”

“The communications we have with translators are bringing in some of our most important new material.”Gabriella Page-Fort

Another new author recently acquired is Marc Levy of France: AmazonCrossing will have two romantic comedies from the hugely popular author in 2017.

In such complex work, “The editor’s job isn’t tactical like an umpire,” Page-Fort says. There’s a lot more about including everyone who has a stake in the publication and helping everyone understand what we’re working for. And in Amazon tradition, we start with the reader: what does the reader need? And we work back from that.”

Below, we’ll drop in the trailer to the film based on The Midwife—Kettu wrote the screenplay and tells us that she deliberately emphasized the love story in the book.

“If we do everything right, it becomes very easy for the book to soar—and it becomes easy for me as an editor to point to that success.”

There’s an excerpt from The Midwife posted by Asympotote this week at The Guardian.

For more on Frankfurt Book Fair, be sure to download our Fall Magazine with its Buchmesse preview.