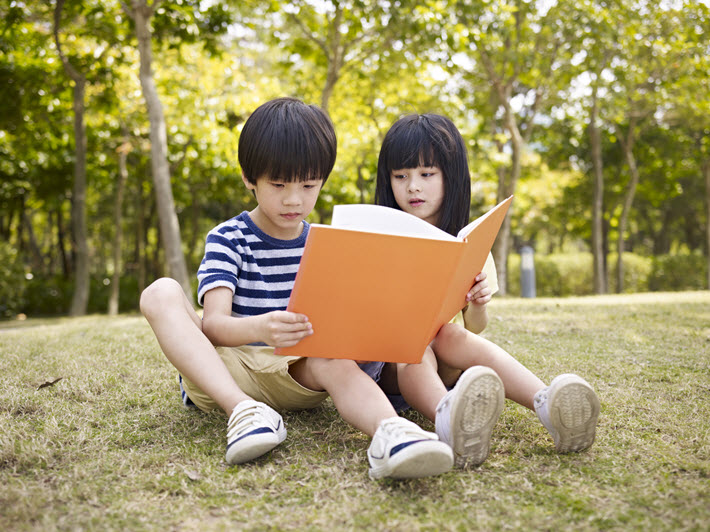 Perceived cultural resistance and inadequate marketing to international audiences can mean that children’s picture books lag in translation on the world stage. Do Consumers Balk at ‘Foreign’ Books?

Writer, translator and teacher Avery Udagawa is currently international translation coordinator for the Society of Children’s Book Writers and Illustrators. She recently spoke with writer and editor Marcia Lynx Qualey for WorldKidLit about book ecosystems, translation, and publishing. Marcia Lynx Qualey:  You write, “I have seen Japanese writing scrubbed from storybook illustrations to be sold Stateside.” Why do you think this is?

Avery Udagawa: Scrubbing happens when publishers fear large groups of consumers balking at “foreign” elements in books. When I looked into this issue about 10 years ago, one phrase I heard was “moms in Texas”—though I’m sure many Texans would enjoy Bengali script in illustrations.

Picture book buyers for large chains, I was told, seek titles that won’t turn off these imagined blocs of conservative shoppers. Publishers need the chains’ business, so this can affect what they publish and how they handle visuals, as well as elements like foreign names.

MLQ: Japanese is perhaps the only non-Western-European language and children’s book tradition to enjoy some stature within the English-language book world in the form of reviews, prizes, a steady number of translations. Why is that? There is, I think, government support? I’ve seen Japanese children’s literature translated into Arabic. AU: In Japan’s case, it’s not government support, at least for children’s. The country has an established children’s book industry, which publishes nearly 5,000 new titles per year…though publishing has been in recession for some time.

In addition, the Japanese Board on Books for Young People (JBBY, affiliated with IBBY) compiles dossiers to nominate authors and illustrators for the Hans Christian Andersen Award, conferred biennially on one writer and one illustrator. The writing award is sometimes dubbed the Nobel Prize for children’s literature. Japanese novelist Nahoko Uehashi won this award in 2014. Cao Wenxuan succeeded her in 2016, becoming the first Andersen laureate from China.

While Japan may seem prominent within the sliver of English-language children’s books that are translations, the sliver is tiny (two to four percent of books published annually).

Of the thousands of children’s books published in Japan each year, maybe a handful get acquired for publication in English. Of these, a number fall out of print.

Case in point: two years after Uehashi won the Andersen, her book Moribito: Guardian of the Spirit is out of print except in ebook. This title also won a Batchelder Award.

And while Japan is patchily represented, as you say, many non-Western cultures and languages aren’t represented at all. In southeast Asia where I live, many people can’t afford to buy books. Publishers have much to handle just making books and nurturing children’s literature traditions—let alone marketing foreign rights.