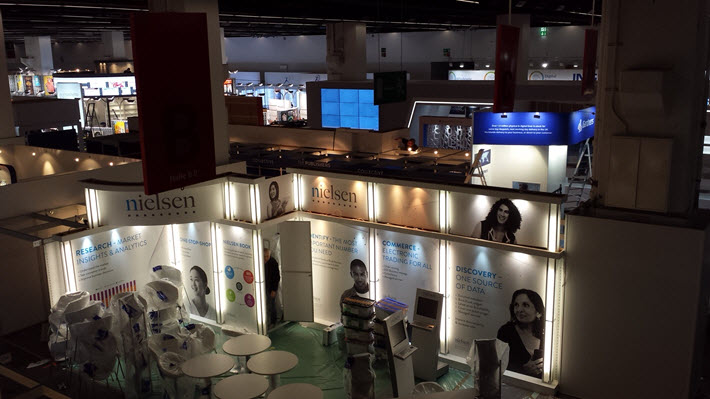 A testament to the global reach of publishing, The Markets at Frankfurt Book Fair arrives today with diversity both of opportunity and challenge. What a difference a few months can make.

In planning today’s (October 18) The Markets: Global Publishing Summit at Frankfurt Book Fair—co-produced by Buchmesse and Publishing Perspectives—we couldn’t foresee the outcome of the United Kingdom’s late-June referendum on Brexit, nor might we have guessed at some of the uncertainty now gathering around stances of The Philippines’ government under President Rodrigo Duterte.

Meanwhile, Spanish publishing experts tell us their industry is leaner but turning the corner after a hard, punishing financial downturn—as Brazilian colleagues struggle to find stability in a market rocked by dwindling governmental funding for the educational market amid ongoing economic decline.

The United Arab Emirates has become one of the world’s region-leading seats of international publishing and is reaching out to Brazilian associates in new trade-delegation efforts with São Paulo.

And while the UAE works to develop its Sharjah Publishing City trade zone for the business, Poland searches for answers for its deeply softened market, and Flanders and The Netherlands make their bid for world attention to “what we share” from the Dutch-speaking world in their ambitious Guest of Honor program this year at Frankfurt.

A daylong sequence of commentary by analysts, visionaries, and business players from each of the sevcn regions of The Markets, a unique merger of networking opportunities and the conference setting.

These are the seven pivotal publishing regions represented at The Markets today: Brazil, Flanders and The Netherlands, Poland, The Philippines, Spain, the United Kingdom, and the United Arab Emirates.

Conference attendees will be working through a daylong sequence of commentary from analysts, visionaries, and business players from each of the seven, in The Markets’ unique merger of networking opportunities with the conference setting. The program for the day is here, and the events hashtag is #TheMarkets2016, should you want to follow the activities on Twitter. (Frankfurt Buchmesse’s hashtag is #FBM16.)

The program is to have its keynote this morning from Mark Allin, CEO of John Wiley & Sons. Allin’s three-decade career has taken him from teaching in Zimbabwe to executive experience with Wiley Asia.

And what follows on our analysis and visionary stages, as well as in our interaction with market players, is a thorough survey of smart observation and practiced expertise, a journey through seven lands’ potentials and pitfalls for those engaged (or wanting to be) in the international trade publishing industry.

We offer here a quick look at select short quotes from some of our speakers. Their full interviews can be found through this link, should you like to see the input Publishing Perspectives has enjoyed bringing you from some 25 speakers.

“The key concern facing Brazilian publishers and booksellers is the erosion of retail prices and margins in the context of high accumulated inflation, a severe recession, and the devaluation of our currency. Sales are down almost 20 percent compared to 2015.” “It’s also very important to calm down international markets by reassuring them of how serious the Brazilian publishing market and our business people are. The turbulent situation in the economy and in politics in Brazil ends up bringing uncertainty to international business leaders. We don’t want that to shadow the image of seriousness and commitment that our business people of the editorial markets have abroad.”

Flanders and The Netherlands “There’s great resilience in the Dutch industry in overcoming challenges including the financial crisis, changes in customer behavior, and the progressive impact of the Internet. Our trade volume decreased by some 30 percent from 2008 to 2014, but the industry has proven agile enough to overcome these challenges, pursuing the highest standards through well-written literature.” “Content over-saturation is nothing unique to publishing. Our everyday lives are now full of access to whatever media we want…But how many of us truly veer away from our safe zones and what we already know we want? Yes, the access is affordable so cash isn’t the barrier, but arguably isn’t the chore that access removes—i.e. going to a shop or going online and “buying”—simply replaced by a new chore: choosing?…Ultimately a reliable, trusted, sometimes surprising and curated selection of titles seems to be The Netherlands’ most successful model.” “With a population of 38 million and 5 million students, Poland should be an important country for the European book market.  The answer to the question of when it could become one depends on the key players in the book industry, and on political decisions…Some 78 percent of the Polish population has never bought a single book. This is one of the legacies of the feudal-peasant model of society that existed until 1945.” “We don’t have any official regulations to help market players keep the retail price of a book on the same level, more or less. That causes big price wars, and distribution channels don’t get enough profits when forced to cut their margins by offering 25 percent to 30-percent extra discounts from retail prices.” “There have been tremendous improvements in the quality of the books and the writing coming out of the country, demonstrated by the number of Philippine authors winning international awards as well as selling to international publishers. With a more discerning market and the availability of content everywhere, publishers are faced with the challenge to become more competitive with their products and systems.” “Our book industry’s imports way exceed exports. Our oldest and largest bookstore chain, National, has more than 200 stores all over the country and has been importing a wide range of books for almost 75 years now. Today, our publishing industry is complex and vibrant with a positive, significant impact not only on our economy but also in forming and educating Filipinos….The number of registered titles released between 2014 and 2015 has gone up by 21 percent.” “Fortunately, it seems that last year we reached the bottom of the downside cycle because there was a small increase in print sales in 2015, mainly derived from the sale of reprinted textbooks. This notwithstanding, if we want to recover the €900 million turnover that has been lost in recent years, Spanish book industry professionals will have to accept that the key channels of growth will not involve mainly the sale of print books, but rather the sale of all kinds of digital content—ebooks, audiobooks, transmedia books, etc.”

“In Spain, our associations are working on projects that combine POD and supply-chain capacities to support the independent bookshop sector in way similar to those of NearSt in the UK, or Aer.io in the US. It’s also important that the project started at the end of 2015 with the collaboration of the Spanish Ministry of Culture and the Spanish Book Chamber in order to recognize ‘quality bookshops.’ The intent is to sensitize the general public about the essential role of bookshops in their communities, improving the economic situation of reference bookshops, and ongoing improvement in service to consumers.” “In order to ensure that we maintain our significance, it’s important that the book industry represents the voices of all those in society. Particularly in these pre-Brexit-tense times, we can bring unity through diversity, in both our publishing world, and we can help them escape from it occasionally…Each book’s needs differ more than ever, and we have to publish the hell out of every single one to break through the noise.” “According to the International Publishers Association (IPA), more than 2,459 titles were published in the UK in 2012 per 1 million people—an average rate of more than 3,000 new or revised titles a week. This ratio is the largest title-output-to-population ratio I have found—on the planet.  In 2015, it rose to 184,000 titles, or 220,000, depending on your data source…Over-supply to narrowing channels feels paradoxical. It’s perhaps the result of publishers working their cost base harder as they slug it out over market share through ‘crowding out’ strategies, as well as making up for diminished average per-title sales by pumping out more product.” “The opportunity for Arab translated books is not merely a business opportunity, it’s also a chance to close the cultural gap, promote understanding of Arab cultural heritage, encourage an inter-cultural dialogue. A culture without translation, or without sufficient translation, is a culture without windows. And in the age of fast tech advancement our understanding of each other might be compromised if we don’t double our efforts to promote professional translation and to build windows of hope and respect between all cultures.” “Distribution is a huge challenge for book accessibility in the Middle East because each country has its own unique set of barriers, making it difficult to impossible for publishers and booksellers to gain entry for their titles…With the opening of Sharjah Publishing City, this won’t be an issue for much longer. The first free zone of its kind in the region dedicated to servicing the publishing sector, Sharjah Publishing City’s integrated distribution company will allow for the free and unencumbered trade of books in Middle East, Asia and Africa—something that will have a tremendous positive impact on reading accessibility in the region.”

Registration opens for the conference at 8:30 a.m. in Hall 4.0, the Business Club, at Frankfurt Book Fair on Tuesday (October 18), with opening comments beginning at 9:30 a.m. In addition to our Markets white paper, you can read our series of interviews and information in relation to The Markets: Global Publishing Summit from Publishing Perspectives and the Frankfurt Book Fair.