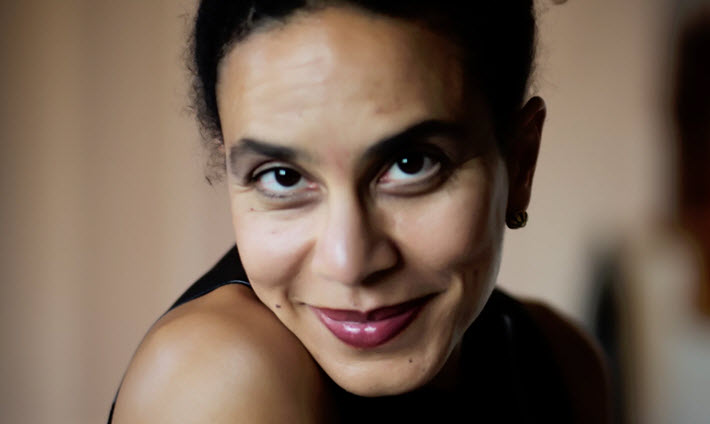 Among articles in our Autumn Magazine with its Frankfurt Book Fair Preview Guide, we hear from Bibi Bakare-Yusuf, the Nigerian publisher at Cassava Republic whose author Sarah L. Manyika is shortlisted for London’s Goldsmiths Prize. As Bakare-Yusuf tells us, ‘Getting our books beyond Nigeria’ is top priority, and the news of the Goldsmiths shortlisting .— Porter Anderson

‘The Technique of Storytelling’

One of the six novels shortlisted for this year’s Goldsmiths Prize—established in 2013 to “celebrate novelists breaking grounds on the form and technique of storytelling”—is Sarah L. Maniyka’s Like a Mule Bringing Ice Cream to the Sun.

Ainehi Edoro writes for Brittle Paper, “Like a Mule Bringing Ice Cream to the Sun is delightful story but also a brilliant character study. The novel features an aging Nigerian woman named Morayo. She lives in a San Francisco apartment cluttered with books and memorabilia. Her days are mostly spent reading and walking.

“But against this backdrop of solitude and habit, Manyika projects Morayo’s past life as a high-society belle.”

Edoro writes of that fact’s significance, “Traditionally, African novels are not celebrated for achievements having to do with the technique of storytelling. Readers and publishers look to African writers to explore themes and subject matters steeped in social concerns. They don’t look to African fiction to reinvent the form of the novel.”

And, as Edoro writes, Maniyka’s honor “does not necessarily prove that African novels can do so much more than add local color to the novel genre. We’ve always known that.” “After years and years of combined efforts of daring publishers like Cassava Republic, book critics, and visionary novelists like Manyika, conversations about African novels are changing. The literary establishment is beginning to see the breadth of Africa’s influence on the formal changes in the novel.”

In a statement released by her publisher, Maniyka says that she is “thrilled to be nominated for this exciting prize and delighted to be in the company of such fabulous writers,” while also thanking Cassava Republic for support given to her and the book.

The co-founder and director of Cassava Republic Press, Bibi-Bakara-Yusuf is quoted saying, “Being a Goldsmiths’ graduate myself, I couldn’t be more thrilled that Sarah’s wonderful novel has been shortlisted for this award, which celebrates qualities of ‘creative daring’ associated with the university.

“When we opened our London office earlier this year one of our aims was to challenge the preconceptions and boundaries of the British literary establishment, so to have an author shortlisted for this prize in particular feels very special to us.”

The other shortlisted novels include: