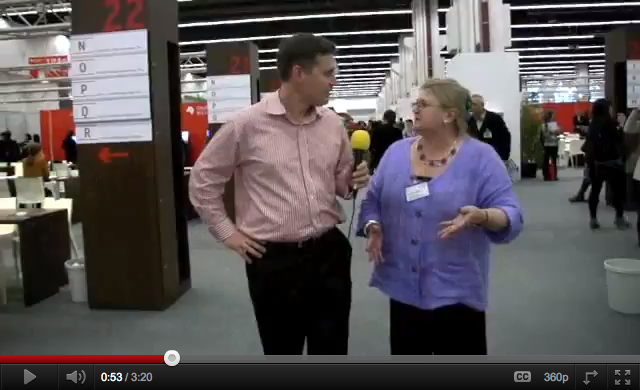 Literary agent Carole Blake, a familiar face in the UK and global book community, passed away on October 25, 2016.

This week, the Blake Friedmann Agency shared the sad news that literary agent Carole Blake (70) died on October 25, 2016: “The loss of such an incredible woman so soon is not something any of us feel prepared for, but we are grateful that she lived so fully to the last, and that she died swiftly and painlessly, on being readmitted to hospital last night, with Julian by her side.”

Back in 2011, Andrew Wilkins interviewed Blake for Publishing Perspectives during the Frankfurt Book Fair:

This is the picture I'll remember Carole Blake by. On her 70th b'day just 3 weeks ago. Champagne in hand & that big, naughty smile! pic.twitter.com/vWhOeZVC8i

Everyone at Pan Macmillan is greatly saddened to hear of the death of our author, colleague and friend Carole Blake: https://t.co/dm5NlQDcic pic.twitter.com/UHDXwtm2L2

So shocked to hear the sad news about Carole Blake. She was a force and a superb agent. Thinking of family, friends and colleagues.

In 2013, Blake celebrated 50 years in the book industry and received the Women in Publishing Pandora Award. She participated actively in publishing community, serving, among other positions, as president of Association of Authors’ Agents, associate VP of the Romantic Novelists’ Association, and chair of the Society of Bookmen.

In addition to representing authors, Blake was herself a bestselling author. At the time of her death, Blake’s bestseller From Pitch to Publication (Macmillan) had been reprinted 19 times.