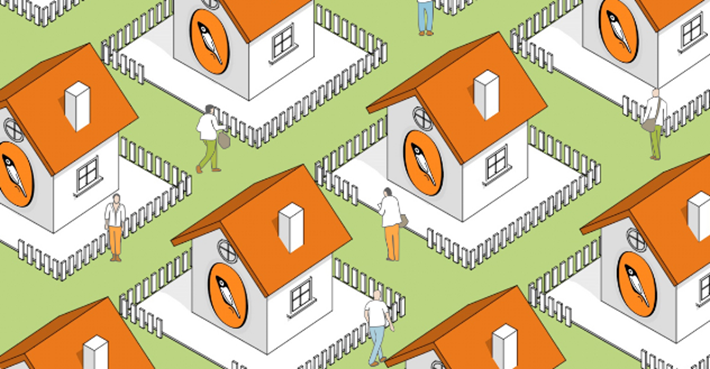 Two assists for authors, one from Reedsy’s curated marketplace of services and the other from a venerable scientific society, both based in London.

‘To Make the Journey a Bit Less Daunting’

London-based Reedsy tells Publishing Perspectives that 64 percent of its business comes from the United States, and reports that many authors who utilize its author-services marketplace need help with a range of self-publishing issues.

To that end, the outfit has released “Reedsy Learning,” a suite of free how-to courses for writers on a variety of topics.

Publishing Perspectives was given a chance to try out the service prior to its launch and has been monitoring an ongoing course called “All You Need To Know About Amazon Algorithms.” Once signed up, the user receives a daily email for 10 days, each with a five-minute (or so) installment in the topic chosen.

The program features sharply rendered graphics in the Reedsy tradition and a mix of how-to courses, as well as some that would fall more easily into the motivational category.

In the how-to group, users will find “Facebook Ads for Authors” and “Book Marketing 101.”

Among motivational options, there are offerings including “How To Stop Talking About Writing a Book and Actually Start Doing It” and “Stop Procrastinating! Build a Solid Writing Routine.” In a prepared statement Reedy’s co-founding CEO Emmanuel Nataf says, “After completing over 1,000 publishing projects in about 18 months, we realized how much help authors needed through the process of publishing a book.

“That’s why we decided to create the best possible content to answer their questions and make the journey a bit less daunting. Reedsy Learning will be the perfect basis to understand how to write a book (both fiction and nonfiction), get it edited, designed, and finally marketed and distributed.”

Nataf will be a featured speaker at 12 p.m. on October 22 in Frankfurt Book Fair‘s International Author and Self-Publishing event in Hall 6.0, E 11, the Publishing Perspectives Stage and this year won the London Book Fair’s Quantum Publishing Innovation Award for Reedsy’s curated marketplace and Reedsy Book Editor tool (which allows writers and editors to collaborate online). The company also is working with publishing houses to provide creative teams that no longer may be on staff.

Reedsy Learning has opened with 10 offerings and “plans to release up to a dozen additional classes in the coming months,” according to press materials.

It has announced a partnership with Overleaf, a collaborative, cloud-based writing and reviewing tool. This association is intended to provide an “authoring template” and simplified submission link for Monthly Notices of the Royal Astronomical Society (MNRAS), published by Oxford University Press on behalf of the RAS.

In a prepared statement, the society says, “Through this partnership, authors submitting to MNRAS will have access to a custom MNRAS authoring template within the Overleaf platform.

“Authors will be able to quickly and easily open the MNRAS authoring template in the Overleaf platform, write articles in the correct journal format, collaborate on those articles with colleagues, and then easily submit via a one-click submission link into the MNRAS ScholarOne submission system.”

The Royal Astronomical Society reports that it has more than 4,000 members, called fellows, a third of them based overseas. They include scientific researchers in universities, observatories, and laboratories as well as historians of astronomy and others.