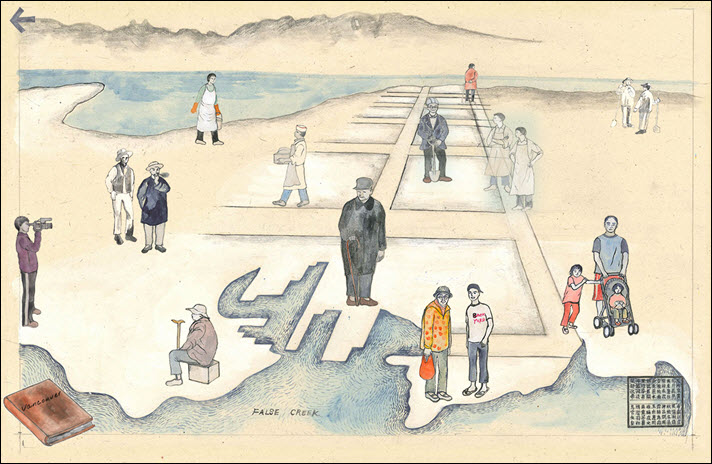 The UK-based New Media Writing Competition opens its seventh year of international entries and access to the UK-based competition is worldwide, open to all. For ‘Writers Working With Digital Media’

As reported at The Writing Platform, Bournemouth University and If:Book UK have opened their seventh annual New Media Writing Prize to worldwide entries in English.

There are several categories:

The entry deadline for all awards except the Student Prize is noon GMT on November 30.

The entry deadline for the Student Prize is noon GMT on December 16.

In the Main and Student categories, the prize’s information says the program looks for “good storytelling (fiction or nonfiction) written specifically for delivery and reading/viewing on a PC or Mac, the Web, or a hand-held device such as an iPad or mobile phone. It could be a short story, novel, poem, documentary or transmedia work using words, images, film or animation with audience interaction. Interactivity is a key element of new-media storytelling.”

In particular, the jury is to watch for: “Innovative use of new (digital) media/transmedia to create an engaging, satisfying narrative, or poem, or as-yet-unspecified form…Ease of accessibility for the reader/viewer. Effective use of interactive elements. A great example of how new media can do things traditional media can’t. The potential to reach out to a wide audience (i.e. not just specialist interest groups).”

In the case of the Dot Award, the material says, “we are looking for projects which aren’t necessarily technically complex but do create original and exciting literary work inspired by the affordances of the web, blogs, apps, social media etc.”

And the Gorkana Journalism Awards, making their debut this year, are meant to attract “innovative stories based on factual material and featuring digital media. Interactive documentaries, multimedia features and serious games are all considered. Entries must incorporate new media technologies and platforms.”

Shortlisted entrants are to be invited to an awards ceremony at Bournemouth University on January 18.

For complete information—including a helpful section called “What We’re NOT Looking For,” see this page.