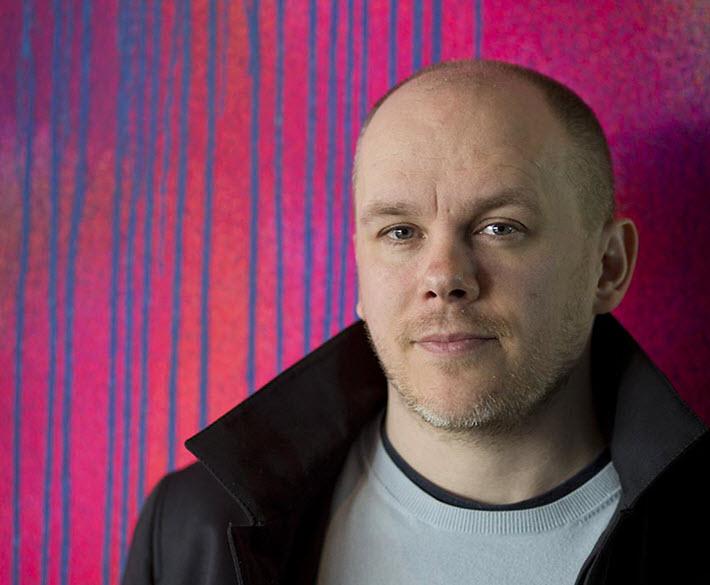 Can the robust tradition of recommendation seen in book clubs be scaled up through digital? Nathan Hull and a Dutch company intend to find out by offering a ‘Choice.’ In our series with specialists who’ll tackle issues in the seven pivotal publishing markets of Frankfurt Book Fair’s and Publishing Perspectives’ conference, we hear today from Nathan Hull, formerly of Penguin Random House UK and Mofibo, and now with Elly’s Choice in The Netherlands. He’s among the players from the Flanders and Netherlands Guest of Honor team speaking on Tuesday (October 18) at Frankfurt Book Fair’s Business Club in The Markets: Global Publishing Summit. (Limited seats remain, hurry.)

Tteam behind The Netherlands’ Elly’s Choice book club model is about to pivot, Publishing Perspectives has learned, and launch a new, international boutique club—a digital evocation of a book club’s traditional place in recommendations.

This is one of the things that attendees at The Markets: Global Publishing Summit at Frankfurt can hear about on Tuesday (October 18) from Nathan Hull, chief commercial and content officer for the Amsterdam-based company. Using the company’s experience in the Dutch market, the team is to start rolling out an offering called Book Choice internationally early next year. Its existing Dutch customers will port to the new service in January.

Book Choice, Hull tells us, will base its content and commercial teams in London and is expected to be available in multiple languages. Its users will be served a small, curated list of titles from many parts of the world including mainstream bestsellers as well as local heroes chosen by Book Choice’s editorial team. International partnerships for the rollout include Vodafone, Samsung and ANWB (the Dutch Automobile Association).

We begin by asking Hull for his three key talking points in this transitional play.

“From the acquisition process to creation, from assuring high quality recordings to distributing the titles widely and investing in marketing, start-to-finish, the audiobook deserves the attention it is finally getting.”Nathan Hull

1. Audio re-focus. “I’ve found it of no great surprise,” Hull says to Publishing Perspectives, “to see recent positive headlines about the audiobook market’s resurgence amid concerns of ebook decline and euphoria about the strength of print.

“The audiobook format has long since been the unwanted runt of the book formats but it quietly has ticked away, bringing joy to many and good revenues to those who gave it attention. Paradoxically, this neglect has perhaps brought the audiobook its phoenix-from-the-flames status.

“With attentions distracted in the last six years by the ebook, enhanced ebooks, apps and whatever else the industry experimented with, the audiobook was free from examination and somehow circumvented scrutiny surrounding business modeling and oddities like DRM. Is it now a coincidence that this format experiences growth and sees a plethora of new businesses (Findaway in the US, Audioteka in Poland, or Ubook in Brazil) thriving and established behemoths getting even bigger?

“The challenge related to this is for publishers and agents to manage that growth without applying the restrictions that allowed it to thrive in the first place. Furthermore, for the potential to be truly achieved, the publisher and the distribution channels need to focus on creating that user habit.

“This latter point is particularly visible in a market such as The Netherlands, where historically there’s been next to no audiobook market but where the whole chain—publisher, author and distributor and studios—will need to focus its belief in the opportunity to reap its rewards. From the acquisition process to creation, from assuring high quality recordings to distributing the titles widely and investing in marketing, start-to-finish, the audiobook deserves the attention it is finally getting.”

Elly’s Choice is “the biggest digital income generator in Dutch publishing and provides something for everyone.”Nathan Hull

2. Curation over saturation. “Content over-saturation is nothing unique to publishing,” Hull says. “Our everyday lives are now full of access to whatever media we want. From news feeds to Netflix and Spotify to Storytel we are simply given access to everything.

“But how many of us truly veer away from our safe zones and what we already know we want? Yes, the access is affordable so cash isn’t the barrier, but arguably isn’t the chore that access removes—i.e. going to a shop or going online and “buying”—simply replaced by a new chore: choosing?

“I acknowledge that some access models have better algorithms and smarter, more intuitive recommendation engines than others, but ultimately a reliable, trusted, sometimes surprising and curated selection of titles seems to be The Netherlands’ most successful model.

“Today, Elly’s Choice does the chore. Much like the editor’s picks in your favorite Waterstones or the front-of-store tables with surprises and new authors, this Dutch model simply works. It’s the biggest digital income generator in Dutch publishing and provides something for everyone. And now the plan is to take this more widely internationally.”

“Country by country I hear this same issue: the desire to monetize the backlist is there but the solutions are not.”Nathan Hull

3. Marketing the backlist. “There’s nothing wrong with the cyclical nature of this hits-driven business,” Hull says to Publishing Perspectives.

“But I believe that with a slight focus to the left and with relatively little effort, there’s much to gain from marketing the backlist and generating significant income streams around the vast catalogues that largely remain dormant once their shelf life has expired. I fully understand the conservatism prevalent in many markets, but this conservatism need not limit experimentation and freedom of movement within the safer financial zones of the backlist.

“Country by country I hear this same issue: the desire to monetize the backlist is there but the solutions are not.

“Our new platform, Book Choice, confronts this conundrum head-on by including mid- and backlist titles by known authors in its monthly selection and then marketing those titles to its global marketing partners. Couple this with some price-incentive activity with an author’s new title and we’re simply replicating an age-old retail technique in the digital age but on a global scale and to an audience of millions.”

Publishing Perspectives: How do you come to see these potentials as you do today? Nathan Hull: If you’re planning a holiday what do you use? Whether it’s your Lonely Planet, your favorite travel blogs, or a recommendation from a friend, you naturally seek to have some of your decisions made for you based on some sources your trust. Whether you’re deciding which sights to see, which restaurants to eat in, or which border-crossing is best, you turn to your favorite trusted source. Book recommendation should be no different.

PP: And that kind of advice is prevalent.

NH: You’ll read your favorite blogs, or have your preferred newspaper reviewers, or your go-to tables in Waterstones.

Those are all curations of sorts. And for publishers, there’ve always been book clubs. Look at the impact of the Richard & Judy phenomenon in the UK with WHSmiths. It’s one of the most sought-after pieces of book sales real-estate on offer. Book club plus direct retail.

PP: Which is part of the model you’re putting forward at Elly’s Choice.

NH: Converting this opportunity in the digital space is the logical next step. Remove the chore of choosing and give the book lover a selection of books they’ll love or at least will take a trusted punt on because they trust your brand and your curators.

Accelerate this hypothesis—and it’s really more than just a hypothesis as we’ve been doing it very successfully in Holland for three years—by bringing in hoards of readers from global brand partnerships into a credible and reliable boutique.

And I truly believe we have a platform that authors and publishers will want to be a part of and consumers will gravitate towards in the droves.

The proof is all in the curating.

Time is short. We recommend fast action to secure your seat at Tuesday’s (October 18) conference. In addition to our Markets white paper, you can read our series of interviews and information in relation to The Markets: Global Publishing Summit from Publishing Perspectives and the Frankfurt Book Fair.