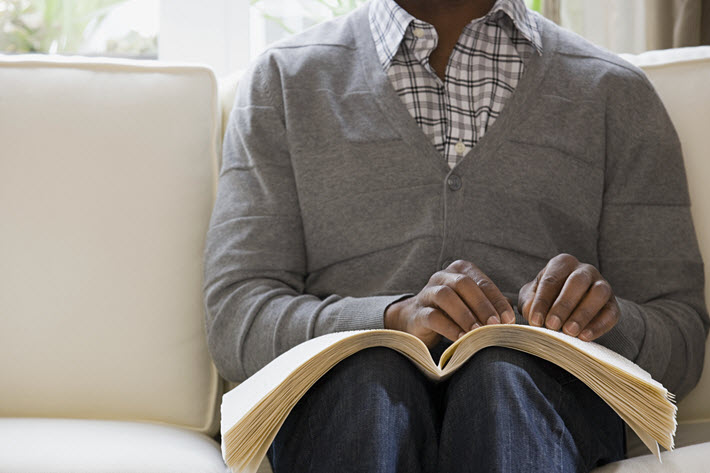 The treaty makes work for print-disabled readers movable across frontiers by libraries and other agencies, without approval of copyright holders. ‘A Game-Changer for People Who are Blind’

Earlier this year, Publishing Perspectives reported on the announcement by Geneva’s World Intellectual Property Organization (WIPO) that a 20th nation had ratified the Marrakesh Treaty.

Meant “to facilitate access to published works for persons who are blind, visually impaired, or otherwise print-disabled,” the treaty’s implementation was triggered by Canada’s accession to it in June. The date on which the treaty then came into full force was September 30.

Teresa Hackett is copyright and libraries program manager with the non-profit Electronic Information for Libraries (EIFL). In a statement carried by infojustice.org, Hackett writes: “The treaty is a game-changer for people who are blind or partially sighted, as well as for libraries that serve people with print disabilities.

“From now on, in all countries that are party to the treaty, accessible format copies such as Braille, audio, digital, and large print can be made on-demand and shared across borders, enabling institutions such as libraries to serve all their users equally–same book, same day. This is because the treaty mandates the making of accessible-format copies and sharing across borders, without having to seek permission from rightsholders.

“In a nutshell, print-disabled people can no longer be denied access to books and other reading materials in alternative formats due to copyright restrictions.

“The treaty applies to countries that are party to it—at the time of writing, 22 states. With every new country that joins, we are a step closer to ending the book famine—the fact that only 7 percent of published works are made available globally in accessible formats. In the developing world, where 90 percent of blind and visually impaired people live, the figure is less than 1 percent.”

Hackett says the treaty’s ratification and now activation “gives libraries a key role in the successful implementation of an important international treaty, and a new global responsibility in providing accessible format copies to persons with print disabilities.”

She points to libraries’ worldwide holdings of accessible reading materials. Under the treaty, only organizations for the blind, libraries, and other so-called “authorized entities” can send accessible format copies to other countries.

The EIFL has played a key role in the treaty progress, supporting five years of negotiations at WIPO and participating in the 2013 conference that sealed the treaty.

Part of Hackett’s prepared statement on behalf of EIFL takes the form of a pledge:

“Let’s look forward to a future where everyone has access to the books they need for education, employment and leisure,” Hackett writes. “Let’s consign the book famine to history.”