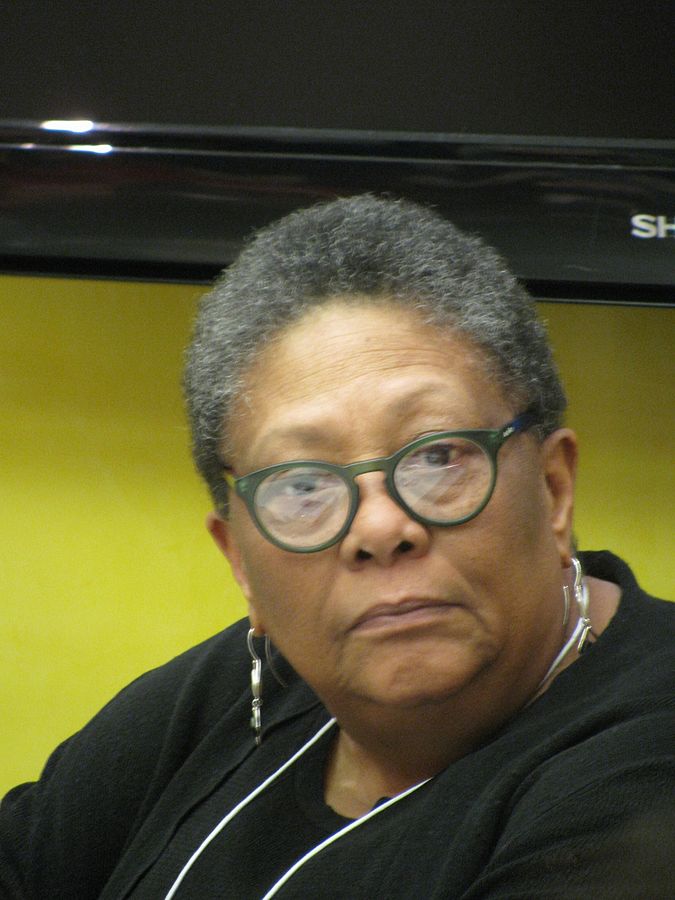 Recognized in part for ‘using her works to advocate for race relations and women’s empowerment,’ author Marilyn Nelson will be the focus of the 2017 Neustadt Festival. The magazine World Literature Today has announced that Marilyn Nelson is the winner of the 2017 NSK Neustadt Prize for Children’s Literature.

Awarded in alternating years with the Neustadt International Prize for Literature, the biennial NSK Prize is given in recognition of “great achievements in the world of children’s and young adult storytelling. The Ohio-born Nelson—a poet, children’s book author and translator—is a professor emeritus with the University of Connecticut. She has written or translated more than a dozen works, and has been honored with a Newbery, a Coretta Scott King award, and the Pushcart Prize.

Other notable honors include the post of poet laureate to the State of Connecticut, fellowships with the Guggenheim Foundation and the National Endowment for the Arts; and the Poetry Society of America’s distinguished Frost Medal. She’s a three-time finalist for the National Book Award.

Among her best known works are the collections My Seneca Village; A Wreath for Emmett Till; Carver: a Life in Poems; her latest, American Ace; and a memoir, How I Discovered Poetry.

A Wreath for Emmett Till is based on the 1955 lynching murder of 14-year-old Emmett Till. In reviewing the work, Booklist’s critic writes:

“[Nelson’s] rigid form distills the words’ overwhelming emotion into potent, heart-stopping lines that speak from changing perspectives, including that of a tree. Closing notes offer context to the sophisticated allusions to literature and history, but the raw power of many lines needs no translation. Nelson speaks of human history’s deep contradictions: ‘My country, ’tis both / thy nightmare history and thy grand dream.'”

In a prepared statement about the NSK, Robert Con Davis-Undiano, who oversees the prize as editor of World Literature Today, is quoted saying, “Marilyn Nelson is an important author who has used her works to advocate for race relations and women’s empowerment.

“Her engaging, lyrical style builds awareness around sensitive issues through human, and even humorous, storytelling that both children and adults can relate to.”

The NSK Prize may be awarded to any writer or illustrator of children’s or YA literature worldwide. A panel of authors selects both the nominees as well as the perceived importance of an artist’s overall contribution to children’s literature.

The Prize was first given in 2003. NSK winners are awarded $25,000, a silver medallion, a certificate of recognition, and a literary festival hosted in their honor.

The 2017 Neustadt Festival will honor Nelson in October 2017.